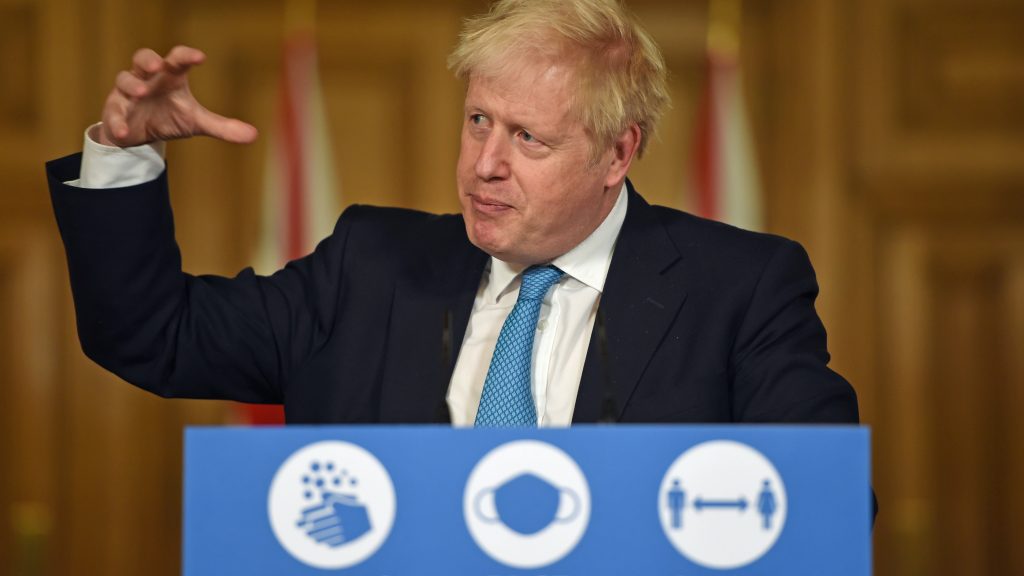 A parent who asked the prime minister if he could still see his son under new local lockdown rules has said he was left “shouting at the television” after Boris Johnson failed to answer his question.

Chris Eldridge, from Margate, Kent, asked Johnson whether he would be able to visit his son in Essex if either area rises from the “medium” level of restrictions — as much of Essex will do from 17 October.

Eldridge said he was left unhappy with Johnson’s response after he advised Eldridge to check the rules on the government’s website. Johnson also suggested parents who live apart from their children may face restrictions if one of their areas goes into stricter controls.

Each of the three new lockdown tiers, including the “very high” level, includes an exemption for children who live apart from their parents. Meaning the prime minister got his coronavirus rules wrong again.

I felt he was just pushing it by the wayside, by saying to go on the website.

I was on the website, I had to go on the website to submit my question. Obviously, I had gone to the website to try and find the answer to my situation. Considering all the steps you go through to submit a question, it would have been a lot easier, a lot quicker, to get my answer if I were to find it on their website.

Initially I didn’t pick up on the fact he said there might be restrictions.

Five minutes later I got forwarded an article that actually gave me the answer I was looking for.

I just wanted to try and find an answer to my situation before I actually go and pick my son up and potentially get in trouble for doing so.

Eldridge lives apart from his six-year-old son. During the peak of the pandemic, Eldridge didn’t see his son for seven weeks due to fears of putting him at risk. He said:

It was hard going from seeing him every weekend, but fortunately with a bit of technology I could still speak to him, but that’s not the same thing.

He added that he was left disappointed by the government’s unhelpful response:

I understand that the Government aren’t going to be able to provide an answer to everybody’s situation, but you can see that my situation is going to be the sort of thing that’s troubling quite a few people.

He said the response felt dismissive:

It felt like he discarded the question as nonsense and moved on to the next one.