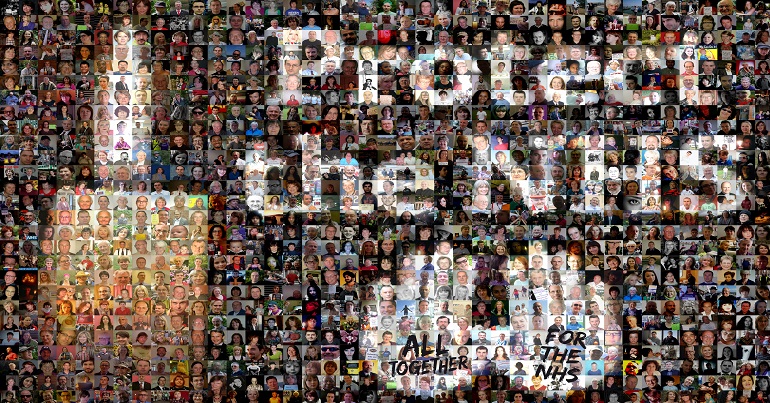 On 23 July, Skwawkbox published revelations about alleged voting, constitutional, and financial irregularities at the Labour Party affiliated Socialist Health Association (SHA). Since the publication of that article, further allegations have come to light.

Some members of the SHA, who wish to remain anonymous, spoke to The Canary about these allegations. In particular, they discussed how the current leadership has dealt with them. One longstanding member described events in the SHA as a “power grab by the right”. This “power grab” could go beyond the voluntary SHA to destroy the NHS as a healthcare provider that’s “free at the point of delivery”.

Campaigning for “health and well-being”

Founded in 1930, the SHA “is a campaigning membership organisation” that promotes:

health and well-being and the eradication of inequalities through the application of socialist principles to society and government. We believe that these objectives can best be achieved through collective rather than individual action.

for an integrated healthcare system which reduces inequalities in health and is accountable to the communities it serves.  We are affiliated to the Labour Party. Until 1980 we were called the Socialist Medical Association [SMA].

But that stance and campaign could be under threat if the allegations are true. Likewise, the principles it stands for:

SHA influence on the NHS

When it was the Socialist Medical Association, the SHA campaigned for an NHS with the Labour Party. Since the Labour government established the NHS in 1948, the SHA has:

continued to work for a truly socialist health service, believing that the health of the people is the concern of the people themselves.

More recently, the 2017 Labour Party conference, adopted the policy to defend the NHS from a system based on the American model, which could lead “to a diminished range of services”. This policy change originated in an SHA motion.

However, if there’s a “power grab by the right”, it could, according to the SHA members who spoke to The Canary, damage all that good work. Because they feel the current leadership, through its relationship with the Labour shadow front bench, is allowing Tory NHS privatisation to go unchallenged.

Under the leadership of Jeremy Corbyn, Labour challenged Tory management of the NHS. Corbyn famously revealed a dossier highlighting the possible sale of the NHS to Trump during the 2019 general election campaign. Although some in the SHA told The Canary they believe shadow health secretary Jonathan Ashworth:

Since those days, Labour opposition to Tory mismanagement of the NHS is somewhat lacking. And these SHA members feel Ashworth hasn’t led credible attacks on Tory NHS policy.

These SHA members accuse the current SHA leadership of “corruption”. Furthermore, they claim SHA leadership is failing in its duty, as a socialist health policy campaigner, to protect the NHS from Tory privatisation.

As explained in the Skwawkbox article, the SHA chair and secretary prevented the then treasurer from investigating irregular financial transactions on its PayPal account. The SHA designed its PayPal account mainly to receive member subscriptions.

The Canary has since learned these transactions allegedly include monthly payments, without invoices and without treasurer approval, to the SHA’s administrator, as well as expenses payments to the secretary. The administrator is also the current secretary’s husband. One SHA member expressed surprise at the need for an administrator, as:

In addition, they claim the leadership removed several national elected members because of failings in the PayPal reminder system. The system caused delays in paying their subscriptions. In an email seen by The Canary, one member described recent events as:

a very difficult and turbulent year for the SHA and much has changed since the election of a new Chairman, Brian Fisher in February.  Few of us would have been able to predict the autocratic way in which the association is now run.

Consequently, it is now time for the Chairman and Secretary to account for their decisions and actions to the wider membership through a joint meeting of the English branches.

Because they said his actual behaviour is:

Another SHA member told The Canary of a recent central council meeting they attended on Zoom. They described it as:

the worst conducted meeting they’d ever attended in their life

Certain members claim the meeting organisers blocked them from speaking when the “zoom controller” silenced them.

These SHA members believe the efforts to takeover the SHA could in part be motivated by a desire to steer Labour Party health policy in a privatised direction. This could be achieved through implementing NHS England’s Long Term Plan. This is in complete contrast to official Labour Party policy to fully return the NHS to public hands.

The Canary asked an SHA member if they’d describe these events as a “coup”. They responded:

if somebody were to describe it as having the attributes of a coup, they wouldn’t be necessarily far away

While another member said one group within the SHA wishes to:

transform the organisation into a vehicle to meet personal and (at best) neo-liberal ends… they have not demonstrated support for the defence and reinstatement of the NHS but may pay lip service to this.

The dominant national situation with its manifest disregard for democratic processes and its concomitant rejection and destruction of laid down procedures and checks and balances, in order to impose an ideology that benefits a very narrow interest group, is being reflected and re-enacted within the SHA at present.

These SHA members now want the chair and secretary:

to account for their decisions and actions to the wider membership through a joint meeting.

be convened to discuss the current constitution of CC [central council].

The Canary made several attempts to contact SHA leadership for comment on all of these allegations. The SHA did not respond by the time of publication.

The Labour government, with support from the SHA, established the NHS so it would be free of charge to help everyone in need. Tory management of the NHS threatens that. Both Labour and the SHA now need to be robust in defending the NHS to ensure it remains true to those values.

This is even more important during a pandemic. The SHA can use its position to pressurise the Labour Party shadow front bench so that it stands up for a publicly run NHS.