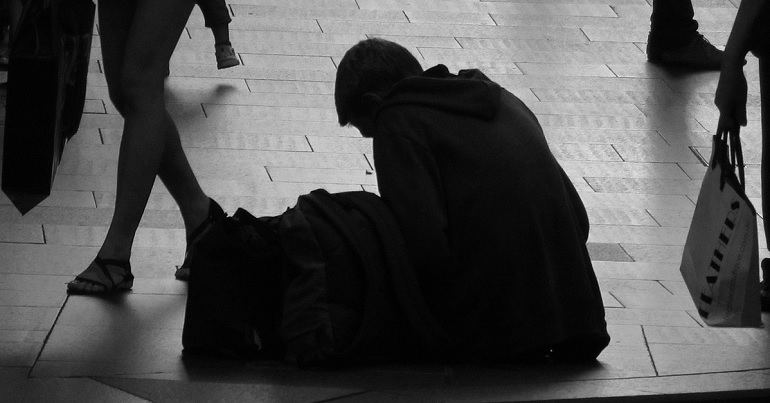 This article was updated at 8:00am on Tuesday 26 June to correct an error. It previously stated that the scheme was open to anyone. It is in fact only open to people with direct experience of homelessness or housing crises.

A groundbreaking homelessness organisation has launched an innovative programme. It’s one which aims to try and make a change in the current crisis sweeping the UK.

Disclaimer: the author of this article is also a lecturer for this project.

The Museum of Homelessness was founded in 2014 by Jess Turtle and her husband Matt. They were involved with the Simon Community, a London-based group of street homeless people and volunteers. The community had an archive of almost 7,000 homelessness-related items dating back to the 1930s. These were sitting idle in a Welsh attic. So the community and the Turtles thought that something should be done to share this material. And that’s where the idea for a museum was born.

But now, the museum has turned its attention to education. Specifically, it has launched a six-month programme to train people in what it calls “creative campaigning”. The Canary caught up with Jess to talk homelessness, driving the will for change, and whether politics can ever be a catalyst for this.

The Museum of Homelessness’s “Catalyst” programme is a six-month course on the art of creative campaigning. As the museum says, it will be:

using what’s gone before to make change today. You’ll learn about the great tradition of people standing up to make change in the UK and apply this to your own ideas for change in homelessness and housing.

The idea is a simple one: to give people the tools to campaign creatively. It’s only open for people with direct experience of homelessness, rough sleeping, or the housing crisis.

Museums: a force for change?

Jess told The Canary that the inspiration behind the Catalyst programme was the principles of museums themselves; ones she believes show that they should not be “neutral” when it comes to politics:

We believe that museums are not and should not be neutral. Since the first public museum opened in the early 1600s, museums have been literal powerhouses – inextricably linked to empire – which have shaped public thought and opinion… The Museum of Homelessness is not political with a large P, of course. But we are driven by social justice principles, not least because many of our people have experienced homelessness. In 2018, we are in a situation where there is: a 169% increase in rough sleeping since 2010; a decimation of council housing stock; devastating impacts from welfare reform; cuts to services; and slum-like temporary accommodation run by the private sector. It is not a time to be neutral. It is a time to get up and do something.

The idea of ‘getting up and doing something’ is at the core of the Catalyst programme. Successful applicants will have an intensive eight-day introduction during September 2018, where they will study everything from campaigning journalism (with the author of this article) to the principles of museums. But crucial to Jess is the idea of ‘inclusion’ for the programme; or rather, that nobody is excluded. As she told The Canary:

It was extremely important to us not to have educational or academic criteria for recruitment. Museums are public institutions and should be for everyone. The museum sector is over-professionalised and, in fact, is second only to architecture in the general requirements for entry. We can see why this might be necessary for specialist collections, but we want to show it’s gone too far. In addition, the history of homelessness is a history of exclusion. And we want to change that.

Once participants have completed the eight-day programme, five will be selected to go further. This will be a five-month paid contract with the museum. Participants will be developing a “change-making mini-project by the end of the programme – an event, a workshop, a display, a piece of direct action or a digital campaign”.

The museum’s hope is that, by inspiring and nurturing people to campaign, success will follow – and ultimately produce change. Where politics often fails, the museum hopes to create and inspire success. As Jess noted:

Our archive shows us that grassroots, non-politically-affiliated action has often shown the way for change in homelessness. The power of the grassroots for change is undeniable. This lineage is being continued today with groups like Focus E-15 and Streets Kitchen.

Be the change you want to see

The Museum of Homelessness’s Catalyst programme is an inspired idea. There can be no better catalyst for change than people’s direct, lived experience of a crisis; in this case, homelessness. Because often, only people who’ve lived something actually understand it. As Jess told The Canary:

Collectively, we believe that those who have the keys to culture have great power to change society for the better. Catalyst will hand those keys out and offer people the opportunity to develop change-making initiatives… We hope that the trainees will be inspired to carry on a great tradition of rising up to make change – change that offers a ray of light in the history of homelessness.

If just a few rays of light are shone onto the homelessness crisis, Catalyst will have been a success.

– Apply for the Catalyst programme. And support Streets Kitchen, promoting solidarity rather than charity.