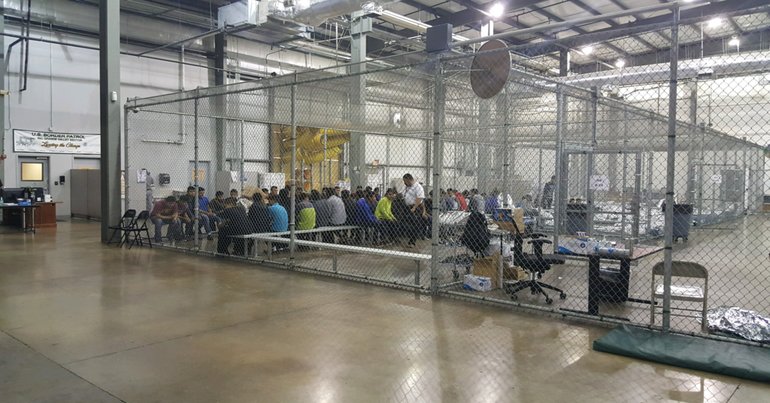 A leaked undercover operations training manual reveals how US agencies were authorised to carry out entrapment and other illegal activities against people who immigrated to the United States. These included forming long-term sexual liaisons with targets.

Independent investigative media outlet Unicorn Riot has now published the manual [pdf]. And a Freedom of Information Act (FOIA) request by GovernmentAttic.org has established that the manual has been operational for at least eight years (from April 2008 to the end of 2016). But Unicorn Riot believes much of it is still in use:

Yesterday we published a leaked copy of the #ICE Undercover Operations Handbook. The copy we received was dated 2008 but is known to have been current up to 2016. Current ICE policies are believed to include much of these same materials. https://t.co/oOjM3ATpFt pic.twitter.com/4c8sG23FbI

The manual reveals how US Immigration and Customs Enforcement (ICE) officers can infiltrate religious, political and media organisations, while also carrying out a range of undercover operations, including: entrapment, the adoption of fake IDs, and forming long-term intimate relationships with targets to get information.

Below are seven examples:

ICE provides cover to undercover agents and informants, as well as fake businesses for use during infiltration, using a variety of methods. One passage reveals how they are provided with fake social security numbers by the Social Security Administration https://t.co/oOjM3ATpFt pic.twitter.com/GzMoEtwC4G

In portions of the manual dedicated to cultivating infiltration operatives, possible roles taken by those working undercover for ICE are listed to include:

"Corporate backstopping" is ICE lingo for the steps they take to try to prevent their shell companies from being discovered. Methods include: fake EINs issued by the the IRS, fake FAA & Coast Guard registrations & credit cards taken out for fake businesses https://t.co/oOjM3ATpFt pic.twitter.com/2USFWn5KAK

ICE also devotes a few pages of the manual to instructing agents about laws around entrapment, with an eye towards preventing defendants targeted by ICE undercover operations from using an entrapment defense in court. https://t.co/oOjM3ATpFt pic.twitter.com/RETHYv4pCb

ICE undercover operations can self-fund through a variety of methods including taking money from people & businesses targeted by ICE, "income/profits from undercover endeavors" and interest earned in fake bank accounts for ICE shell companies https://t.co/oOjM3ATpFt pic.twitter.com/VjMDk34akM

This could be straight out of the UK’s spycops scandal:

But when it comes to the imprisonment of refugee children, Australia led the way – as one lawyer has pointed out:

If you’re outraged that #Trump plans to now indefinitely imprison families seeking asylum you need to know he learnt that from Australia. We’ve been doing that exact thing for past 5 years on #Nauru. In fact more than 120 children are still behind caged fences now. Let’s end it. pic.twitter.com/5DnH4Z2twc

In August 2016, a joint report by Human Rights Watch and Amnesty International condemned the forcible and indefinite imprisonment of refugees, including children, on the isolated and tiny Pacific island of Nauru. This followed a similarly damning report [pdf] in 2014 by UNICEF and Save the Children.

The policy of separating immigrant children from their parents was enacted under the Trump administration in May 2018. And attorney general Jeff Sessions had issued a “zero-tolerance policy” on 6 April.

Over a six-week period in April and May 2018, the number of children whom authorities separated from their parents after they crossed the Mexican-US border was around 2,000.

took in more than $4.9 million from ICE on May 30, part of a $39 million contract that began in 2015. According to a government database search, the contract goes toward “operations and maintenance” of Falcon [pdf], Palantir’s proprietary intelligence database that tracks immigrants’ records and relationships.

Palantir chair Peter Thiel (a board member at Facebook) is also reportedly considering financing Anduril, a company that is developing a virtual border wall using radar, infrared sensors and cameras.

It’s now understood that US president Donald Trump’s immigration plan may see children reunited with their parents – but only if they accept deportation:

The administration is making this crystal clear: they’ll reunify families only after parents agree to waive both their AND their kids’ fight to stay in the US.

For parents who want to pursue asylum claims, reuniting appears as near-impossible as ever. https://t.co/VFhPR8rR40

The recent scandal surrounding how the US deals with immigrants, meanwhile, may just be the tip of the iceberg.

Featured image via Wikimedia Commons (Note: Custom and Border Protection gave the image to a reporter on a tour of the immigration detention facility in McAllen, Texas, in June 2018. Reporters were not allowed to take their own photos.)