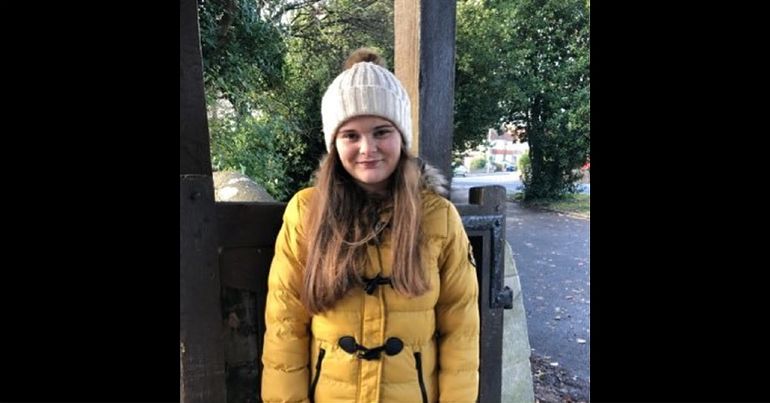 A 16-year-old has launched a petition about mental health services and it looks like it could pick up some serious support.

Rosie, who tweets as “the little leftie“, is a student from Brighton. She is also a Labour Party member who uses her Twitter account to comment on politics. But after her own upsetting experiences of children and adolescent mental health services (CAMHS), she decided to take action.

The petition, which you can sign here, is simple. It states:

NHS children and adolescent mental health services (CAMHS) are so poorly funded that young people are often left to suicide before they get the help they need. CAMHS are having to turn away children with complex psychological conditions. No child should be told they are not ill enough to get help.

But Rosie’s desire for change comes from real world experience of CAMHS. She told The Canary:

I started the petition because I was turned away from CAMHS last year when I was agoraphobic. I couldn’t get out of my house or go to school without having a panic attack and the school would constantly have to send me home because my anxiety was so severe. When I got the letter saying I didn’t meet thresholds to get help, I felt so alone. I had to recover alone. Luckily, I had a good GP but they aren’t counsellors or psychologists. I had to sit my GCSEs in a full exam hall because I didn’t have the CAMHS referral to have my own room. I really wanted to do something so that CAMHS had enough money to actually help children.

Her experience, while upsetting, is sadly not uncommon.

Referrals to CAMHS have increased by 26% in recent years. But services are not keeping up with demand. As the Guardian reported, in 2017/18, CAMHS rejected referrals for at least 55,000 children. That’s over 150 children a day not getting the support they need.

The reason for this appears straightforward. Between 2010 and 2015, NHS England cut around £50m from CAMHS. This was a 6% real-terms drop in spending. Then, in 2015, the government said it would give an extra £1.4bn to CAMHS by 2020. But a report by the charity Young Minds found that often councils weren’t spending the extra money where they should have been. So CAMHS is still in chaos.

This shows in the waiting times. The NHS says no one should wait more than 18 weeks for treatment. But as Young Minds reported, on average in 2017/18:

But for Rosie, the problems run deeper than just CAMHS in the NHS. She believes the education system could do a lot more to support children living with mental health issues. She told The Canary:

There’s definitely not enough support for mental health, especially in secondary school. Now I’m at college, it’s a different story and there’s quite a bit of support. Secondary and primary schools need to have counsellors and this should be compulsory by law. It should also be recommended that there’s more than one that can specialise in different things like anxiety, eating disorders, depression, OCD… Mental health education also needs to be compulsory from as young as possible. [We need] to teach children that one, they are not alone, and two, how to be accepting and helpful to those who are struggling.

Again, this lack of support seems to be down to funding issues. As the Guardian reported in 2017:

almost 80% of primary school headteachers responding to a survey said a lack of money prevented them from providing mental health support in schools such as counsellors.

All this needs to change, and quickly. With the rates of mental health issues in children constantly rising, a crisis is on our doorstep. Rosie told The Canary:

I hope the petition will bring more funding to help CAMHS do the work they actually need to do; to make sure inpatient care isn’t a hundred miles away and to ensure that nobody has to wait longer than four weeks to get support.

Rosie’s poignant story should be enough to make any politician sit up and think. But the time for thinking is probably over. Because in the face of such stark evidence, the crisis in CAMHS can no longer be denied. So action is needed. And Rosie’s petition could be the start of that.