Amid the coronavirus crisis, a wealthy publisher shuts down an 'important progressive media outlet' - Canary 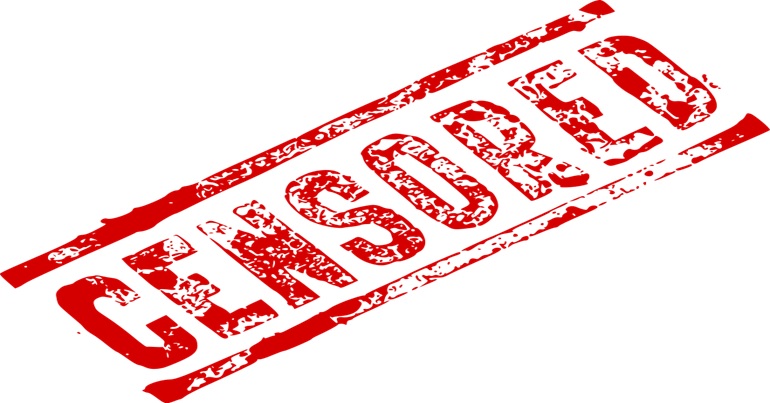 UPDATE: This article was updated at 11.55am on 15 April to include a response from Zuade Kaufman.

On 25 March, staff at progressive media outlet Truthdig got an email from on high. It essentially fired them and announced the dissolution of the company. Two weeks earlier, they had gone on strike over “unfair labor conditions”.

A week before the email, The Canary spoke to Truthdig‘s star columnist – the award-winning Chris Hedges. He was representing the striking employees, and he highlighted the role the site’s publisher was playing in tearing down what employees had spent years building up.

The publisher of Truthdig, Zuade Kaufman, who has lent the site an estimated two or three million dollars, has had over the past few months several clashes with the editor-in-chief and co-owner of the site, Robert Scheer. These disputes have revolved around editorial decisions that Scheer has made. And they include his critiques of the Democratic Party, his critique of the whole Russiagate hysteria. And finally, the publisher decided that she would remove Scheer… she did this by attempting to smear him claiming that… he was bullying and harassing the staff, which was patently untrue. And so Scheer got legal counsel. They started mediation. And then the publisher… gave a deadline… by which she would withdraw the money from the site and bankrupt the site and therefore seize control of the site, all of its assets, get rid of Scheer.

right before the deadline, all the senior editors including the copy desk – well, initially it was all the senior editors and major contributors at Truthdig… – announced in a joint letter that was posted on the site on 11 March that they were beginning a work stoppage to protest not only the removal of Scheer, but a series of unfair labour conditions that the publisher had imposed on the workers at Truthdig.

Some of the controversial labour practices Hedges mentioned included:

contracts that compel workers to sign away their basic labour protections, employee handbook guidelines that are tantamount to gag orders, and then – within these contracts which Bob Scheer never saw – requirement that all employees report directly to the publisher Zuade Kaufman.

The contracts are quite amazing and include a waiver of just about every civil and labour right you have, in fact probably every one. … This becomes a requirement – to waive all of these protections – in order to work for Truthdig.

He also spoke of a “very disingenuous” open letter from Kaufman (which staff members quickly responded to), saying:

she painted [it] as if her staff had a wide variety of benefits which, in fact, as far as we know, only one person on the staff has, and they are not on the editorial side anyway. There has never been a parental leave policy, and we don’t have – collectively – performance reviews, and there aren’t raises. She also tried to argue that our concerns about unfair labour practices had been not brought to her attention. That was also patently untrue. There were two women on the editorial team who raised concerns directly to her about her policy – this is appalling – of forcing copy editors (who all joined us the next day on the strike) to remain on call… for shifts that can last several hours. But she’s only paying them for the amount of time they’re actively engaged in editing stories. There was another senior editor who took additional labour complaints, including the… issue of signing away labour and civil rights, to Kaufman’s lawyer in February. There was another female staffer who resigned over a separate labour complaint a year ago.

It is really the abuse of power by a wealthy publisher, who is destroying the editorial independence and, I would argue, the journalistic credibility of an important progressive site…

After their dismissal, Hedges and several colleagues wrote that Kaufman had:

They also pointed out that:

while she can retreat into her privilege amid an unprecedented public health crisis, the rest of us do not have that luxury.

The Canary reached out to Truthdig for comment, but had received no response at the time of writing.

After publication, Kaufman told The Canary:

Much misinformation and disinformation is being disseminated about what’s going on at Truthdig. Let me set the record straight.

Robert Scheer and I created Truthdig LLC and launched its website in 2005. We were co-founders and co-owners. Since the outset, I have been Publisher and CEO, he has been Editor-in-Chief, and together we have had shared authority over content on the site. Nothing has changed in that regard.

As a progressive, I care deeply about workers’ rights and have always believed in a fair and equitable workplace. While Truthdig LLC is a small company, we always sought to be generous with the compensation provided staff and contributors. Employees on both the editorial and publishing sides of the company were offered a wide variety of benefits based on hours worked and tenure. The entire editorial staff availed themselves of Truthdig’s teleworking policy. All employees who were terminated as a result of the impending dissolution of the company were offered separation packages ranging from two to six weeks of pay.

Any suggestions that Truthdig employees weren’t covered by the full panoply of federal, state and local labor and employment laws are categorically false. In fact, employees couldn’t lawfully, at the inception of their employment, have prospectively waived rights and claims that may later have arisen during their employment with Truthdig; nor were they asked to do so. While a few copy editors were on call to handle breaking news, we structured their schedules to accommodate the flexibility they requested and comply with the law.

I’ve always maintained an open-door policy with staff and contributors. The issues raised in the work stoppage were never previously brought up to me, to our HR or, as far as I know, to Bob. Amid the work stoppage, I told staff and contributors that I support the democratic process of petitioning the National Labor Relations Board to conduct an election and explained to them the process to do so. I also told them that while business issues between Bob and me aren’t an appropriate subject for collective bargaining, other types of concerns raised by them are.

Negotiations to dissolve Truthdig LLC preceded and have nothing whatsoever to do with the work stoppage and aren’t rooted in editorial differences. The underlying reasons for the dissolution are irreconcilable business and personal differences between Bob and me. I never manufactured employee complaints against Bob, nor did I need to do so to initiate dissolution proceedings. The differences between us are laid out in the Complaint for Dissolution filed in Los Angeles Superior Court on March 25th. …

I’m proud of what Truthdig has accomplished. We’ve been a voice for progressive politics, social justice, humanitarian issues, the environment, women’s rights and more.