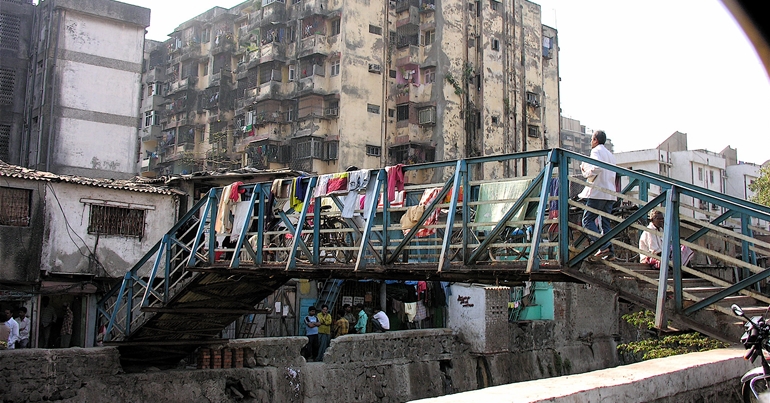 People across the globe are grappling with the coronavirus (Covid-19) pandemic. But while prime minister Boris Johnson claims “we’re going to beat it together”, a doctor in India has highlighted perfectly that the fight against this virus is anything but equal. Because in a poignant message now doing the rounds on social media, they explain why the criteria for staying safe is easier for some to follow than others:

How we’re asked to keep safe

The NHS website’s advice to people living in the UK is:

It also advises on:

But all of this wonderful advice requires you to have the tools (i.e. necessary cleaning and spatial facilities) to follow it correctly. And not everybody has these tools. This is exactly the point that the Indian doctor was making.

Despite the UK being in the top ten richest countries in the world, many people are struggling to follow these guidelines. One person explained exactly why that’s the case, stressing:

In the US, meanwhile, disabled people are also at risk of being neglected. As the Mirror reported:

People with Down’s syndrome, cerebral palsy and autism could be left to die of coronavirus under new guidelines in the United States.

Measures have been suggested for doctors on who to prioritize for treatment as the country grapples with an outbreak seemingly out of control.

Furthermore, in the UK, the current pandemic poses problems for people who rely solely on cash. According to Link, which operates a large proportion of UK cash machines, cash usage has halved in the second half of March. Some shops are also insisting customers pay by card, rather than cash, during the crisis.

Gareth Shaw, head of money at not-profit organisation Which?, said:

We are concerned this will leave many vulnerable people unable to pay for the basics they need.

Some people, meanwhile, wondered how it was affecting the Indian doctor’s country.

Over a quarter of India’s 1.3 billion people “live below the poverty line”, according to Al Jazeera. And recent lockdown measures imposed by prime minister Narendra Modi were heavily criticised because they hit poor people hardest, leaving them hungry.

Although this pandemic affects all of us, it has a disproportionate effect on women and impoverished people. One researcher at the London-based International Institute for Environment and Development, Cecilia Tacoli, said:

Proximity is an important driver of infection, and low-income settlements in many cities of the Global South are very densely populated

Given that new infectious diseases will likely continue to spread rapidly into and within cities, low-income settlements need more effective infrastructure.

Being ‘in this together’ means no exceptions and nobody is left behind, regardless of gender or social class. So if they’re serious, international governments and those who remain in business during this period need to do much better.