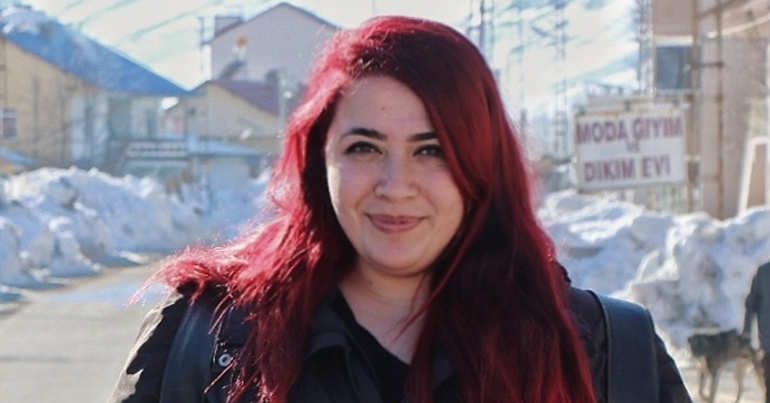 When I first interviewed Kurdish women journalists in 2015, I was in awe at their bravery. As reporters in Bakur (the majority-Kurdish area of Turkey), they risked prison, faced death threats from the police, and were even targeted with live ammunition while reporting.

Fast forward five years, and nothing has changed. Canözer is, once again, facing prison. On 17 June 2020, she was “sentenced to 1 year, 10 months and 15 days in prison”. Her crime this time? Four comments and one like on social media. She has been sentenced once again for ‘propagandising for a [terrorist] organisation’. Terrorist-related charges are consistently misused by the UK’s ally, Turkey.

When The Canary visited Canözer’s organisation Jin News this year, we were told that there are currently 14 “free press” women in prison, nine from their organisation. “And we are all under investigation,” the women said. They told us about the situation for women in Turkey:

Every day women go missing, get raped and arrested. There is a dictatorship here. Even if Turkey seems like a modern, liberal country, it is not.

I spoke to Canözer after her sentencing. She explained:

I posted and shared news on my social media platforms, and now I am facing prison simply for sharing them. They argue that the news I had shared contained terrorist propaganda, but I am a journalist. My job is to report all news.

I asked her why Turkey is intent on targeting women journalists. She replied:

Turkey is scared of the women’s struggle, and that the truth [about fascistic and misogynist Turkish policies] will be revealed. That’s why it carries out all its attacks specifically against women. As women journalists – and especially as opposition women journalists – we are targeted because we are the voice of women, and because we are part of the women’s struggle.

Canözer explained how misogyny becomes ingrained. “We have actually internalised misogyny”, she said, “and therefore we’re victims of it among ourselves, too”.

“We will not stop being part of this struggle”

Despite every single one of their journalists being under investigation by the police, the women at Jin News refuse to be intimidated. They said:

The reason we’re here is to reveal things that the government wants to hide. Even if we know we will be arrested, go to prison and stay in there for years, or even die, it doesn’t stop us…We will show the truth to the people.

Canözer echoed this. She said:

As female journalists, we will not stop being part of this struggle. As Virginia Woolf said: “Women, write…Write without thinking about what men say”.

There are tens of thousands of political prisoners in Turkey

Turkey is becoming infamous for being “the world’s biggest jailer of professional journalists”. But there are also tens of thousands of political prisoners – activists, musicians, academics, human rights defenders, writers, politicians, and, well, anyone critical of president Recep Tayyip Erdoğan’s fascistic AKP government – who have been found guilty of charges similar to Canözer. And, terrifyingly, increasing numbers are being sentenced for “insulting the president“.

Kurdish women have been campaigning about the conditions in Turkish prisons, and for the release of political prisoners, for years.

Kurdish women have joined with women around the world to campaign for political prisoners everywhere. A call for solidarity has been released by a number of organisations, including the Free Women’s Movement (TJA) in Kurdistan, as well as the Women Democratic Front Pakistan, Ruba odeh Palestine, Abya Yala Feminists, National Front for Egyptian Women, Moroccan Association for Progressive Women, and the Revolutionary Association of the Women of Afghanistan. The call is called Solidarity Keeps Us Alive.

Prisons are spaces isolated from the public. With their high walls and barbed-wire fencing, they exist in order to silence the voice of political prisoners and isolate them from society. Even though it is always important for us to become their voice and bring the “inside” to the “outside”, this task becomes ever more essential and urgent while their health and lives are increasingly at serious risk from the Coronavirus pandemic. We on the ‘outside’ should defend our sisters in resistance, voices of opposition, revolutionaries and political prisoners on the ‘inside’. It is our duty to protect their lives!

The organisations are calling on women around the world to join them:

• To establish meaningful contact between prisoners, especially women, relatives and supporters and to make the situation and voices of the prisoners heard in society.
• To set up initiatives in all countries to support prisoners and launch petition campaigns against the prison policies of governments.
• To demand the United Nations, Committee for the Prevention of Torture (CPT), Amnesty International (AI) and similar organisations exert political and diplomatic pressure on the states in question, demanding the immediate release of all political prisoners.

“Our struggle must be one”

Canözer also calls for solidarity between women around the world. She said:

We should be in solidarity with each other against male-state attacks, and against the targeting of women journalists around the world. Wherever we are in the world, no matter how far the distance is between us, our struggle must be one and our pen must be strong.

Women everywhere need to make connections to end patriarchy and male violence. “We need strong networking”, Canözer emphasised to me. You, too, can be part of this movement: join the Solidarity Keeps Us Alive call to free political prisoners, and end patriarchal state violence.