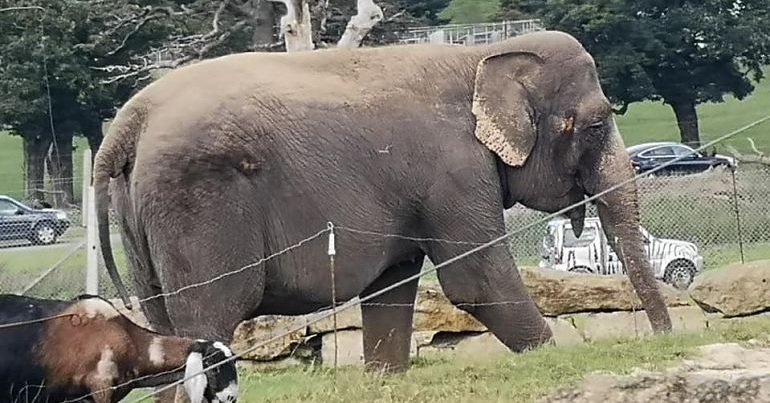 Many people can only dream of heading to the south of France for their retirement. For an elderly female elephant called Anne, however, that’s exactly the offer currently on the table.

Action for Elephants UK’s (AFEUK) efforts to secure an independent veterinary assessment of Anne, to determine whether she’s fit for travel and could benefit from retiring to the French sanctuary, have attracted the support of charities and hundreds of thousands of people. Anne, who the grassroots group calls “the UK’s loneliest elephant”, hasn’t laid eyes on a fellow elephant for 19 years. So the sanctuary also offers her the possibility of living out her days in the company of her own kind.

Anne has been part of Longleat’s safari experience since 2011. Prior to that, Bobby Roberts’ Circus used her for entertainment until Animal Defenders International (ADI) exposed that circus staff were violently abusing her. 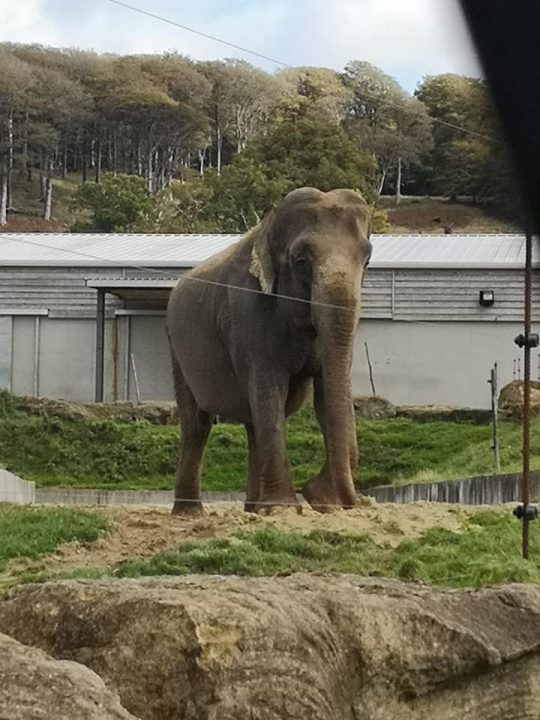 AFEUK’s Maria Mossman, Denise Dresner and Joanne Smith are all involved in the group’s efforts for Anne. AFEUK’s founder, Mossman, told The Canary, Anne spent most of her life moving from one circus to another in England after being torn from her mother as a baby in Sri Lanka:

It was a [life] of suffering and abuse, but at least she had other elephant companions. In 2001 her last two elephant friends died, and she hasn’t seen another elephant since – 11 years longer than Kaavan’s solitude.

Kaavan is an elephant who has recently been in the headlines. After decades in a Pakistan zoo, he has secured his own dream retirement in a sanctuary in Cambodia, thanks to the efforts of Four Paws, the NGO Free The Wild, the Pakistani authorities, and countless supporters. Kaavan had been alone in the zoo since his friend Saheli died in 2012, earning him the nickname of the ‘world’s loneliest elephant’.

As Mossman points out, Anne’s solitude surpasses Kaavan’s by 11 years. As elephants are highly social beings, like humans, the UK has rules concerning their isolation in captivity. The Zoo Licensing Act 1981 states that “Female elephants must have social contact with other elephants at all times”.  According to the Elephant Welfare Group (EWG), an entity administered by the British and Irish Association of Zoos and Aquariums (BIAZA), there are “rare, specific, defined circumstances” where it may be considered appropriate for venues to house an elephant alone.

Anne appears to have been designated one such case. AFEUK says it was told by the EWG chair Miranda Stevenson that Anne is considered unfit to travel outside the UK. And Anne’s 2019 inspection report states that due to her “age and nature it is not felt justified to send her elsewhere or bring in another elephant”. Inspections of elephants in captivity “by at least one nominated Defra-appointed [Department for Environment, Food and Rural Affairs] elephant inspector” are obligatory under UK rules. 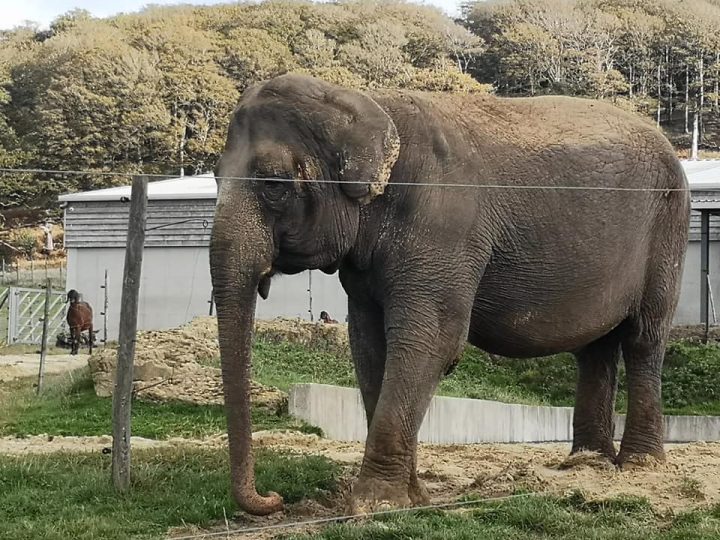 Now the Elephant Haven European Elephant Sanctuary (EHEES) in southern France, the first elephant sanctuary in Europe, has offered Anne a home. It’s a new sanctuary, founded by Sofie Goetghebeur and Tony Verhulst, who both previously worked at Antwerp Zoo. Its mission is to provide elephants leaving zoos and circuses with “a place for life” where they have “space and tranquility” and the chance for resocialisation and rehabilitation.

Due to being new, the sanctuary does not have any elephants residing there presently. The Netherlands’ last circus elephant, Buba, was on course to be the sanctuary’s first resident. But MPs in the country recently voted for her to remain with the circus owners, despite a ban on wild animals performing in circuses there since 2015. The groups Animal Rights and Bite Back are reportedly considering taking legal action against the government over the decision.

AFEUK believes Anne’s relocation to EHEES deserves serious consideration. As it states on its website:

At Elephant Haven Anne would have 70 acres in which to roam, forage, mud bathe, and live as an elephant. The Haven is situated in the Nouvelle-Aquitaine Region in southern France, with a mild climate that would be so much better for her arthritis than England’s freezing winters. When other elephants arrive Anne will finally have the company of her own kind which she has tragically lacked for 2 decades.

The potential move has also received ample public support, with petitions regarding Anne’s situation attracting over 400,000 signatures so far.

AFEUK is not, however, asking for Anne to be instantly whisked away to France. All it’s requesting is for Longleat to agree to an independent veterinary assessment of Anne’s condition, to determine whether the move is one she could make and would benefit from. Mossman says that in AFEUK’s call for such an assessment “we have the support of Born Free Foundation and Four Paws, as well as offers of assistance and advice from other experts in elephant relocation”. The AFEUK founder added that “we would never want to call for Anne to move if she was not fit enough”.

Born Free confirmed to The Canary that it supports “a thorough independent veterinary assessment of Anne’s current state of health and welfare, and her ability to travel and recover from a move, prior to any decision being made about relocating her”. Four Paws also said that it would “be very happy to help in any way possible with Anne’s future”.

But Mossman says Longleat is currently “unwilling to discuss” Anne’s potential move. The Canary contacted Longleat for comment but it did not respond by the time of publication. The Canary also contacted Stevenson, who alongside being the chair of the EWG was also one of the inspectors for Anne’s 2019 assessment. She declined to comment. BIAZA also didn’t respond to The Canary‘s request for comment.

AFEUK’s call for an independent assessment of Anne’s situation stems, in part, from the fact that it views her current circumstances as not ideal. Anne’s 2019 inspection report says that Longleat provides “very good enrichment” for her “including shower and pool and trees for browse and mud wallows etc” and that there are “three goats living with her”. But Mossman asserts:

Contrary to the inspection reports, she does not have mud wallows or a pool that she can fully use. All that can be seen is a dead tree stump that has been there for the last five years. There are many trees to the back of Anne’s barn, but she is not allowed to access them. With no pool to immerse herself in, no mud wallow, no trees, no foraging, and no company, she is denied all the basic needs of an elephant. 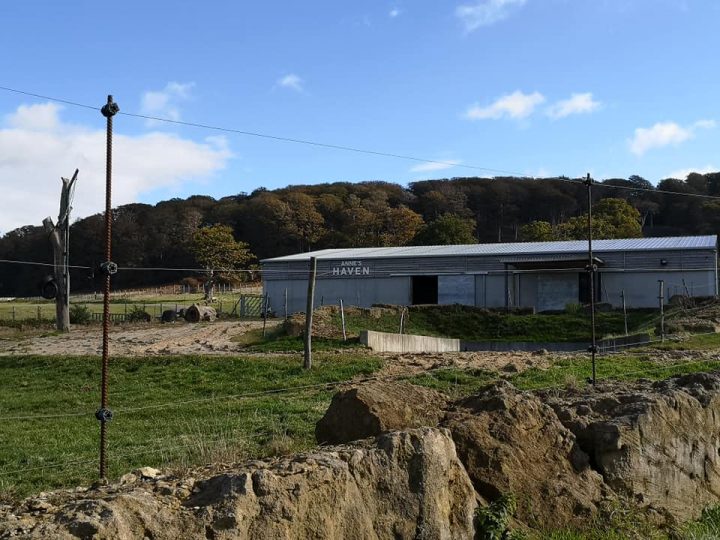 Co-founder of US-based group Free All Captive Elephants (FACE) Robin Vitulle says that Anne “presents the tell-tale stereotypical behavior associated with stress and dysfunction, such as swaying and listlessness”.

Undoubtedly, Anne is in a better situation at Longleat than she was in the circus. As Scott Blais, co-founder of Global Sanctuary for Elephants in Brazil, highlighted in a statement to Longleat in support of Anne’s relocation, there’s been an improvement in her physical condition under its care.

But now AFEUK and hundreds of thousands of people are calling on Longleat to consider helping Anne move on to a sanctuary that could potentially be much more fitting to her needs. One where, crucially, she stands a chance of enjoying the company of her own kind.

She may not be fit enough to undertake that adventure. An independent assessment would confirm that. Longleat’s unwillingness to engage with AFEUK on arranging that assessment, however, is currently standing in the way.