Terror hits France yet again, and this one sentence explains why - Canary 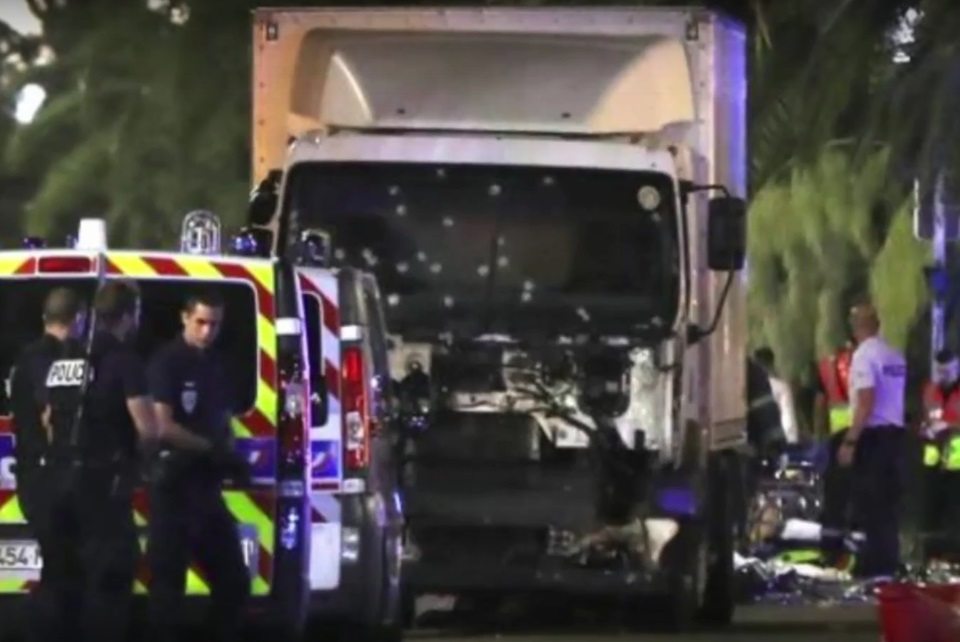 At around 11pm on 14 July, a truck drove into a crowd in the French city of Nice, killing at least 84 people (including children) and injuring around a hundred more. The driver of the truck reportedly fired on the victims as he drove towards them, and had grenades and other weapons inside the vehicle with him.

This horrific murdering spree in France’s fifth most populous city came as people gathered on Nice’s seafront for a Bastille Day fireworks display in commemoration of the French Revolution.

The perpetrator – who was shot dead by police during the attack – is thought to have been a resident of Nice with dual French-Tunisian nationality. He was reportedly known to authorities for past crimes such as theft and violence.

The one sentence which sums up the cause of the attack

Given the unconfirmed nature of the event and the suspected nationality of the attacker, the statement given by French president François Hollande soon afterwards was characteristic of the warped logic which has made France a target for terrorist attacks.

Hollande immediately promised to maintain a strong police and military presence throughout France, while extending the country’s current state of emergency for another three months. But at the same time, he essentially vowed to nurture the cycle of violence that is thought to have fueled the attack in the first place, saying:

With this sentence, Hollande betrayed the illogical position currently pushing western nations further and further into war in Syria and Iraq. (Also note here that France is already engaged today in an extensive and secretive war in North Africa.)

The attacker in Nice may or may not have been inspired by Daesh (Isis/Isil). And he may or may not have had direct links to the organisation. But if he was a citizen of neither Iraq or Syria, why would Hollande feel that military action in these countries would stop others like him from committing similar crimes in the future? Why would this succeed now if it hasn’t succeeded since the horrific events of January 2015 or November 2015?

At the heart of Hollande’s automatic response was his failure to accept that France – as a victim of terrorism – is not at war with an army or a country, but with an ideology.

Daesh-style terrorism could be traced back to the foundation of the Kingdom of Saudi Arabia in the early twentieth century. As the spiritual home of Wahhabism – the violently discriminatory ideology that drives both al-Qaeda and Daesh – Saudi Arabia has been at the forefront of efforts to spread chauvinist extremism around the world. Its massive oil wealth (and the resulting western support) has been an important factor in increasing the state’s power and influence, and the USA even helped Riyadh to fund jihadis in Afghanistan from the late 1970s onwards.

While less than 1% of the world’s 1.2 billion Muslims are Wahhabis, and only some Wahhabis are terrorists, the extreme doctrine can be incredibly dangerous when it exploits situations of war and marginalisation. This is why few experts would deny the strong link between the Saudi-based ideology and the growth of Daesh. The March 2016 terrorist attack in Brussels, for example, happened in a context where Wahhabism had been welcomed into Belgium with open arms.

To stop Wahhabi-inspired terrorism, western governments should end their historic support for Saudi interventionism abroad. They should also stand up to Riyadh’s attempts to spread Wahhabism as far and wide as possible. And perhaps most importantly, they should stop waging their own wars and focus instead on encouraging constructive relations between different religious communities in order to end marginalisation.

What’s currently happening, and what should be happening?

But Hollande’s statement, promising an escalation of military action in the Middle East, is unfortunately the law of the day.

In November 2015, Hollande promised mercilessness, in spite of one former Daesh hostage insisting that by seeking vengeance against an indistinct enemy the west was just:

fuelling our enemies and fuelling the misery and disaster for the local people.

Western governments responding to November’s horrific attacks in Paris (which killed 130 people) were essentially playing into the hands of Wahhabi terrorists because Daesh wanted military escalation and further religious division in the west – all of which intelligence agencies and analysts said would make it easier for the group to recruit more supporters. Even figures on the extreme right, such as former US special forces chief Michael T. Flynn (who may play a role in a future Trump regime in the USA), recognise that a major error from the ‘war on terror’ has been that:

Instead of asking ourselves why the phenomenon of terror occurred, we were looking for locations.

The west’s interventions – whether in Afghanistan, Iraq or Libya – have solved nothing. In fact, they have made matters worse. And we need to learn from these conflicts. As Institute for Policy Studies fellow Phyllis Bennis insists:

For this reason, the answer should always be ‘justice, not revenge’. And that means:

More war, as Hollande seems to want, will do nothing to address the underlying social and political causes of extremism. The fight against Daesh is not a traditional war between two armies from two opposing states. It is an ideological battle. And it is not won by dropping more bombs that will inevitably kill more innocent civilians while leaving destruction and desperation in their wake.

Extremism is not born when humans are. It’s fostered over time by divisive ideologies and power-hungry figures full of anger and hatred – which are bolstered by environments of injustice, violence and exploitation (all too often nurtured or created by western governments and their repressive international allies).

When we and those who supposedly represent us accept all of this and act accordingly, we’ll soon be able to consign terrorism to the past. But until that point, these horrific tragedies will continue indefinitely.

If you’re in the UK, you can lobby your MP and the new foreign secretary to: push for a peace agreement to end the Syrian civil war; pressure the likes of Saudi Arabia and Turkey to deal effectively with Wahhabi extremism; encourage a permanent settlement to the Palestinian Question; and support the multicultural model of coexistence which Rojava proposes for the Middle East.

See more from The Canary on terrorism and Daesh.

See some of the reactions to the Nice attack on Twitter with the hashtags: #Nice06, #prayforNice, #PeaceWillWin, and #porteouverte.

Featured image via The National/YouTube