Farage, Gove and Boris had all of us fooled on this one - Canary 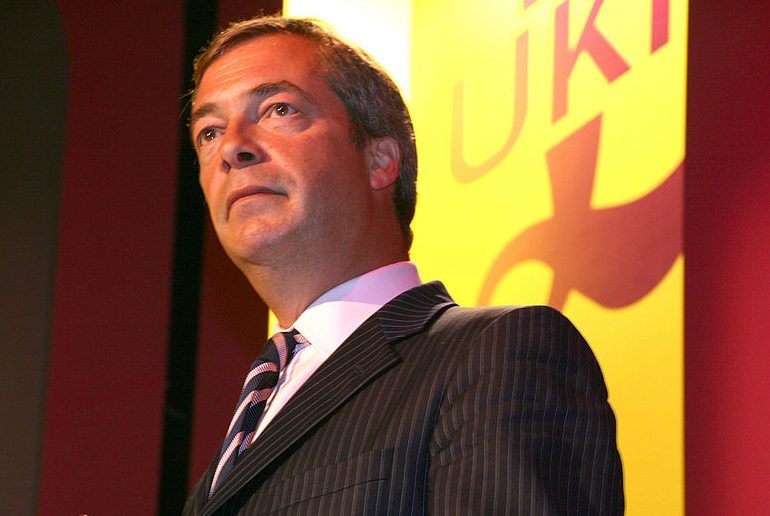 Immigration minister, James Brokenshire, has said that the UK won’t necessarily adopt an Australian style points-based immigration system, as was promised by Leave campaigners in the run-up to the EU Referendum.

The Australian system was introduced in 1972, when a Labour government decided that people moving to the country would be granted a visa based on their skills and ability to contribute to Australian society. Now, skilled-worker visas are points-tested, and to be eligible for one a person must meet a 65-point minimum.

Nigel Farage has backed this system for some time now and it became a key pledge of his Leave campaign. It was also championed by other major players such as Michael Gove and Boris Johnson.

Brokenshire was unclear, however, about exactly what system we would adopt post-Brexit. He stated that: “There are other arrangements that could be considered…” but he was unable to detail any of these arrangements before negotiations have taken place.

What is clear, though, is that the adoption of Australia’s immigration model is not as simple as Farage has made it out to be during his career as UKIP leader and perennial Leave campaigner. Brokenshire has said we may not necessarily emulate such a system. In fact there are multiple reasons for thinking that it just isn’t going to happen. Here’s how Farage, Gove and Boris broke their promise from the outset.

Firstly, Farage misled the public by claiming that adoption of an Australian system is the most effective way to reduce net migration. As figures show, the system in Australia has resulted in extremely high levels of migration, with the Australian Bureau of Statistics saying that it has resulted in “one international [migrant] every 2 minutes and 39 seconds”.

Secondly, there is the argument that different countries have different needs – Australia is distinct from the UK in many ways, so copying their immigration system would be problematic. For example, Australia is an underpopulated country with the capacity for growth. Meanwhile, after leaving the EU, the UK will suffer a shortage of unskilled labour in agriculture and an Australian points-based system will not resolve that. In fact, it will only exacerbate the problem.

Thirdly, the Australian visa system is not as simple and flawless as UKIP and Vote Leave claimed. As a case in point, the system has suffered from a backlog and many people who have managed to enter on skilled-worker visas are either severely underemployed or even unemployed. Late 2013, for example, saw an estimated 13.5% of points-tested immigrants who arrived in the country earlier that year, subsequently unemployed. Furthermore, to quote from The Economist:

In the past few years Australia has handed out many more visas to people who are sponsored by companies. It has also tweaked its points system to give more weight to employers’ preferences. The immigration system has become more American. So it is not clear what British politicians mean when they say they want an Australian-style points system.

Gathering all of this evidence together, we can see that the promise of an Australian points-based visa system has been completely unrealistic. But no matter, our new prime minister, Theresa May, has not praised such a model. Perhaps we should wait and see what ingenious system her former staff at the Home Office come up with instead.