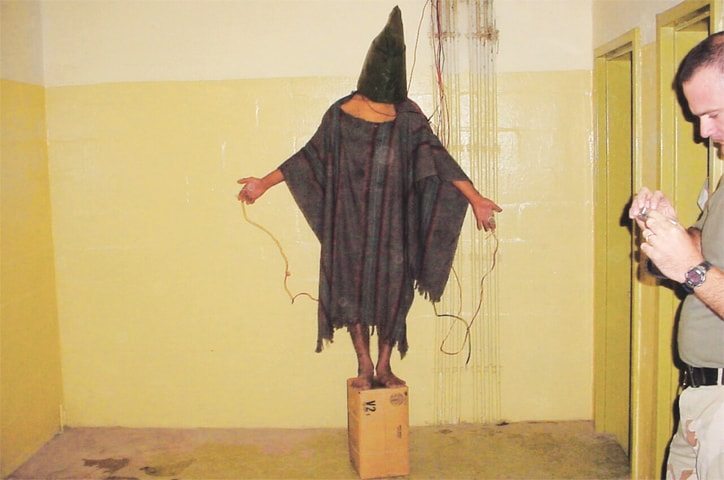 Part 2: ‘The Other Chilcot’

A major mythology of the 2003 Iraq War, perpetuated by the Chilcot report, is that the US and British genuinely wanted to remove Saddam Hussein to install a democracy that would be less repressive.

No wonder, then, that you won’t find any mention of the ‘Wolf Brigade’ in the Chilcot report.

Recruitment to the Wolf Brigade was organised by the US-installed interim government, headed by Iyad Allawi during 2004.

A majority of its officers and personnel formerly served in Saddam Hussein’s special forces and Republican Guard – they were veterans of killings, torture and repression. The Wolf Brigade was used against the resistance to the US-UK occupation in cities such as Mosul and Samarra, and played a key role in the crackdown named “Operation Lightning”.

According to the Iraq War Logs via Wikileaks:

… The Wolf Brigade was created and supported by the US in an attempt to re-employ elements of Saddam Hussein’s Republican Guard, this time to terrorise insurgents. Members typically wore red berets, sunglasses and balaclavas, and drove out on raids in convoys of Toyota Landcruisers. They were accused by Iraqis of beating prisoners, torturing them with electric drills and sometimes executing suspects. The then interior minister in charge of them was alleged to have been a former member of the Shia Badr militia.

Torture during the Iraq War was subject to Frago 234. A ‘Frago’ – or ‘Fragmentary Order’ is a US Army operations order used to modify an existing order. As Wikileaks explains regarding Frago 234:

A frago is a ‘fragmentary order’ which summarizes a complex requirement. This one, issued in June 2004, about a year after the invasion of Iraq, orders coalition troops not to investigate any breach of the laws of armed conflict, such as the abuse of detainees, unless it directly involves members of the coalition. Where the alleged abuse is committed by Iraqi on Iraqi, ‘only an initial report will be made … No further investigation will be required unless directed by HQ.’

Other Iraq War Logs described the kind of torture that went on at the hands of US-UK backed interim administration in Iraq:

At the torturer’s whim, the logs reveal, the victim can be hung by his wrists or by his ankles; knotted up in stress positions; sexually molested or raped; tormented with hot peppers, cigarettes, acid, pliers or boiling water – and always with little fear of retribution since,far more often than not, if the Iraqi official is assaulting an Iraqi civilian, no further investigation will be required.

According to a confidential cable provided by whistleblower Bradley (now Chelsea) Manning to Wikileaks:

… the [Islamic Organization for Human Rights] group released in May a new report documenting 25 cases of detainee abuse, the majority of which are related to the 2nd Iraqi Police Commandos Unit, known as the Wolf Brigade, that was stationed in Mosul earlier this year. Sadi claimed that six detainee deaths occurred as a result of torture. The group described practices such as use of stun guns, hanging suspects from their wrists with arms behind back, holding detainees in basements with human waste, and beatings. Sadi said interrogators also reportedly threatened detainees with demeaning acts against their wives and sisters, a particularly flagrant violation to a Muslim. Sadi said some detainees were forced to confess to crimes – not all related to terrorism, Sadi admitted – they did not commit as a result of this treatment.

On June 27, 2005, Knight Ridder published the results of its inquiry in an article jointly written by two journalists – Yasser Salihee and correspondent Tom Lasseter. They “found more than 30 examples in less than a week” of corpses in Baghdad morgues of people last seen being detained by the police commandos. The men had “been killed in a methodical fashion”.

Their hands had been tied or handcuffed behind their backs, their eyes were blindfolded and they appeared to have been tortured. In most cases, the men looked as if they’d been whipped with a cord, subjected to electric shocks or beaten with a blunt object and shot to death, often with single bullets to their heads.

Salihee was later found assassinated, with a bullet through the head.

Over a nine month period in 2004/05 alone, dozens of bodies were dumped in rubbish heaps, rivers or abandoned buildings. In most cases, the victims had suffered torture and mutilation before being killed by a single shot to the head.

Over the following weeks, more than 150 tortured and executed bodies were found. In Samarra, dozens of bodies appeared in Lake Thartar in the wake of operations by the commandos. From February through to April, more than 100 bodies were recovered from the Tigris River. The victims were from a range of towns and villages, including Kut in the north and Basra in the south.

Other killings were discovered in Baquaba and the Syrian border town of Qaim in the aftermath of counter-insurgency operations by US forces and their Iraqi allies. Assassinations of well over 200 university academics, most of whom were opponents of the US occupation of Iraq, were noted.

Needless to say, the operations of the Wolf Brigade were war crimes and crimes against humanity in breach of the Geneva Conventions. There has been no formal international inquiry or prosecution of the Wolf Brigade or of those US of British personnel who sponsored it.

The US advisor to the Wolf Brigade from the time of its formation until April 2005 was James J. Steele.

Steele’s own biography, promoting him for the US lecture circuit, states that “he commanded the US military group in El Salvador during the height of the guerilla war” and “was credited with training and equipping what was acknowledged to be the best counter-terrorist force in the region”.

In a 12-year campaign of murder and repression, the Salvadoran units, trained and advised by people like Steele, killed over 70,000 people.

The UK is also implicated in the torture regime. Abuse of prisoners allegedly took place at a joint services (US/UK) interrogation centre under the Joint Forces Interrogation Team, which operated at three locations in the Basra area between March 2003 and December 2008. This alleged abuse included prisoners threatened with rape or told they would be hanged and given a detailed description of the mechanics of hanging.

The Iraq Historic Allegations Team (IHAT) is currently investigating the alleged instances of prisoner abuse by British service personnel and deaths in custody in Iraq. Allegations involve over 140 Iraqi civilians.

Louise Thomas, an official who worked with the inquiry team but who resigned in protest at the lack of progress, spent six months with the inquiry and had seen 1,600 videos of interrogation sessions.

The alleged abuse took place at a joint services interrogation centre under the Joint Forces Interrogation Team, operating at three locations in the Basra area between March 2003 and December 2008. IHAT reportedly identified more than 100 serving and former members of the armed forces who they want to interview in relation to the alleged torture and abuse of Iraqi civilians. That number is expected to increase significantly.

Separate to the ICC list, IHAT has listed 1339 cases of alleged abuse by the UK military in Iraq. To see this list, click here. Here is a copy of the last update report by IHAT.

To date, more than 300 British soldiers have been sent letters by IHAT, questioning their role in torture reports that emanated during and following the Iraq War. However, it is understood that the number could reach up to 1000.

All in all, there are still many questions to be answered by both the UK and US authorities on the role of their respective militaries in the torture of Iraqis during the war. Only when further evidence of this abuse emerges can we better understand the roots of terrorism in the Middle East and beyond.