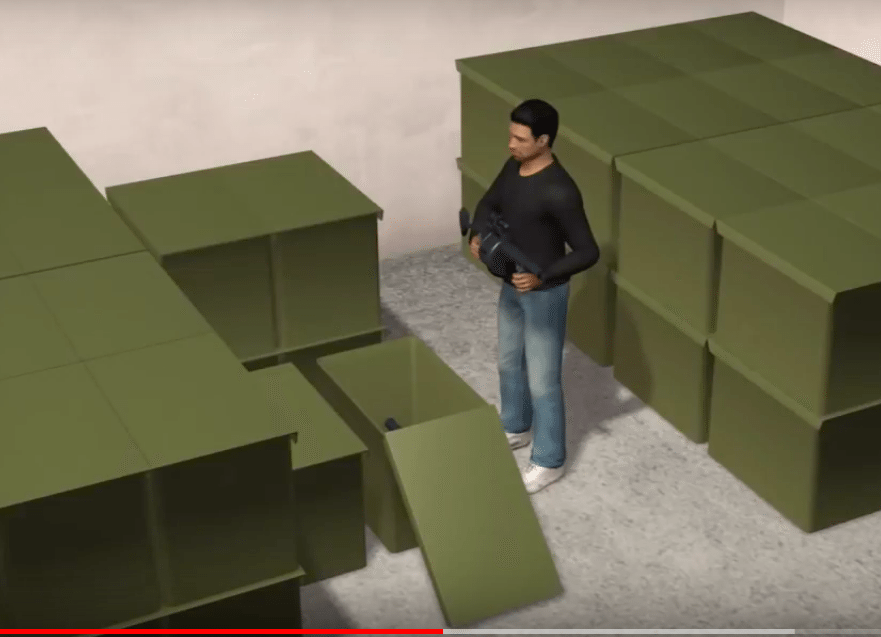 A year long investigation has revealed how Central and Eastern European governments distributed over a billion euros worth of weapons to the war in Syria, funded by just four Middle Eastern giants. This has meant an unchecked and unprecedented channel of weapons and ammunition not only reaching the main western-backed Syrian opposition but also ending up in the hands of jihadi militants.

It all started with a deal involving a senior Croatian official with the stockpile of his country’s old weapons in mind. In summer 2012, a visit to Washington seemed like the perfect time to offer up that deal for the war in Syria. The Saudis were called, and they paid for the weapons to be moved by the CIA and injected into the conflict zone later that year. Croatia has denied this, but a US ambassador has confirmed the account, which was first published in the New York Times in 2013.

Yet this was only the beginning of a lucrative and opaque pipeline, travelling from the Balkans eastwards into the hands of four key players – Saudi Arabia, Jordan, the UAE, and Turkey. That’s the account revealed by a year-long investigation by the Balkan Investigative Reporting Network (BIRN) and the Organized Crime and Corruption Reporting Project (OCCRP).

By examining arms export data, UN reports, flight records, and weapons contracts, the BIRN and OCCRN found that at least 68 flights had operated in 13 months, transporting thousands of tons of weapons and ammunition to Middle Eastern states and Turkey – which were then funneled into the war zones of Syria and Yemen. The frequency of the transfers, which has only increased in size, was also revealed, with the biggest deal having been brokered in 2015.

The BIRN and OCCRP examined various videos and images on social media, which showed that the weapons were in the hands of the Free Syrian Army but also jihadi fighters like Ansar al-Sham, the formerly al-Qaida-affiliated Jabhat al-Nusra, the Daesh (Isis/Isil). It also appeared that the weapons had reached the hands of other factions which were fighting for Assad and pro-Saudi forces in Yemen.

The states involved deny that there has been any wrongdoing, but experts examining the data have conceded that the deals were unlawful. Patrick Wilcken, an arms-control researcher at Amnesty International, reviewed the evidence and said:

The evidence points towards systematic diversion of weapons to armed groups accused of committing serious human rights violations. If this is the case, the transfers are illegal under the [United Nations’ Arms Trade Treaty] and other international law and should cease immediately,

Proliferation of arms to the region has caused untold human suffering; huge numbers of people have been displaced and parties to the conflict have committed serious human rights violations including abductions, executions, enforced disappearances, torture and rape,

One Swedish member of the EU parliament, meanwhile, said:

Countries selling arms to Saudi Arabia or the Middle East-North Africa region are not carrying out good risk assessments and, as a result, are in breach of EU and national law.

The conflicts in Syria and Yemen have caused more than 400,000 deaths, but this very small piece of the war economy shows that it is raking in billions for those that can manoeuvre stockpiles and leverage middlemen and contacts to bypass official channels. Evidence shows that weapons are not being used by the officially backed parties to the conflict and are instead being used to perpetuate horrific crimes of war.

Read more articles on Syria from The Canary.

Support Campaign Against the Arms Trade.