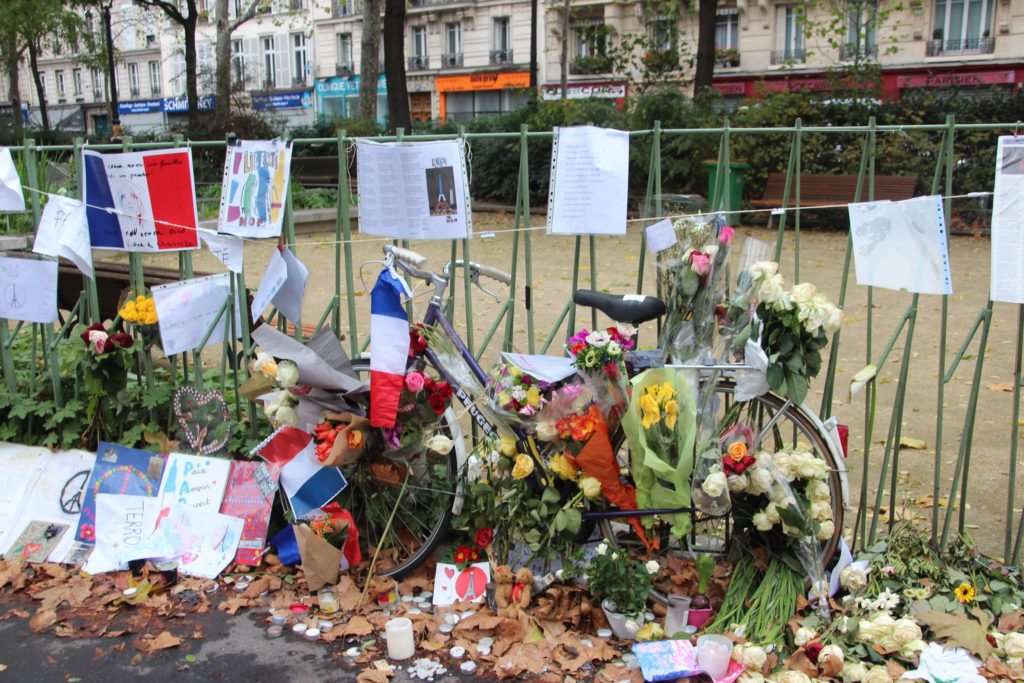 The City of Paris has struck a corporate partnership with French industrial giant, Lafarge, recently accused of secretly sponsoring the Islamic State (Isis or Daesh) for profit.

Documents obtained by several journalistic investigations reveal that Lafarge has paid taxes to the terror group to operate its cement plant in Syria, and even bought Isis oil for years.

Yet according to the campaign group, SumOfUs, Lafarge is the corporate partner and sand provider to the City of Paris for this summer’s Paris-Plages urban beach event. The project run by Office of the Mayor of Paris, Anne Hidalgo, will create artificial beaches along the river Seine in the centre and northeast of Paris.

Lafarge also has close ties to Democrat presidential candidate Hillary Clinton. Apart from being a regular donor to the Clinton Foundation, Clinton herself was a director of Lafarge in the early 1990s, and did legal work for the firm in the 1980s. During her connection to Lafarge, the firm was implicated in facilitating a CIA-backed covert arms export network to Saddam Hussein.

An investigative report by the French daily Le Monde revealed in June that the corporation, the world’s leader in construction materials, had paid taxes to Isis middlemen, as well as other armed groups in Syria, to protect its cement business operations in the country.

But the Le Monde story only covered a fraction of the revelations. Previous investigations by Zaman al-Wasl, an independent  news outlet run by elements of the Syrian opposition, revealed that Lafarge had even regularly bought oil from Isis.

Al-Wasl’s original investigation, which Le Monde appears to have borrowed from considerably, was published in February, and based on internal documents and emails from the company. Al-Wasl reported that the CEO of Lafarge Cement Syria, Frederic Jolibois, had personally instructed his firm to make payments to Isis.

France has repeatedly been targeted by Daesh, and Daesh-inspired terrorists, over the last few years. The latest mass atrocity occurred in Nice, where 84 people were killed on Bastille Day. On Tuesday, a priest in Normandy was brutally murdered by Isis terrorists.

Paris itself has been repeatedly attacked by terrorists. On 13 November 2015, Isis coordinated a series of terror strikes in Paris and its northern suburb, Saint-Denis, killing 130 people and injuring 368.

Yet Paris’ new corporate partner, according to Le Monde, sponsored the Isis terror group in Syria in the preceding years to keep up company profits.

Emails discovered by Le Monde reveal that Lafarge – which merged with Swiss cement maker Holcim in 2015 – had made “arrangements […] with the jihadist group to continue production until September 19, 2014.”

Most of these emails seem to have been first obtained by Zaman al-Wasl. Lafarge’s Syria operations ended on that date when Isis took over the firm’s facility in Jalabiya.

Documents show that Lafarge’s Paris headquarters were fully aware of the business deal with Isis. The company even sent a representative into Isis territory “to get permission from Isis group to let employees past checkpoints,” reports Le Monde.

A “pass stamped with an Isis group stamp and endorsed by [Isis] finance chief in the Aleppo region” confirms Lafarge’s deal with Daesh to allow the free circulation of its goods.

In February 2015, Isis were driven out of the Jalabiya region by Kurdish forces.

Lafarge has declined to address the allegations, stating only that the firm’s highest priority was to protect the safety of its employees in Syria.

However, instead of ending its Syrian investments when the conflict began as most other international firms had done, which would have been the safest option, the firm struck a lucrative business deal with the jihadist terror group to maximise profits from its local cement operations.

Who is buying Isis oil?

According to Zaman al-Wasl, Lafarge regularly purchased fuel from Isis for its own operations, and even supplied cement for Isis to sell in Syria.

In one email trail, Lafarge general manager Bruno Pescheux received a warning from his Syria senior plant manager about repercussions due to the firm’s “illegal purchasing of petroleum products from ‘non-governmental organizations’ in areas outside the control of the Syrian government […] there are high expectations about a government action or a resolution against individuals and companies who purchase illegal petroleum products.”

Pescheux’s response was revealing. Agreeing that this could be a “worrying” issue “in the future” for Lafarge, he suggested the company prepare justifications for its policy, such as:

– it is very minimum quantity compared to what is smuggled to Turkey.

Lafarge is not the only major company implicated in buying Isis oil, though it is perhaps the first case where a deliberate policy of purchasing oil from the jihadist group has been confirmed through the firm’s own internal documents.

Business partnerships of any kind with terror groups like Isis are criminal actions under international law, and subject to stringent US and EU sanctions.

What is Paris thinking?

Adding insult to injury, the Office of the Mayor of Paris has struck a corporate partnership with the very same sponsor of Isis to provide sand for this summer’s Paris-Plages event.

Terrorists should never be business partners. It is beyond reprehensible for Lafarge to be cutting deals with Isis just for profits’ sake. By enriching the terrorist group’s coffers with payments to continue its operations in Syria, Lafarge is inadvertently supporting Isis worldwide campaign of terror that has left scores killed, displaced and under siege in one of the worst humanitarian nightmares of our time.

This is a scandalous partnership with the City of Paris that should have never happened. By partnering with Lafarge for this summer’s Paris-Plages event, the City of Paris is whitewashing the company’s obscene show of corporate greed that profits off the war and violence created by terrorists. It is high time to make Lafarge accountable for its support of terror, which is why nearly 40,000 SumOfUs members are calling on Paris Mayor Anne Hidalgo to cut ties with Lafarge once and for all.

The Canary contacted the Parisian mayor Anne Hidalgo to find out how such an appalling partnership could be struck, but received no response.

Far from being courted by Paris with new contracts, Lafarge executives should be prosecuted in France for sponsoring the terrorist group behind the Paris attacks.

From Saddam to Clinton to post-war Iraq

But Lafarge leads quite a charmed existence.

From 1990 to 1992, Clinton served on Lafarge’s Board of Directors. Under her tenure, Lafarge’s Ohio subsidiary was caught burning hazardous waste to fuel cement plants. Clinton defended the decision at the time.

Then just before her husband, Bill Clinton, was elected president in 1992, Lafarge was fined $1.8 million by the Environmental Protection Agency for these pollution violations. Hillary Clinton had left the board of Lafarge in spring, just after her husband won the Democrat nomination. A year later, under Bill’s presidency, the Clinton administration reduced Lafarge’s EPA fine to less than $600,000.

In the late 1980s, according to an archived investigative report in the American Spectator, Hillary Clinton was connected to Lafarge when the firm was involved in facilitating CIA support for Saddam Hussein’s secret weapons programme.

The American Spectator report from November 1996 cited sources confirming that Hillary Clinton did legal work for Lafarge in the late 1980s before she became a director. The report also claimed that Lafarge’s US subsidiary:

provided key services for the covert arms export network that supplied Saddam Hussein. To prevent exposure of that secret supply line, and collateral damage to Hillary Clinton – who joined Lafarge board in 1990, just as the arms pipeline was being shut down… the Justice Department was told to bury the investigation… But investigators from other US government agencies who worked on the case say they were ‘waved off’ whenever they got too close to exposing the direct involvement of the intelligence community in the arms export scheme.

Lafarge remains close to the Clintons to this day.

In 2013, Lafarge’s Executive Vice President for Operations, Eric Olson, was a ‘featured attendee’ at the Clinton Global Initiative’s annual meeting.

Lafarge is a major beneficiary of disaster capitalism in Iraq, dominating a market where Iraq’s infrastructure remains in dire need of hundreds of billions of dollars in investment. The company describes itself as “one of the largest non-oil investors in Iraq.”

The firm is not just an economic juggernaut. Its murky history of intelligence ties, and significant political clout in France and the US – the countries leading the airstrikes against Isis in Syria – raise the question of whether Lafarge believes it can profit from terror without accountability.

Sign the SumofUs petition demanding that Paris sever its ties with the firm which funded the very terrorists behind attacks on Paris: