The International Criminal Court is investigating US war crimes. But there's a huge catch - The Canary 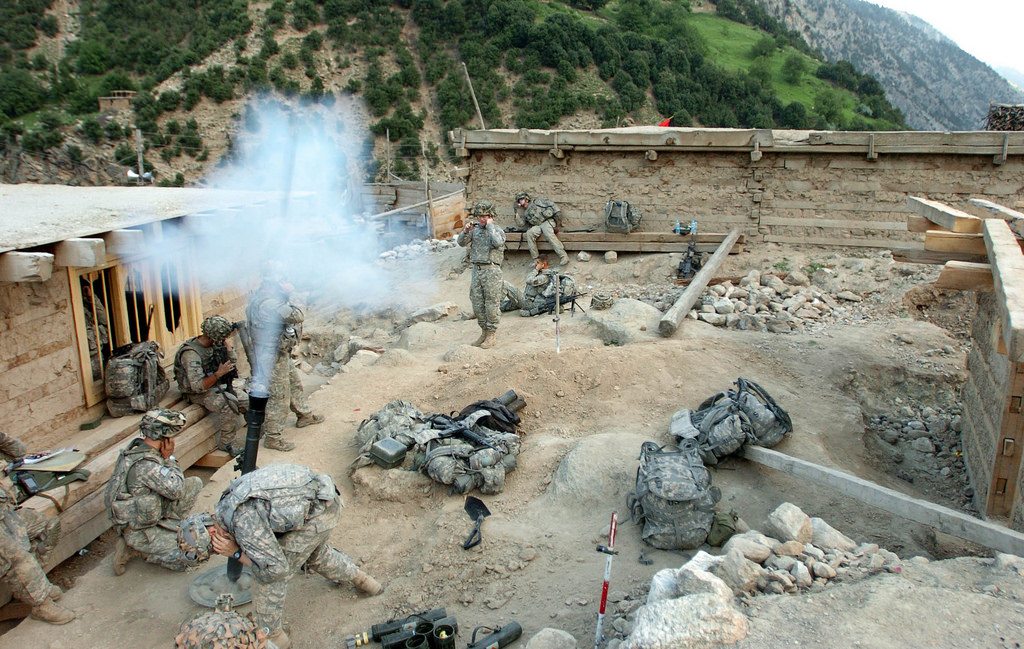 The International Criminal Court (ICC) is investigating the US for alleged crimes committed during the post-9/11 occupation of Afghanistan. Specifically, the investigation is examining claims of torture and ill treatment. But there’s one big catch. It may not be able to examine some crimes because of insufficient evidence. Fortunately, these incidents aren’t hard to find.

The ICC report and potential US war crimes

The US is not party to the ICC. But the ICC investigation is possible because Afghanistan has ratified the Rome Statute that underpins the court. This means that any crime carried out on its territory comes under ICC jurisdiction.

War crimes of torture and related ill-treatment, by US military forces deployed to Afghanistan and in secret detention facilities operated by the Central Intelligence Agency, principally in the 2003-2004 period, although allegedly continuing in some cases until 2014.

Members of US armed forces appear to have subjected at least 61 detained persons to torture, cruel treatment, outrages upon personal dignity on the territory of Afghanistan between 1 May 2003 and 31 December 2014. The majority of the abuses are alleged to have occurred in 2003-2004.

The report also mentions [section 203] that it would not examine a number of “other incidents” because of “paucity of the information available at this stage”. In particular, civilian deaths and injuries that the ICC could consider war crimes if enough evidence came to light.

Here are just some of the alleged US war crimes that the ICC may not investigate:

11 June 2007. The WikiLeaks Afghan War Logs revealed that a US-led taskforce set out with Afghan special forces to capture or kill a Taliban commander named Qarl Ur-Rahman in a valley near Jalalabad. A firefight developed, and the taskforce called in an AC-130 gunship, which strafed the area with cannon fire. The taskforce then aborted its original mission. In turned out later on that the people they had been shooting were Afghan police officers – seven of whom died.

17 June 2007. US special forces launched a mission targeting a notorious Libyan fighter, Abu Layth Al Libi. They planned to launch five rockets at targets in the village where they believed Libi was hiding, and then send in ground troops. But they failed to find Libi. And when they approached the rubble of a madrasa (school), they found “7 x NC KIA” – or seven non-combatants killed in action. According to WikiLeaks, all of them were children.

22 August 2008. In the Nawabad (Azizabad) massacre, the US claimed that it had killed three dozen Taliban militants, and only seven civilians. The UN, however, insisted there was “convincing evidence” that 90 civilians had died, including 60 children.

4 May 2009. According to one report, 147 civilians were killed in Bala Baluk (Farah), in one of the deadliest bombings of the occupation of Afghanistan.

4 September 2009. Taliban fighters in Kunduz province hijacked two trucks filled with petrol, but then got stuck in a quagmire where the trucks had sank. Locals, realising that the trucks carried fuel, arrived to siphon it off. When a German officer at the nearest NATO station learned that over 100 people had assembled, he decided they must be insurgents. At his call, a US fighter jet bombed the tankers, incinerating 142 people, dozens of them confirmed as civilians.

12 February 2010. US and Afghan forces raided a home and killed seven people, including a local district attorney, a police commander, a university vice-chancellor, two pregnant mothers, and two teenage children. The US soldiers then allegedly proceeded to use knives to dig out bullets from the dead women’s bodies.

11 March 2012. In the Kandahar massacre, a US Army Staff Sergeant allegedly killed 16 civilians and wounded six others. Nine of the victims were children, and 11 of the dead were from the same family.

Note: This is Part 1 of a two-part article. The second part will look at the role of the US and CIA in the alleged torture and rendition of victims captured in or passing through Afghamistan.

Getting Away with Torture: The Bush Administration and Mistreatment of Detainees [pdf] Human Rights Watch, July 2011.

Below the Radar: Secret Flights to Torture and ‘Disappearance’ [pdf] Amnesty International, April 2006.