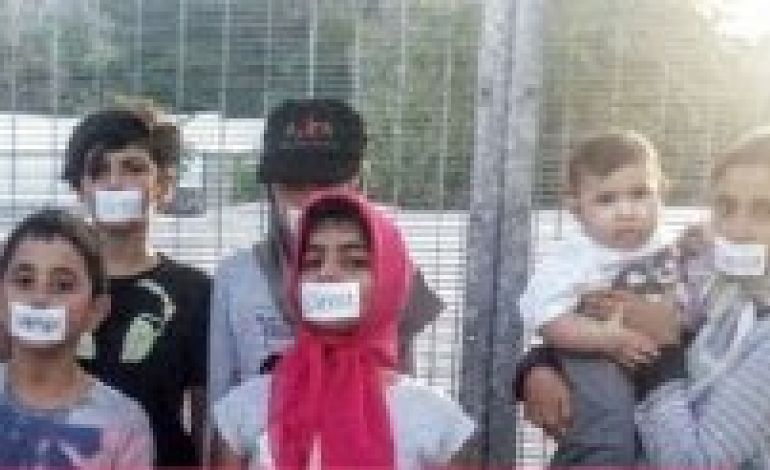 During World War Two, people across Europe risked their lives to offer sanctuary to refugees escaping from the Nazis. And today, amid another refugee crisis, citizens are once again coming together to protect some of the world’s most vulnerable people.

In Australia, men, women and children are being forced back to the notorious Nauru and Manus Island refugee detention centres (which some critics have called “concentration camps”). But a whole ‘army’ of citizens is now mobilising to stop this, with the backing of international law.

Around 400 men, women and children were flown to Australia from the offshore refugee camps on Nauru and Manus Island (Papua New Guinea). Some due to serious illness; others who were victims of rape or serious assault. All needed medical attention.

We’re talking about women who were sexually assaulted on Nauru. Men who were violently attacked on Manus. Children who were so traumatised by offshore detention that they needed urgent psychiatric care in Australia.

But now, the Australian government has announced that all 400 are to be returned to Nauru or Manus. And the first stage of this process will see 100 men and women issued with a final departure bridging visa. In the meantime, they are to be deprived of all resources – housing, financial, and other support.

is trying to starve them out. He is cynically exploiting their vulnerability and trying to force them back to danger by making them destitute

Some of the refugees that the government wants to return to Nauru were born in Australia:

Meet some of the 37 babies facing homelessness and hunger as Dutton & Turnbull try to starve families to go back to Nauru. pic.twitter.com/T7OQmp4ms6

An “army of people” takes a stand

Since the Australian government’s announcement, there has been an outcry. Kon Karapanagiotidis​ of the Asylum Seeker Resource Centre (ASRC) explained:

We cannot in good faith allow this government to starve families, babies, children. We’re not letting these people be sent back to danger.

Many community groups, refugee advocacy organisations, and churches have vowed to throw open their doors in support of any refugees and asylum seekers. Ian Rentoul from the Refugee Action Coalition (RAC) said:

There is a whole army of people who have responded to this, organisations and individuals; there’s been an enormous response.

And the ASRC has pledged to house and look after about 200 of the refugees based in Melbourne:

#BREAKING We've decided we can't let #Dutton starve the refugees from Nauru & Manus so we're taking in all 200+ that are here in Melbourne.

Many Australians are also prepared to offer accommodation to the refugees:

We are now at 15 spare rooms for refugees being starved out to force return to Nauru, and 3 family accommodations. WE CAN DO THIS 😍🙏💖🍀

Meanwhile, refugees imprisoned on Nauru are reportedly no longer able to gather together in groups of more than three. And Facebook is banned there, as is photography. The person who leaked the following photo, along with the individuals in the group, may face penalties:

In July 2017, the UN issued a statement condemning Australia’s offshore incarceration of 2,500 refugees and asylum seekers. Of these, some 1,100 remain in Nauru and 900 in Papua New Guinea. And there are a further 280 refugees at the processing centre on Christmas Island.

Under international protocols to which Australia is a signatory, every one of these refugees has the right to claim asylum. These protocols include the:

And as a party to the 1951 Refugee Convention, Australia has agreed to ensure that asylum seekers who meet the definition of a refugee are not returned to a country where their life or freedom would be threatened. This is known as the principle of non-refoulement [pdf]. Under ICCPR, articles 6 & 7, Australia also has an obligation not to send someone to a place where their life may be in danger or where they may be subject to cruelty or inhumane treatment. Consequently, if it is shown that asylum seekers are subjected to cruelty or inhumane treatment on Manus Island (or Nauru), then the Australian government would be in breach of those conventions.

This is why there are currently five claims lodged with the International Criminal Court (ICC), accusing Australian government ministers of crimes against humanity. These claims are by Andrew Wilkie MP and barrister Greg Barns [pdf], the Refugee Action Collective (Victoria), international legal advocate Tracie Aylmer [pdf], and a consortium [pdf] of Australian, British and American lawyers, and Global Legal Action Network and Stanford Law School [pdf].

Meanwhile, echoing 1950s McCarthyism in the US, Peter Dutton has shown his agreement with the accusation that human rights lawyers who defend refugees are somehow “un-Australian”.

Anglican Dean of Brisbane Peter Catt has announced that the Australian Churches Refugee Taskforce will support the refugees who face being forcibly returned to Nauru and Manus. And he has renewed an earlier offer of sanctuary regardless of the consequences. Under Australian law, “concealing and harbouring non-citizens” could see charges brought against anyone – including religious ministers – who offers sanctuary to refugees or asylum seekers.

But any Australian who decides to break that law can justify their actions with reference to the international protocols to which Australia is a signatory, as well as to Article IV of the Nuremberg Principles [pdf]. For this is no longer a matter of domestic law, but of human dignity and compassion.

Correction: This article originally stated that there were four claims lodged with the ICC accusing Australian government ministers of crimes against humanity. There are actually five. Also, the article formerly stated that Tracie Aylmer was a lawyer and migration agent. She is now an international legal advocate. The article was updated accordingly at 11.20am on 30 August.