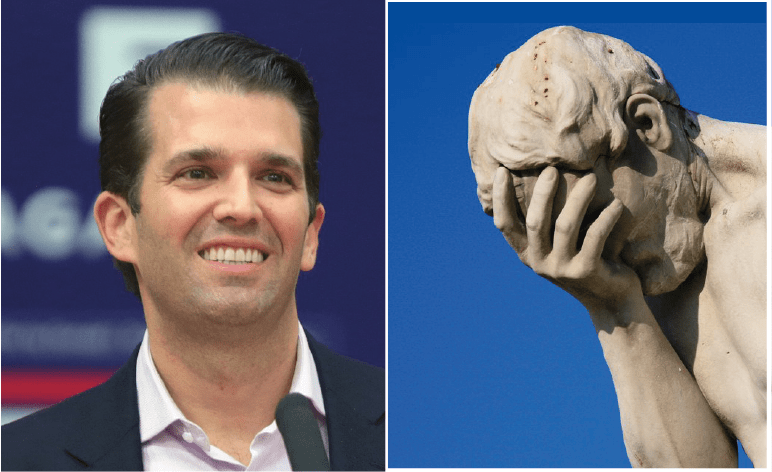 Elements of the right wing have tried to use Halloween to discredit socialism. Bashing socialism is something they often feel a need to do. But by dragging Halloween into it, they’ve shown that, like your common zombie, what they really need is brains.

A few prominent right-wing figures posted variations on the same meme. These people included the editor-at-large of Infowars – a site that previously claimed the Sandy Hook massacre was staged:

Teach your kids the joys of socialism by giving 50% of their trick or treat hoard to the fat kid down the round who played Xbox all night! 😀

This is a new take on a right-wing classic:

It makes even less sense when applied to trick or treating, though – an activity that involves three things capitalists hate:

Donald Trump Jr. tweeted something very similar a day afterwards. This was unsurprising, because if there’s one thing Trump Jr. is known for, it’s following on from someone else while offering nothing original of his own:

I’m going to take half of Chloe’s candy tonight & give it to some kid who sat at home. It’s never to early to teach her about socialism. pic.twitter.com/3ie9C0jv2G

He did provide others with the opportunity to say something fresh, though:

She was given candy for free.
You inherited all your money.
You met with Russian spies.
It’s “too”. https://t.co/Bsf5wkQxST

Imagine being the son of Donald Trump and believing you earned your candy.

it's never *too early to teach your child – who just got candy for free off someone else's dime – about the kindness of sharing https://t.co/LczyPjCWCt

Halloween is traditionally the time of year when unspeakable ghouls wander the land, spreading terror and mischief. In 2017, however, unspeakable ghouls are an everyday occurrence; which is why their ridiculous comments need to be staked at every available opportunity.