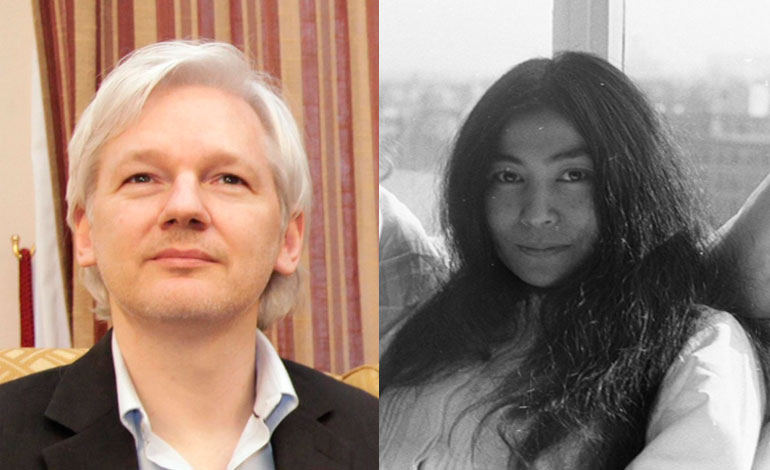 As Catalan President Carles Puigdemont spoke at a press conference in Brussels, details emerged of a Madrid document that partly blames the current crisis in Spain on a number of well known people from around the world. The Spanish government specifically named WikiLeaks founder Julian Assange and artist Yoko Ono as encouraging the Catalan independence referendum.

At the press conference, Puigdemont made it clear he was not in Brussels to claim asylum:

Catalan President Puigdemont says he’s in Brussels not to seek political asylum but “as the capital of Europe”.#RepublicaCatalana pic.twitter.com/V2Hof5MAp3

He also said he accepted the snap election for Catalonia, imposed by Spanish Prime Minister Mariano Rajoy, on 21 December.

He added that he and his colleagues would return to Catalonia once it is guaranteed they could act “with freedom and without threats”.

An indictment from Spain’s state prosecutor, calling for the Catalan President and his cabinet colleagues to be charged with rebellion and sedition, names [pdf, p94, Spanish] two people it says encouraged the Catalan independence referendum. The relevant paragraph translates as:

The addition of figures more or less known on the international scene, ranging from Julian Assange to Yoko Ono, was not spontaneous either. Alongside other means of managing support for the pro-independence cause, Òmnium Cultural created the website www.letcatalansvote.org/en for that purpose.

The document adds [pdf] that:

some of these figures made public declarations, mainly via their social networks, in favour of the referendum, which have had big repercussions given their high volume of followers.

Around 50 names are included on the website referred to. They include Peter Gabriel, Gerry Adams, Viggo Mortensen, and Joan Baez.

In the days leading up to the referendum, the domains of official referendum sites were shut down. But WikiLeaks restored the main referendum site that provided information as well as voter registration details.

Inquisitor: And what did these Catalan devils do now?
Rajoy: Encouraged peaceful voting! pic.twitter.com/YqA13U8kih

In the lead-up to the referendum, police raided print works and newspapers to seize more than 10 million ballot papers. They also took voting boxes. The crackdown saw more than 700 officials taken in for questioning. And the Guardia Civil (paramilitary police) raided the offices of three Catalan government ministries. Several other Catalan government buildings were raided too, including Finance and the Telecommunications and IT headquarters.

On the day of the referendum, police violence was widespread and documented via at least 155 videos.

The referendum saw 89% of voters say yes to independence, from a turnout of 42%. Only days later, Spain’s constitutional court suspended any attempt to declare that. But the declaration of independence [pdf] went ahead anyway. And when the Madrid government threatened the Catalan President and his cabinet with 30 years’ imprisonment, they were given little choice but to seek refuge. Now, extradition requests and the issue of European arrest warrants are likely.

So it may not be the Spanish Inquisition. But the absurdity of the prosecution of the Catalan government, on charges of rebellion and sedition, is now increasingly turning into an inquisition. And as the indictment shows, it’s one that also seeks to blame people around the world for simply supporting democracy.