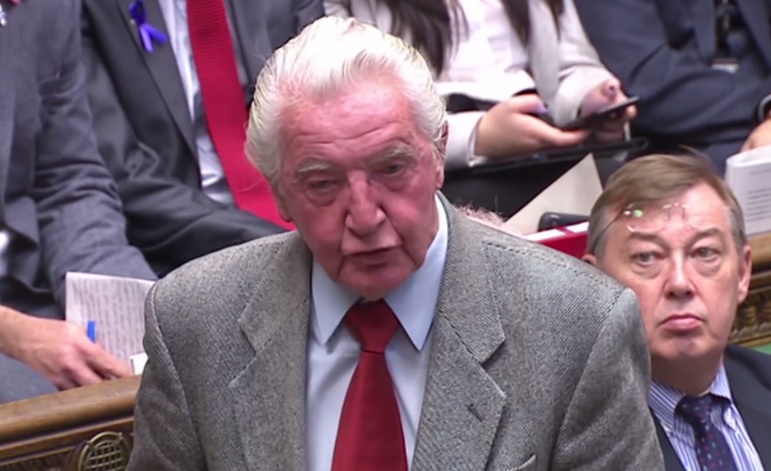 The UK’s oldest MP humiliated Theresa May in parliament on 1 November over HS2. Because Dennis Skinner accused her government of treating people in the north like “second-class citizens” in its planning of the new train line.

The Bolsover MP cited research that campaigners say shows the government is cutting costs on the northern part of the HS2 route. But less than 24 hours later, Hs2 Ltd revealed that it’s certainly not cutting costs in some areas.

In fact, UK taxpayers are about to foot a whopping almost £3bn bill for one aspect of the project. And most of it will go straight into the pockets of private companies.

They are vying to design, build and maintain at least 54 trains. And the government will pay the lucky winner £2.75bn. Not that most of them need it. Spain’s Patentes Talgo S.L.U, for example, reported a net profit of €15.6m in the first quarter of 2017.

There have been multiple issues with HS2. Not least that the line, connecting London to the north, is now expected to cost UK taxpayers an eye-watering £400m per mile. The impact on communities affected by its construction is another.

The latter is what Skinner brought up in parliament. He accused HS2 Ltd of planning to knock down people’s houses in the north in order to cut costs. And he said research shows the same is not true in “the leafy suburbs of the south”.

Now, these details show that the government isn’t applying the same cost-cutting rule to this contract either. It appears there’s a double standard in place. With this government? Perish the thought.