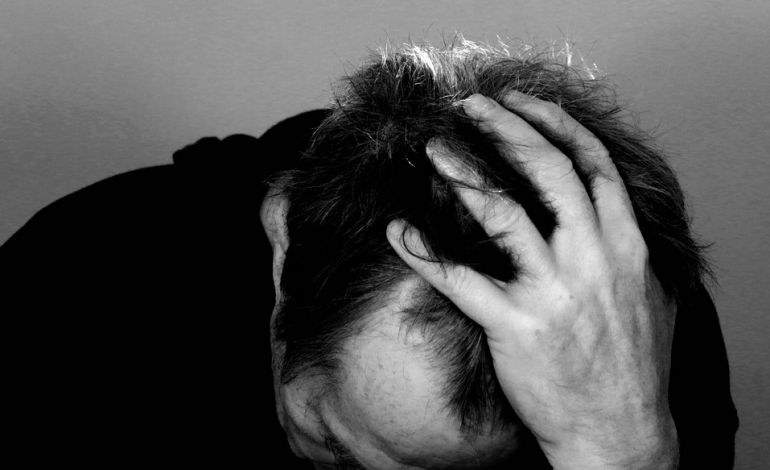 Figures from the Office for National Statistics (ONS) show that there were 3.4% fewer suicides in 2016 than in 2015. This is promising. But 5,668 people still took their own lives last year. And suicide remains the number one killer of men under 45.

Brain activity of people at risk of suicide

The report, published in Nature Human Behaviour, highlights that words such as “death” and “trouble” result in brain activity that is unique to people at risk of suicide. Author Marcel Just says:

There really is a difference in the way [suicidal] people think about certain concepts.

We’re very bad at identifying which people who are presenting with risk are in fact going to go on and have a suicide attempt.

Of course, not everyone who is at risk of suicide will reveal their suicidal thoughts or plans to others. Being able to gauge suicide risk with brain imaging techniques could therefore prove very useful.

Researchers asked suicidal participants and a control group to lie in a brain scanner while words appeared on a screen. These included negative words like “apathy”, “desperate”, “hopeless”, and “lifeless”, and positive words, such as “carefree”, “praise” and “good”. The brain activity of both groups was monitored while they thought about the meaning of each word. A computer then analysed the data, to see if the brain activity of these two groups could be distinguished. And it “correctly identified 15 of the 17 suicidal participants and 16 of the 17 controls”.

Ed Coffey, previous CEO of Behavioural Health Services at the Henry Ford Health System in Detroit, Michigan, set out a Zero Suicide goal. Coffey wanted to develop perfect depression care, so that no patient would commit suicide. His reforms improved access to care and reduced the means for patients to commit suicide. Also, every patient who had a mental health condition was asked a series of questions to gauge suicide risk. Following these screenings, an individually catered care and safety plan was formulated. And the patient’s family was involved.

What was astonishing was how effective this approach was. In 2009, there was not a single recorded suicide at the institution. In 2013, Coffey visited Mersey Care in Liverpool to talk about his suicide prevention approach. And in 2015, the trust incorporated a Zero Suicide policy. It aims to have no patient commit suicide under its care by 2020. This is far more ambitious than the government’s target of reducing suicide by 10% in three years.

This recent study on suicide shows how brain imaging could also be used in a Zero Suicide approach. If we want to eliminate suicide from society, then we need to further our understanding of mental health. Evidence-based treatment can save lives that don’t have to be lost.