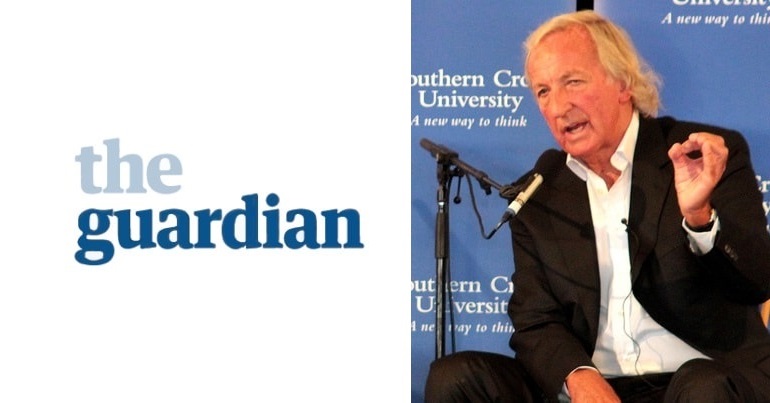 When Republican John McCain died on 25 August, the Guardian joined the rest of the ‘liberal’ media and published rolling tributes to the late senator. In multiple mediums, the Guardian lauded McCain as a “real American war hero” and a man of “heroic status” with “fiercely independent views”. 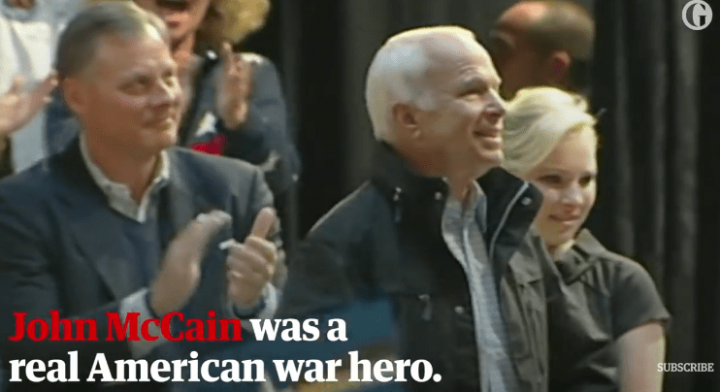 But Pilger brought a dose of reality to his former employer:

The Guardian describes the late John McCain as a "war hero". As a pilot in Vietnam, McCain cravenly bombed a mostly undefended country of civilians. When he was skilfully brought down, his life was saved by the very people he was trying to harm. A true American plastic hero.

While fighting in Vietnam, McCain was part of a military that engaged in the worst forms of war crimes. In 1966, philosopher Bertrand Russell founded the Russell Tribunal, which evaluated the US’ conduct during the Vietnam war. Hosted by fellow philosopher Jean-Paul Satre, a year’s investigation from international scientists, academics, former heads of state and peace activists found the US:

guilty on all charges, including genocide, the use of forbidden weapons, maltreatment and killing of prisoners, violence and forceful movement of prisoners

According to former US interrogator Peter Martinsen, international law was violated and “interrogators participated in actual torture”. Regardless of whether McCain was directly involved in any war crimes, the Guardian should not praise him as a war hero, as BAFTA award-winning documentary film maker Pilger pointed out.

It’s not just Vietnam. McCain was a war hawk through and through. He immediately supported every war, be it Iraq, Yemen, Afghanistan, Syria or Libya.

The late Republican senator was recorded singing “bomb, bomb, bomb Iran”. McCain later claimed he was joking, although he was a fierce critic of Iran and the prospect of US military involvement in the Islamic republic is real.

Despite 9/11 having no connection to Iraq, McCain described the US move to invade the country in response as a battle “between right and wrong, good and evil”. He later apparently admitted during his 2008 presidential run that the US invaded Iraq for oil.

With such invasions and warmongering in mind, Pilger questioned the Guardian’s characterisation of McCain as a “hero”.

Pilger wrote his last Guardian piece in 2015. He said the corporate outlet axed his column in a “purge”:

my written journalism is no longer welcome – probably it’s [sic] last home was The Guardian, which three years ago got rid of people like me and others in pretty much a purge of those who were saying what The Guardian no longer says.

Indeed, the Guardian also sacked former columnist Nafeez Ahmed. Ahmed used his editorial freedom to publish a piece about Israel targeting Palestinian gas reserves: $4bn worth of natural gas was found on the Gaza coast in 2000. The Guardian closed his environment blog the day after Ahmed posted the article.

As well as a war-hawk, McCain’s domestic policies are also questionable. McCain described himself as “a pro-life, deficit hawk, free trade Republican”. So the so-called liberal Guardian is singing the praise of an anti-abortion lawmaker. And Media Lens criticised the BBC for similar coverage:

This is hagiography; not journalism. Keep it up, @BBCNews
It's increasingly obvious whose interests you serve.

‘Washington without John McCain is a lesser place. He was a human landmark; an American hero whose broken body personified the Land of the Brave.’ pic.twitter.com/dhib50Fb7m

From the Guardian to the BBC, the self-appointed liberal media is in a right state.

Pilger, an internationally respected journalist and filmmaker, annihilated the Guardian for its tribute to the “plastic hero” McCain. Good on him.