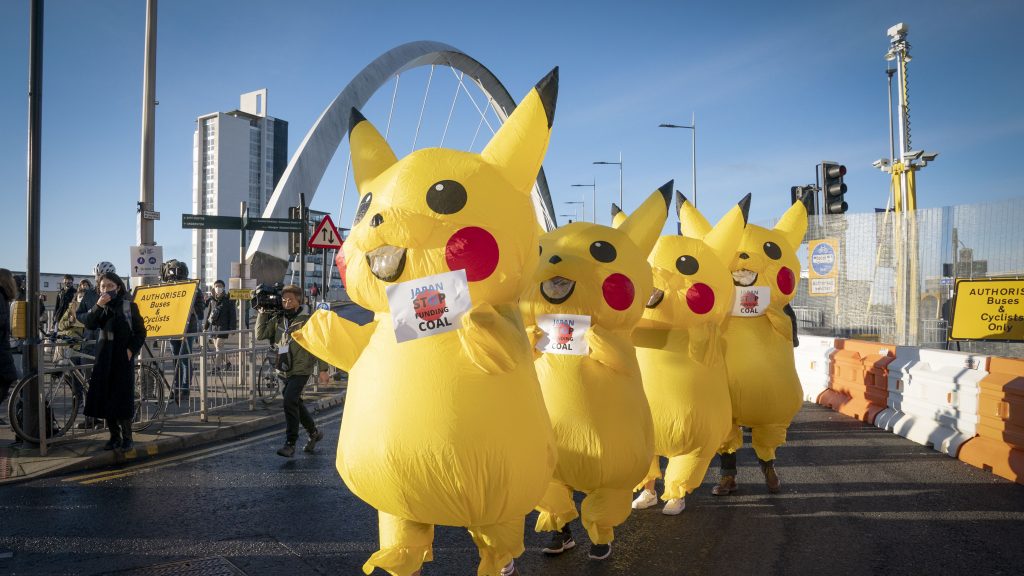 Protesters dressed as Pikachu have gathered opposite the COP26 conference as climate protests continue in Glasgow. The giant Pokemon were demanding an end to Japan’s support for coal power.

It comes after several demonstrations took place in Glasgow on Wednesday, including an Extinction Rebellion march through the city attended by hundreds.

On Thursday morning, a group called No Coal Japan held up a banner saying “Japan, time to end coal” on the opposite bank of the Clyde. They say Japan is continuing to finance coal plants in Bangladesh and Indonesia.

Another Extinction Rebellion protest is expected outside the Home Office building in Cessnock on Thursday, while there will be other large marches through the city on Friday and Saturday.

Extinction Rebellion’s protest on Wednesday was against “greenwashing” and included demonstrations outside the SSE and JP Morgan offices. The group said police action raised “serious questions about civil liberties, right to protest, and human dignity”.

On Wednesday evening, Police Scotland said five arrests had been made at the demonstration, including two after officers were sprayed with paint.