One burning issue is getting short shrift at COP26 - Canary 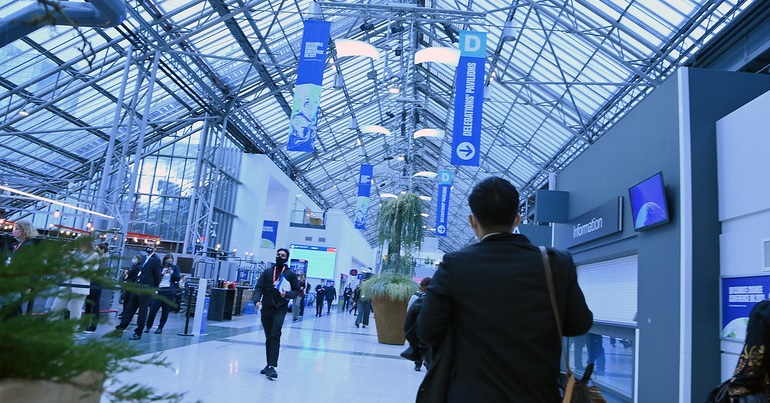 COP26, the UN climate conference in Glasgow, isn’t short on promises to tackle various elements of climate and biodiversity crises. The UN event has featured a number of pledges to deliver on deforestation, finance and more.

But there’s one burning issue that’s getting short shrift in the official discourse at COP26. It appears that leaders are largely avoiding addressing the fact that a behaviour that sets humans aside from other animals has essentially turned out to be its Achilles heel – and we have to stop doing it.

Humans’ ability to ‘make’ fire is one of the species’ most celebrated talents. It’s widely viewed as a key reason why we in particular flourished among our peers in the animal kingdom.

It appears though that we’re now somewhat addicted to doing it, lots of it. It’s central to why we’re in the environmental catastrophe we are right now, with the burning of fossil fuels at its heart. But ending the combusting of fossil fuels doesn’t appear to be high on the list of priorities at COP26, or in countries’ wider plans.

As Destination Zero’s Catherine Abreu pointed out at a Climate Action Network press conference on 3 November:

The world’s governments are planning to produce twice as many fossil fuels over the next decade than is consistent with the 1.5 degree pathway by 2030.

In their rhetoric, government officials say they’re trying to keep “1.5C alive”. But they’re not doing enough to keep the world below that critical threshold. Abreu explained what sort of pledges leaders need to offer in order to deliver on what they claim to be aiming for:

Governments should call for international cooperation on a just transition from fossil fuel dependence; join the Beyond Oil and Gas Alliance (BOGA) to align production with 1.5ºC when it is launched by Denmark and Costa Rica next week; and seriously consider exploring a Fossil Fuel Treaty to help meet the Paris goals.

Still burning things, just something else

Coal is a partial outlier in terms of action on reducing fossil fuel burning. A number of governments have pledged to phase out its use. But as Stand Earth’s Maya Menezes told The Canary at the conference, the phase out of coal in Europe hasn’t meant that burning has stopped. Because plans generally aim to switch from burning coal to burning biomass, such as wood. The Drax power station in the UK is a prominent example.

Burning wood for fuel is carbon-intensive and appears to be driving the destruction of longstanding, carbon-holding forests. Forests are essential allies in tackling the climate and biodiversity crises as they store carbon and provide homes and habitat for countless species. Despite this, many governments categorise biomass as ‘clean’ energy due to the fact that, over long times frames, wood can be a renewable resource. So we’re still burning stuff but governments essentially argue its ‘good’ burning. The forest-focused organisation Fern argues, however, that the EU’s position on bioenergy ignores three fundamental principles:

Menezes also stated that “if you burn something, you are releasing carbon”. As such, she contended that if we’re to move beyond producing too much carbon “we have to stop burning things”.

Literal combustion isn’t the only issue receiving short shrift from officials at COP26 either, metaphorical burning is too.

During the conference, the Global Alliance for the Rights of Nature is holding tribunals. Its tribunal on 3 November put officials’ “False Solutions to the Climate Crisis” on trial. These so-called solutions include the capturing and storage of carbon – as a way to reduce carbon in the atmosphere – and large-scale manipulation of the earth’s systems to alter the climate, known as geoengineering.

At the tribunal, the ‘earth prosecutor‘ Julio Prieto likened the current approach of officials – which is to embrace these ideas rather than aiming to cut carbon emissions at source – as starting a fire in our own homes but choosing not to put it out. Instead, Prieto asserted, they’re essentially just planning to change the furniture to “things that are more resistant to fire”.

In short, if we’re to adequately tackle the environmental crises we face, we have to stop igniting stuff and put out the existing flames. But, despite their myriad of pledges, tackling this central problem doesn’t feature heavily on officials’ COP26 agenda.

In order to be considered a success, they must address this burning issue.