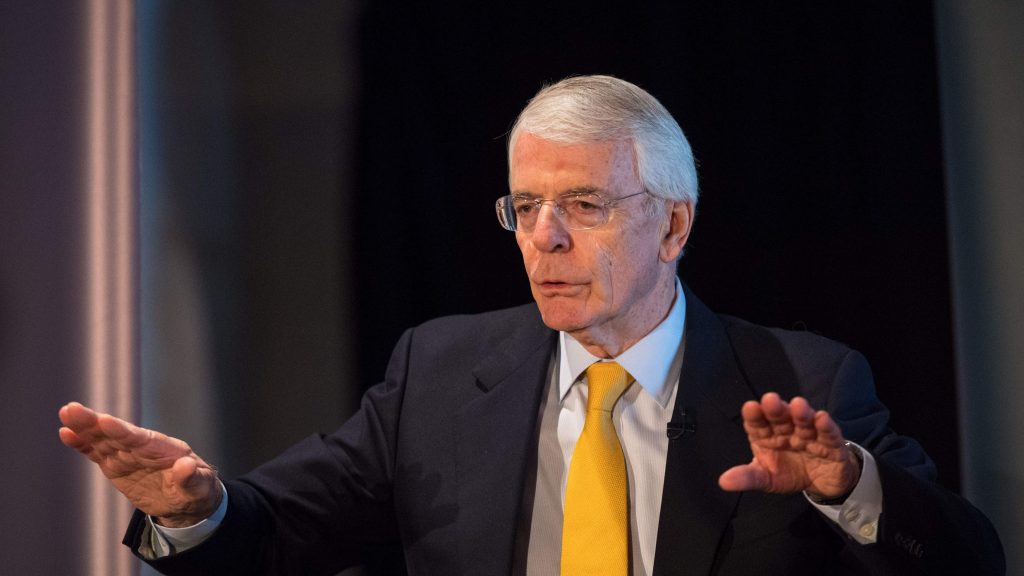 Boris Johnson has been warned by sir John Major that suspending parts of Northern Ireland’s Brexit deal would be dangerous and “colossally stupid”.

Former prime minister Major said the move would damage relations with the European Union and United States and could further destabilise Northern Ireland.

Talks between the EU and UK over the Northern Ireland Protocol continue but Brexit Minister lord Frost has warned that the option of unilaterally abandoning parts of the agreement remained “very much on the table”.

To avoid a hard border with Ireland, the protocol effectively keeps Northern Ireland inside the EU’s single market for goods, resulting in some checks for products crossing the Irish Sea from Great Britain, which left the single market.

Lord Frost and the prime minister have argued that the EU’s interpretation of the deal has led to difficulties which have created the condition to justify the use of Article 16 of the protocol, effectively suspending elements of the arrangements.

I think it would be colossally stupid to do that.

To use Article 16, to suspended parts of the protocol, would be absurd.

This protocol is being denounced week after week by Lord Frost and the Prime Minister.

Who negotiated the wretched protocol?

Lord Frost and the Prime Minister.

Lord Frost met European Commission vice-president Maros Sefcovic on Friday but there was no breakthrough in efforts to resolve the row.

Further talks will take place in London on November 12 but Major said:

At the moment, we are negotiating over the protocol with all the subtlety of a brick.

What is happening week after week is that Lord Frost goes into the negotiations, he gives away nothing, he takes something from the European Union, he goes away, blames them for the fact that nothing at all has happened.

Major said he suspected Article 16 would be triggered after the United Nations Cop26 climate summit being hosted by the UK in Glasgow has concluded.

This is a very difficult and dangerous road to go down.

It’s not just a question of trade difficulties

It could, we’ve seen what’s happened in Northern Ireland before, it could become much worse.

They should be very, very careful about this.

This is silly politics to placate a few extreme Brexiteers, and the price will be paid by businesses, people in Northern Ireland and the reputation of the United Kingdom.

Major acknowledged that critics would brand him as a “bitter old Remoaner”.

I am old, and I’m most certainly a Remainer.

But I’m not bitter, but I am disappointed and angry at the way the Government has behaved.