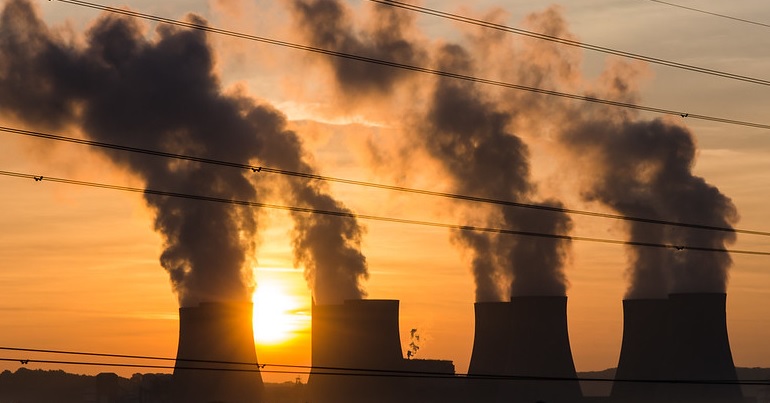 On 4 November, the UK and a number of other countries backed a pledge to partially end the international public financing of fossil fuels by the close of 2022. They were joined by a small selection of investment institutions. In short, these signatories are promising that they won’t funnel the public’s money into projects overseas that are sure to make the climate crisis even worse.

The development is of course welcome amid the environmental emergency. Anything that limits further damage that the crisis’s central villain – the fossil fuel industry – can wreak is a good thing. But given the caveats, the limits of the promise, and the stakes, it does provide a sobering reality check on the current state of global leadership.

According to analysis by Oil Change International and Friends of the Earth US, financial support from the G20 nations and Multilateral Investment Banks (MIBs) to overseas fossil fuels amounted to $188bn between 2018 and 2020. Their funding of renewable energy abroad, meanwhile, was less than half of that.

As such, the Climate Action Network (CAN) characterised the development as a big win. Laurie van der Burg, global public finance campaigns co-manager at Oil Change International, which is part of CAN, said that by signing the pledges, countries are “doing what’s most logical in a climate emergency: stop adding fuel to the fire and shift dirty finance to climate action”. She added:

We need to see much more of this to help deliver and exceed climate finance promises and support real solutions that meet community needs – particularly in the Global South. Other countries and institutions must follow suit.

However, the initiative contains caveats. Firstly, the pledge only applies to “new” and “direct” support. It also allows for exceptions in “limited and clearly defined circumstances”. So, existing support for fossil fuels abroad, like the UK’s financing of a Mozambique gasfield, remain in place. Moreover, the halting of support only applies to “unabated” overseas fossil fuels.

What ‘unabated’ means isn’t defined in the information released so far. But van der Burg said “it is critical that the signatories use a strict definition for unabated”. She explained that the definitions for abated that countries have used elsewhere in relation to power stations seem to revolve around whether they are ‘equipped’ or ‘ready’ for carbon capture and storage (CCS). This is a controversial and uncertain technology that would ultimately pass the carbon problem on to future generations. If this new pledge follows those other definitions for abated, CCS capacity could potentially allow for continued funding of overseas power plants.

The scope of this initiative is on ending international financial support for the unabated fossil fuel energy sector and to prioritise support for the clean energy transition.

Around 20 countries had signed up to the pledge on 4 November, along with a handful of financial institutions. Some typically large providers of funding for fossil fuels abroad have signed it, like the US and Canada. Denmark and Costa Rica have also signed up. These two countries are calling for nations to sign up to the Beyond Oil & Gas Alliance (BOGA). It aims to deliver “a managed and just transition away from oil and gas production”.

The UK’s involvement in the initiative is quite an about turn compared to what it was recently. Global Justice Now revealed in 2020 that between the country’s development bank, the CDC Group, and its export credit agency, UK Export Finance, the UK had ploughed £3.9bn into overseas fossil fuel infrastructure since signing the Paris climate agreement.

The UK government spokesperson also told The Canary that the country’s signing represents a “whole of government approach” and therefore it will apply to “all types of direct public support from the UK”.

Critically, however, the pledge also only applies to fossil fuels abroad. It does nothing to stem countries’ flows of public money to them at home. So although the move could axe over $18bn a year from fossil fuels and redirect it to clean energy, there’s lots of money still flowing into dirty energy. Overall, subsidies amount to half a trillion dollars annually.

Finally, where governments redirect the funding matters. This is because many nations count biomass as clean energy, along with energy like solar and wind. Biomass energy mainly involves the burning of wood. Burning wood for fuel is carbon-intensive and appears to be driving the destruction of longstanding, carbon-holding forests. So if governments redirect financing into this type of energy, it will do nothing to assist in lowering carbon emissions in the near future.

Around the world, particularly in the global South, people are dealing with the devastating impacts of fossil fuel extraction, in terms of the damage done to their environment. They are also already facing the dire consequences of the burning of fossil fuels, with global warming and the extreme weather it causes.

At this point, anything short of an immediate caveat-free effort by richer, industrialised nations to rapidly phase out fossil fuels at home and assist low income nations in a swift and just transition from reliance on fossil fuel income is tantamount to sacrificing more human lives – and much of the living world – on the altar of industry.

So, while the pledge is welcome, it is by no means enough. And it shows that the state of global leadership is sorely lacking.