The £3.9bn scandal that casts a dark shadow over Boris Johnson's recovery plan - The Canary 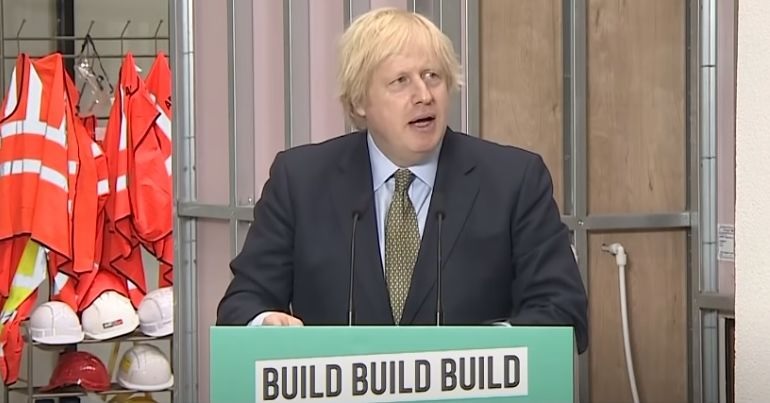 Boris Johnson unveiled his proposed coronavirus (Covid-19) recovery plan on 1 July. He promised to splash cash on hospitals, schools and town centres. The PM also mixed in some messaging on tackling the other momentous challenge of our times: the climate crisis. On this he predictably came up short, promising little other than technological impossibilities, such as “jet zero” (meaning zero emissions) flights, and to “build greener”. In fact, Johnson even pledged to undo protections for the natural world  – “newt-counting” as he disdainfully put it – that get in the way of his ‘build, build, build’ plan.

But there’s a scandal to the tune of £3.9bn that casts an even darker shadow over this already pitiful climate plan. A scandal that was recently laid bare by the campaign group Global Justice Now.

As the group highlighted in a press release, the UK government has thrown more aid money at fossil fuel projects in Africa. Global Justice Now sourced the figures from the CDC Group’s (the UK development bank) annual report.

CDC investments for 2019 included £65.5m in Early Power Limited and £34.9m in Globeleq Limited in Cote d’Ivoire. Global Justice Now says the former is a gas power station in Ghana and the latter a gas-fired Azito power plant operated by the CDC subsidiary Globeleq.

In response to the report, the group’s climate campaign manager Daniel Willis said:

CDC have today let slip that another £100 million of UK aid has gone directly to fossil fuel projects in Africa – even as they try and talk up their record on climate change. What’s more, a derisory 15% of the electricity generated by their investments was renewable last year – this has actually fallen.

It is a totally contradictory use of UK aid to be investing in these projects. We know that climate change impacts communities and exacerbates poverty in the global south the most, and the UK is hosting a crucial global climate summit next year.

Noting Johnson’s recent announcement that he’s going to effectively abolish the Department for International Development (DfID) by merging it with the Foreign and Commonwealth Office (FCO), Willis said “this latest revelation points to a worrying future”.

Previous analysis by Global Justice Now showed that the UK had invested over half a billion pounds of aid in overseas fossil fuel projects since it signed the Paris Climate Agreement in 2016. Over the past decade, essentially since the Conservatives came to power in 2010, the figure rises to an estimated £1.6bn of UK aid money ploughed into overseas fossil fuels. This includes the CDC’s direct investments in fossil fuel projects and indirect investments in funds that the group says have previously supported oil and gas companies.

What’s worse, the CDC Group’s investments don’t constitute the entirety of the UK government’s funding of overseas fossil fuels either. Global Justice Now says the UK’s export credit agency, UK Export Finance, has put £3.31bn into fossil fuels since the country signed the Paris Agreement. Overall, the group reports that the UK has given £3.9bn to overseas fossil fuel infrastructure since signing the climate agreement. It invested £568m of this using the international development budget.

The fact that governments around the world need to reimagine societies and economies due to coronavirus has put us at a crossroads. Because they have a choice. They can choose to assist our human civilisation in reshaping itself into something altogether more respectful, compassionate, thoughtful, and fair to the planet and all its animal inhabitants (including humans). Or they can perpetuate the perversion that led us here, to the sixth mass extinction of life on earth.

Johnson’s recovery speech proves he lacks the vision and political will to make the right choice. His party’s record in government also shows he’s not alone in that shortcoming. As Willis said, a very “worrying future” awaits.