A terrifying new report has got The Daily Mail up in arms, for all the right reasons - Canary 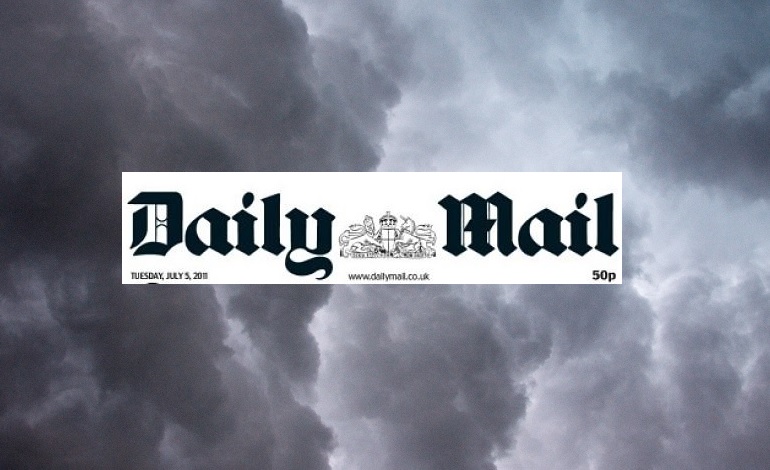 A new report has got The Daily Mail up in arms, for all the right reasons. Because it spells very bad news for the future of our world, and it’s all our own doing.

The “biological annihilation” of wildlife over the past few decades has reportedly triggered the world’s sixth mass extinction event. And scientists say the extinction process is now actually well under way.

But unlike the five mass extinction events of the past (the last one being 66 million years ago), this one is caused by humans. Because our current behaviour is unsustainable; and it’s threatening the very foundations on which we exist.

As The Mail says, it’s a “grim warning”. Especially as scientists assert that we’ve only got around 20 years to turn back the tide.

Scientists published their study in the peer-reviewed journal Proceedings of the National Academy of Sciences. And it has led to a few raised eyebrows because of the unusually muscular language used. But as Professor Gerardo Ceballos, who led the work, explained:

The situation has become so bad it would not be ethical not to use strong language.

And the study does indeed reveal a very “bad” situation. Scientists found that we’ve already lost up to 50% of all animals; while almost half of all land mammals have lost 80% of their range – the geographical areas in which they exist. In total, scientists say the “global epidemic” of species declines has seen billions lost across the planet. This amounts to the “erosion of biodiversity and of the ecosystem services essential to civilization”.

Rather than focus solely on species extinction, as other studies have, scientists took a wider view. They researched the populations and ranges of both common and rare species. And the study’s conclusion contains a serious message:

When considering this frightening assault on the foundations of human civilization, one must never forget that Earth’s capacity to support life, including human life, has been shaped by life itself…

We emphasize that the sixth mass extinction is already here and the window for effective action is very short, probably two or three decades at most… All signs point to ever more powerful assaults on biodiversity in the next two decades, painting a dismal picture of the future of life, including human life.

Humanity will eventually pay a very high price for the decimation of the only assemblage of life that we know of in the universe.

Scientists say the causes of this sixth mass extinction are:

Humanity is the driver behind most of these causes. Our pollution, our man-made climate issues, and our decision not to work to diminish the prospect of nuclear war (but to further it) are the problem. Furthermore, other reports assert that the limited resources we’ll have in our biologically-depleted world will lead to war in itself.

Scientists also point to overpopulation and population growth as a main issue. In particular, they raise overconsumption “especially by the rich” as a driving force behind this destruction.

Some fellow scientists have taken issue with the findings. They don’t dispute the conclusions about biological depletion. But some question whether this means we are already in the sixth mass extinction event; while others argue the study should have been more nuanced.

There is, however, a near consensus on the grave environmental issue we face. And that consensus isn’t just in the scientific community, as The Daily Mail‘s sober reporting showed. We cannot continue to act like this world is our oyster, with no regard for all else that lives on it.

Because we depend on that life for the very air and water we need to survive. In their survival lies ours. We are quite literally all in this together.

– You can read the full study here.