Never mind your carbon footprint, we now know 100 companies are actually causing most of our global warming [OPINION] 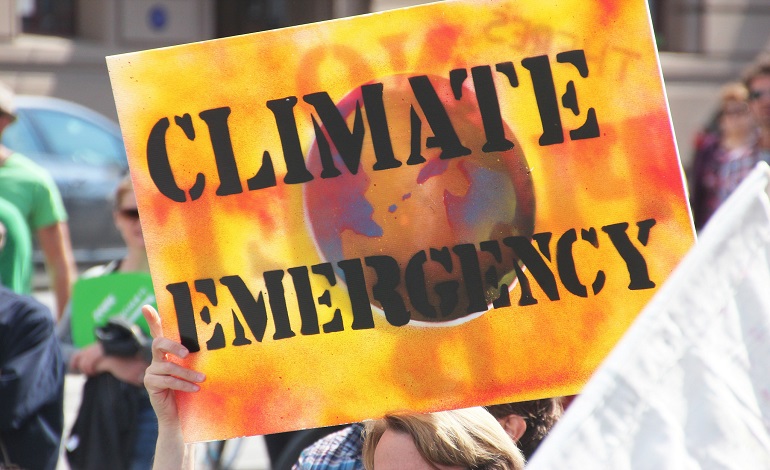 It has been revealed that just 100 corporations are actually causing the majority of the world’s global warming. In just under 30 years, these companies have released nearly one trillion tonnes of greenhouse gases. And this evidence shows the narrative surrounding citizens’ own ‘carbon footprint’ and individual responsibility toward climate change as little more than just hot air.

The CDP (formerly the Carbon Disclosure Project) has published research into industrial greenhouse gas (GHG) emissions since 1988; the year climate change was officially recognised. And it has found that 71% of all GHG emissions since then have been produced by just 100 companies.

The breakdown of ownership of these companies is:

Private corporations including Total, BP, Shell, ExxonMobil and Chevron were among those with the highest levels of emission. As were state-owned companies like Saudi Aramco, Russia’s Gazprom, National Iranian Oil, Coal India, Mexico’s Pemex, and China’s CNPC and Chinese Coal.

A stark warning on global warming

The CDP says that: “All fossil fuel company operations and products worldwide have released more emissions in the last 28 years than in the 237 years previously”. It also reveals that these 100 companies have produced 52% of GHG emissions since the Industrial Revolution. This equates to nearly one trillion tonnes of GHG. It also says that:

If the trend in fossil fuel extraction continues over the next 28 years as it has over the last 28, global average temperatures would be on course to rise by 4ºC by the end of the century – likely to entail substantial species extinction and large food scarcity risks worldwide.

A wider sample [pdf p5] found that, in 2015 alone, 224 companies produced 72% of all GHG emissions. But the CPD report also highlights some flaws in the reporting requirements of companies.

The report [pdf p5/6] breaks emissions down into ‘Scope One’ and ‘Scope Three’ types. Scope One is emissions from production, which companies generally have figures on. But the data which companies don’t know, and therefore the CDP had to estimate, cover the amount of Scope Three emissions. They are the GHG amounts produced after products are sold. This lack of data could be because, if consumers actually knew just how much damage products were causing, they might not buy them at all.

But it is, paradoxically, consumers who are told that they have to reduce their GHG emissions. And here lies the problem.

Consumers are constantly being reminded about their carbon footprint: being encouraged to drive less, to use less energy, and having to pay for carrier bags. All despite the evidence that it is just a handful of companies responsible for the bulk of this pollution.

The narrative peddled by corporations, governments and institutes is one of ‘individual responsibility’. The public is told that stopping climate change is down to all of us. But this shifting of responsibility permits corporations to continue with irresponsible practices that endanger the planet, all to protect their profits. This is a practice not necessarily exclusive to climate change. But it’s seen whenever there’s profit to be made.

For instance, ‘bed blockers’, immigrants, and missed appointments are often used as scapegoats for the pressure on NHS services. In turn, this distracts from the chronic underfunding of the health service to further its privatisation. Likewise, bemoaning fly-tipping on council estates distracts from acknowledgement that public refuse collection services have been slashed and handed over to private providers.

This should change everything

In her book This Changes Everything: Capitalism vs The Climate, author and activist Naomi Klein says:

I think the answer is far more simple than many have led us to believe: we have not done the things that are necessary to lower emissions because those things fundamentally conflict with deregulated capitalism, the reigning ideology for the entire period we have been struggling to find a way out of this crisis. We are stuck because the actions that would give us the best chance of averting catastrophe—and would benefit the vast majority—are extremely threatening to an elite minority that has a stranglehold over our economy, our political process, and most of our major media outlets.

It is our corporatist system of governance that is really destroying the planet. It may make you feel better to pay 5p for carrier bags, to walk instead of driving to the shop, or to turn off the light that doesn’t need to be on. But in reality, these small adjustments don’t make much difference when it comes to climate change. Not when corporatism remains our global political system.