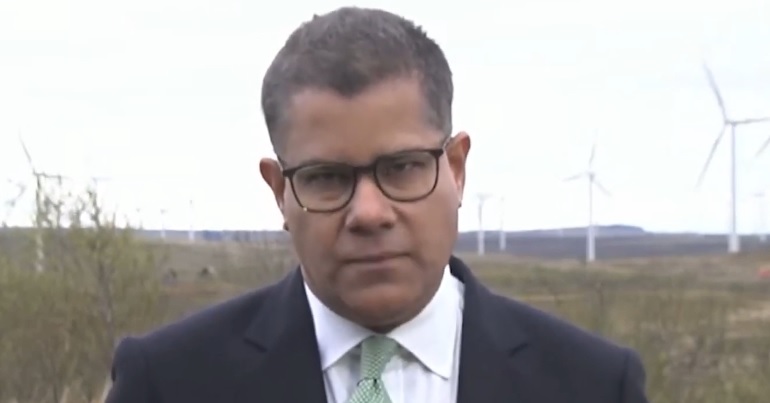 New research suggests that a tree-burning power plant, which the UK heavily subsidises and categorises as ‘clean energy’, is the country’s biggest emitter of carbon pollution.

According to climate and energy thinktank Ember, Drax power station in North Yorkshire is the country’s biggest single source of CO2 emissions. Moreover, it claims that Drax is among the top three coal plant emitters in the whole of the EU.

Drax used to be an exclusively coal-fired plant. In the last couple of decades, however, it has switched a number of its units to burn biomass – namely wood – rather than coal. People in the UK pay a levy on fuel bills, massive subsidies from which go towards propping up the plant. And it’s now expanded, becoming the second largest manufacturer of its main feedstock – wood pellets – for producing bioenergy.

According to Ember, with its biomass and coal energy production combined, Drax was the third biggest coal plant emitter of CO2 in the EU in 2020. Its CO2 emissions totalled 14.8 million tonnes (Mt), with 13.3Mt coming from bioenergy. The think tank also calculated that the plant was the EU’s fourth largest power plant emitter of PM10 in 2019. This is particulate matter that is below 10 micrometers in diameter. It’s a pollutant that can contain toxins and impact human health, particularly among vulnerable people.

A Drax spokesperson said that Ember’s figures were:

A Department for Business, Energy and Industrial Strategy spokesperson commented that the department “did not recognise” the figures.

The Conservative government, and seemingly Labour too, accept the idea that biomass energy is carbon neutral. Globally, a number of policymakers and institutions also appear to endorse the premise. Its alleged carbon neutrality centers around the notion that we can plant further trees to replace the trees cut down for burning.

Trees store carbon, which is released when companies like Drax burn them. Ember points out that wood has a “lower energy density” than fossil fuels like coal. It says this means companies have to burn it “in higher volumes than coal to produce the same amount of energy”. As such, wood emits more carbon per unit of electricity than coal.

Because we can, in theory, plant further trees that will suck that carbon back out of the atmosphere, the fuel has attracted the ‘neutral’ characterisation. However, trees take time to grow and store carbon. Meanwhile, the Natural Resources Defense Council (NRDC), which is part of the Cut Carbon Not Forests coalition, asserts that Drax and others in the business “routinely” source wood from whole and mature trees.

So bioenergy appears to be driving the destruction of longstanding, carbon-holding forests. And its ‘neutrality’ is based on the assumption that at some point newly planted trees will be capable of storing that carbon instead.

In short, the timelines don’t stack up in terms of the carbon accounting. Indeed, hundreds of scientists voiced their opposition to bioenergy in an open letter earlier in 2021 due to its contribution to global warming, among other things. Moreover, the European Academies Science Advisory Council has also pointed out that oftentimes:

A study released in July, meanwhile, asserted that in relation to water and irrigation, growing biomass at scale for burning cannot be achieved sustainably.

Drax also aims to develop the ability to capture and store the carbon produced in its burning of biomass. This is known as bioenergy with carbon capture and storage, and it will be largely funded by UK consumers. Drax says this would make the fuel carbon negative rather than carbon neutral. But efforts to capture and store carbon (CCS) around the world so far haven’t inspired confidence in CCS as a viable, smooth, or secure route towards cleaner energy or a cooler world.

The government also subsidised the company’s operations by over £2m a day in 2020 and 2017 according to Biofuelwatch.

Fails on every count

The NRDC’s Sasha Stashwick recently told The Canary that there are three key things the world needs prioritise to tackle the climate and biodiversity crises. They are:

Doing the latter will both stem biodiversity loss and help to store carbon.

Despite its ‘neutral’ and ‘negative’ promises, bioenergy doesn’t appear to assist in any of these goals. In fact, on most counts, it seems to be making matters worse.