Another week, another total failure from the Tory government to 'lead the world' on climate crisis - The Canary 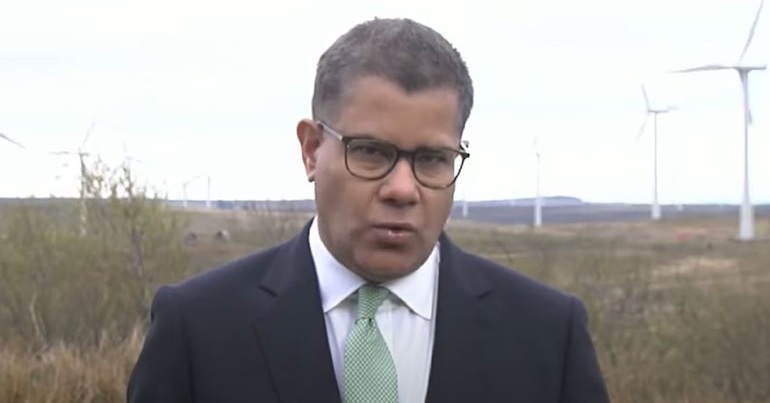 The UK government requested that the International Energy Agency (IEA) produce a report on how the world can meet its net zero commitments to instruct the COP26 climate talks in November. The IEA has recently published that report, entitled Net Zero by 2050: A Roadmap for the Global Energy Sector.

One of the IEA’s most eye-catching demands for achieving zero emissions is the end of all new exploration for fossil fuels immediately. As the instigator of the report, and the host of the COP26 climate talks, the UK government has responded to its findings. That response shows, yet again, that the country is not ‘leading the world’ on the climate crisis.

Numerous media outlets picked up on the IEA’s call for an end to new fossil fuel investment. It’s of course blindingly obvious that new fossil fuel projects shouldn’t go ahead, given that fossil fuels are the main cause of the climate crisis. Indeed, some experts argue that much of the fossil fuel extraction already planned or underway needs to halt if we are to limit global warming. But the IEA typically produces analysis that is fossil fuel industry-friendly. As Climate Home News pointed out in 2020, it “continues to appeal to its oil-producing funders, ducking hard questions about the endgame for dirty energy”. Until now.

In its net zero roadmap, the IEA states that there can be no “new oil and gas fields approved for development” and “no new coal mines or mine extensions” from 2021 onwards. As World Oil pointed out, this is not what the fossil fuel industry is planning. It said that Europe’s “top three oil companies” – BP, Shell, and Total – all “intend to keep on seeking out and developing new oil and gas fields for many years to come”. They aren’t alone either. Canadian oil company ReconAfrica is currently searching for oil in a highly biodiverse wilderness area in Namibia with further exploration in Botswana moving foward too. Ultimately, the company plans “to develop an area roughly the size of Belgium into an oil field”, according to activists against the exploration. And on and on the fossil fuel developments go.

The UK government has responded to the roadmap. President-designate of the upcoming climate event Alok Sharma said:

We must act now to scale up clean technologies in all sectors and phase out both coal power and polluting vehicles in the coming decade. Our first goal for the UK as Cop26 presidency is to put the world on a path to driving down emissions, until they reach net zero by the middle of this century.

In his comments, Sharma failed to acknowledge the report’s most headline-grabbing demand about ending fossil fuel development entirely. This omission is disappointing but not surprising. In March, the UK government announced it had struck a “landmark deal”, which will allow oil and gas companies to keep digging in the North Sea for more sources of dirty fossil fuels.

The IEA report has faced some criticism. Economic anthropologist Jason Hickel, for example, said there were “serious problems” with its assumptions on “economic growth-as-usual in rich countries”, efficiency improvements, and bio-energy with carbon capture storage (BECCS). He argued that ‘dialing down’ these assumptions shows that “the net-zero pathway will require a bigger reduction of energy and resource use in rich countries”.

The new IEA report on net-zero is a big step in the right direction, and its call to cease all new fossil fuel projects has grabbed headlines, which is welcome. But the report also has some serious problems that are worth discussing:

Others have also taken issue with the IEA’s reliance on bio-energy in its pathway to net zero. Bio-energy comes from the burning of organic materials, such as trees and plants. Hannah Mowat from the Brussels-based NGO Fern said the IEA is “proposing wholly unrealistic levels of bioenergy, which will damage forests the world over and worsen climate change”.

The report’s call for an end to fossil fuel development is commendable and much needed. And, as Oil Change International’s Kelly Trout asserted, “Wealthy producers that are relatively less dependent on oil revenues should be moving first and fastest” to assist countries that are currently highly dependent on income from fossil fuels. Trout said:

It’s imperative that countries like the UK, Norway, the US, Canada and Australia take this as a wake up call to think about their role in a global equitable phase out of fossil fuel production.

However, Sharma’s initial reaction to the IEA report doesn’t inspire confidence that the UK is paying attention to that ‘wake up call’ at all.