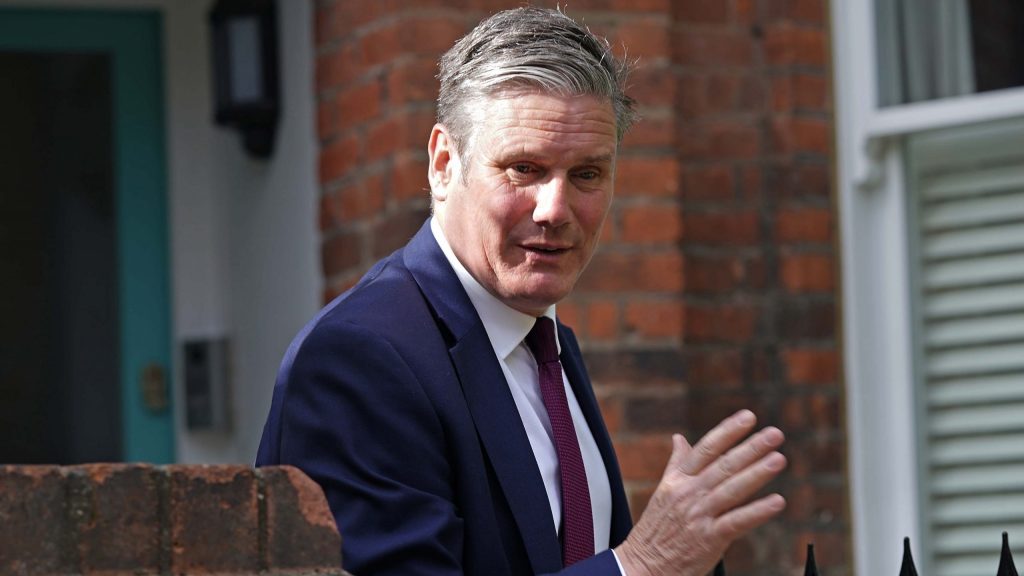 Abbott wrote in a Guardian article that Starmer’s time at the top of the party could be over if he fails to hold on to the West Yorkshire seat this summer. Pressure is mounting on the opposition leader, who has been in charge since April 2020, following Labour’s loss in the Hartlepool by-election, with Boris Johnson’s Conservatives taking another brick out of the so-called “red wall”.

This West Yorkshire constituency has different demographics from Hartlepool. Support from the large minority ethnic electorate may enable the party to hold the seat and Starmer to hang on as Labour leader.

But if Labour loses again, it must surely be curtains for him.

She talked up the chances of Greater Manchester mayor Andy Burnham succeeding Starmer, saying another Labour defeat could mean his “time will have come”.

The former health secretary has refused to deny suggestions he could try to make it third time lucky should there be another leadership contest, having lost out in 2010 and 2015.

It comes as the Conservative Party announced its candidate for the Batley and Spen by-election will be Leeds councillor Ryan Stephenson, chairman of the West Yorkshire Tories.

Congratulations to @Stephenson_Ryan on being selected as @Conservatives candidate for Batley and Spen.

Ryan will be a strong voice and campaign for jobs and investment for Batley and Spen as we build back better https://t.co/YaVkUyrbJL

The seat – held by Labour since Tony Blair won power in 1997 – is up for grabs after former MP Tracey Brabin quit Westminster following her election as the first mayor of West Yorkshire.

Applications are open for the Labour candidacy, with the party’s National Executive Committee (NEC) to draw up a shortlist on 22 May and members choosing the final pick on 23 May, sources have confirmed to the PA news agency. The process has been criticised because it will potentially allow a non-Labour member to become Labour’s candidate:

People should not be afraid to say that a person who isn’t a labour member with zero track record in the labour movement, whose politics haven’t been scrutinised at all, is likely not the best candidate to be an MP. https://t.co/slenwerEUs

We will have a Labour MP who is not a member of the Party; a Party member who cannot sit as a Labour MP; led by a senior lawyer with no respect for the rule of law, who creates arbitrary rules as required. https://t.co/wDq3ek20hZ

Bloody hell they're pulling the exact same trick that worked such a treat in Hartlepool https://t.co/4erF9rDMGQ

I've seen good candidates turned away due to length of membership, I absolutely hate that the party waives the rule when it suits them.

Unless you've been in a politically restricted role, it shouldn't be waived. https://t.co/r09uOmWgB1

It hasn’t yet been announced when the by-election will be held, but speculation is that late July is being considered.

Speaking during a visit to a bus factory in North Yorkshire with London mayor Sadiq Khan, Brabin said she would “move heaven and earth” to make sure Labour won the race.

Kim Leadbeater, sister of murdered former Batley and Spen MP Jo Cox, has announced she will be putting her name forward. Brabin said:

I’m determined that we’re going to keep Batley and Spen Labour. Kim is an exceptional woman but there’s other candidates, as is my understanding, so it will be down to the constituency Labour Party to make that choice.

But, to be honest, whoever is the candidate, I’ll move heaven and earth to make sure we keep Batley and Spen Labour and I think we’ll do it.

Leadbeater, who established the Jo Cox Foundation in honour of her sister, said she would take her “more in common” message into the campaign if selected by Labour. She told the Spenborough Guardian:

Anyone who knows me or has met me knows that I’m very much my own person. I’m not Jo. I’ve got my own views, my own priorities, my own ideas and dreams for the future of this area.

Others rumoured to be interested in standing include Paula Sherriff, the former Labour MP for Dewsbury.

It’s understood the selection could have been carried out sooner, but the chaos surrounding the sacking of Angela Rayner as party chairman is thought to have delayed the process.