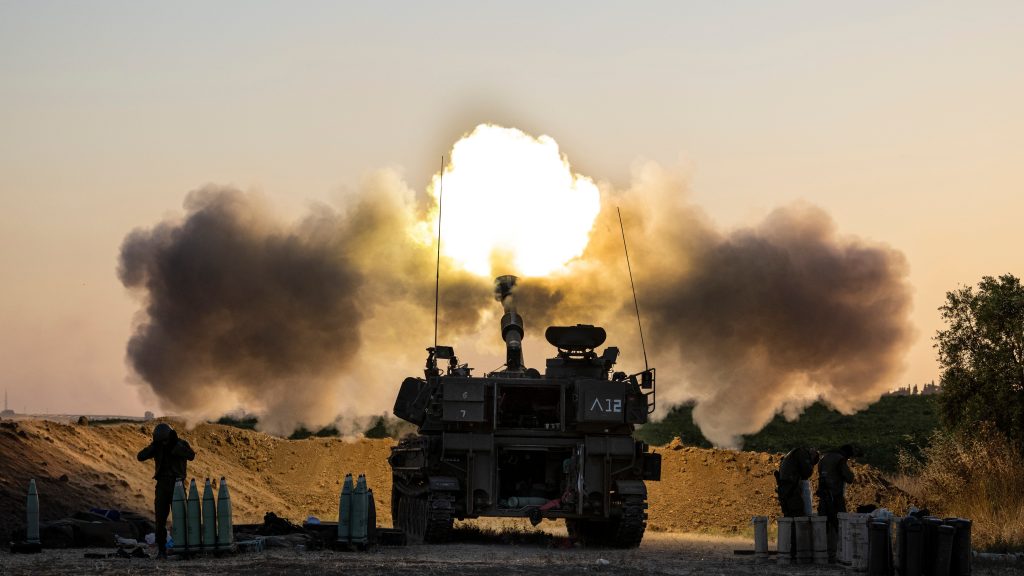 Israel has unleashed more air strikes across the Gaza Strip, killing at least one Palestinian and wounding several others. The latest strikes came after Israeli prime minister Benjamin Netanyahu pushed back against US pressure to wind down this attack on Gaza.

Explosions shook Gaza City and air strikes were also reported in the central town of Deir al-Balah and the southern town of Khan Younis. Residents woke to see the rubble from at least five family homes destroyed in Khan Younis. There were also heavy air strikes on al-Saftawi Street, a commercial thoroughfare in Gaza City.

An Israeli air strike smashed into the Khawaldi family’s two-storey house in Khan Younis, destroying it. The 11 residents, who were sleeping in a separate area out of fear, were all wounded and taken to hospital, said neighbour Shaker al-Khozondar.

Shrapnel hit his family home next door, killing his aunt and wounding her daughter and two cousins, he said. Weam Fares, a spokesman for a nearby hospital, confirmed her death and said at least 10 people were wounded in strikes overnight.

The Israeli military said it struck at least four homes of Hamas commanders, as well as a weapons storage unit at the home of a Hamas fighter in Gaza City.

Netanyahu has pushed back against calls from the Biden administration to stop this bombing that has left hundreds dead. His pushback poses a difficult early test of the US-Israel relationship.

After visiting military headquarters, Netanyahu said on Wednesday that he appreciated “the support of the American president”, but that Israel would push ahead to return “calm and security” to its citizens.

He said he was “determined to continue this operation until its aim is met”.

a significant de-escalation today on the path to a ceasefire,

Biden had previously avoided pressing Israel more directly and publicly for a ceasefire with Hamas. But pressure has been building for Biden to intervene more forcefully as other diplomatic efforts gather strength. Egyptian negotiators have also been working to halt the fighting, and an Egyptian diplomat said top officials were waiting for Israel’s response to a ceasefire offer.

Moussa Abu Marzouk, a top Hamas official, told the Lebanese Mayadeen TV he expected a ceasefire in a day or two.

Israel has launched a number of deadly airstrikes on Gaza since 10 May. As a result, at least 227 Palestinians have been killed, including 64 children and 38 women, with 1,620 people wounded according to the Gaza Health Ministry.

Twelve people in Israel, including a five-year-old boy, a 16-year-old girl and a soldier, have been killed.