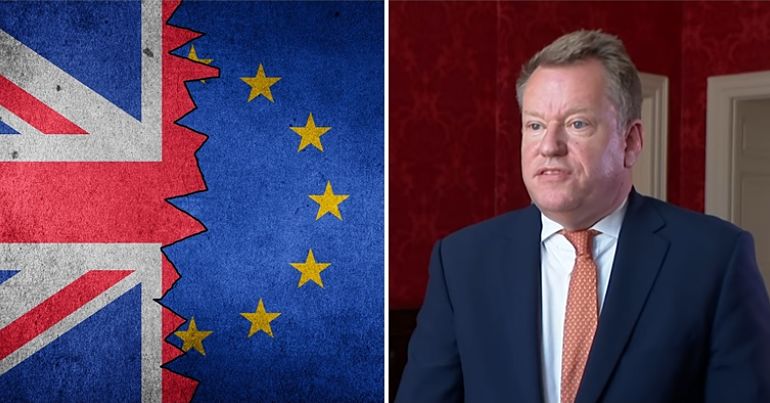 The UK’s Brexit minister lord David Frost is expected to warn the EU that the European Court of Justice’s role in the post-Brexit Northern Ireland Protocol (NIP) is a “red line”. He’s also demanding “significant” changes to the NIP that he himself negotiated.

This appears to have caused a certain amount of frustration south of the border in Ireland, because the Irish foreign minister Simon Coveney reacted by tweeting:

EU working seriously to resolve practical issues with implementation of Protocol – so UKG creates a new “red line” barrier to progress, that they know EU can’t move on…. are we surprised?
Real Q: Does UKG actually want an agreed way forward or a further breakdown in relations? https://t.co/4MhgEdlxAf

What could happen next?

Frost is to deliver his warning to the EU at a meeting on Tuesday 12 October in Portugal. But there are a lot of ‘ifs’, ‘ands’, ‘buts’, and ‘maybes’ between now and thereafter. In the event the EU doesn’t agree to Frost’s demand for “significant” changes, the UK might trigger Article 16. That would mean the UK would unilaterally suspend parts of the NIP.

Should that happen, a series of negotiations and consultations would follow to find an agreement between the EU and the UK. All of which could result in a trade war should the EU not agree with the UK’s unilateral action. This could see the EU imposes tariffs (a kind of tax) on UK imports into the EU. Tariffs could make UK goods more expensive, which could in turn make those goods less desirable for EU consumers. And this could lead to job losses in the UK. So again, a lot of ‘ifs’, ‘ands’, ‘buts’, and ‘maybes’ at this stage.

But, given the effects of the global pandemic, climate emergency, and the current food and fuel shortages in the UK, it beggars belief why anybody would want to trigger even more chaos. The Tories got this clear explanation from an eastern European truck driver that Brexit is responsible for these food and fuel shortages:

Next time the government blames someone else for the shortages, think of Tomasz
(location: central Manchester)pic.twitter.com/9bIOqA67fR

While this person reminded Frost it was he who negotiated the NIP:

The idiot Frost must know that you cannot draw red lines AFTER you signed an agreement. Is he dishonest or stupid? https://t.co/gLQOjJaK6E

And then there was frustration from British people also, as tweeted by this former journalist:

While this contributor saw an agenda at play:

So @BorisJohnson and @DavidGHFrost are unleashing a new salvo in their Sausage War to divert attention from #BrexitIsntWorking pic.twitter.com/0VORjdqBiG

Brexiteers ballsed this up. We can no longer tolerate their bullshit.

But the tragedy here, as with so many decisions made by privileged members of the House of Commons and House of Lords, is that very few of them have to live with the negative consequences of the chaos they’ve unleashed. The weight of those consequences will fall, as it currently does, on less well-off people.

That is unless people take part in the Brexit fallout debate, make their voices heard, and tell the Westminster class they won’t stand for anymore feckless incompetence. This is a privileged Brexiteer mess. Let them finally take responsibility for it.