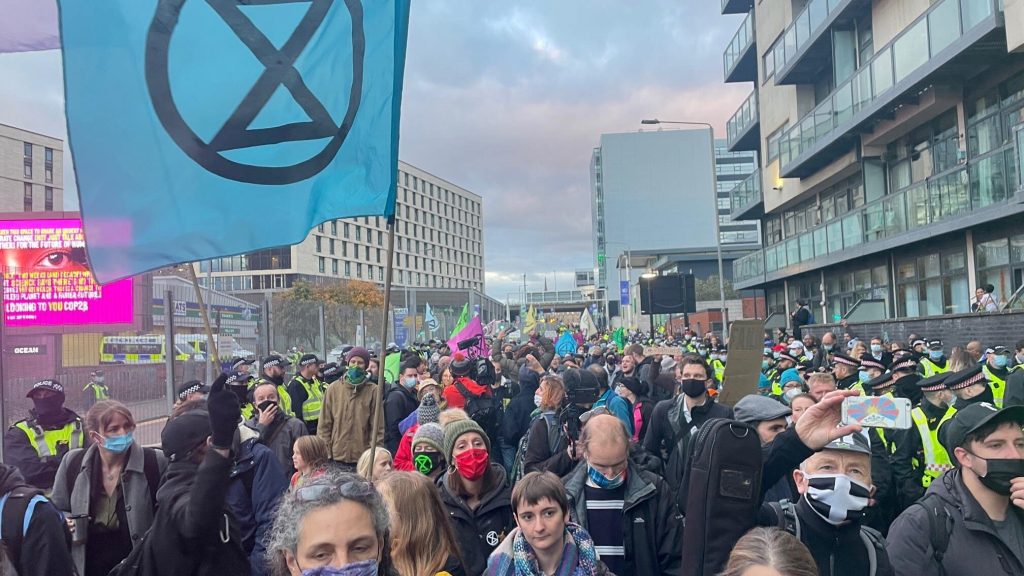 Youth climate protesters have defied the education secreatry’s plea to demonstrate at the weekend rather than in school time.

His plea came as youth activists are taking to the streets of Glasgow to demand action on climate change from leaders as the COP26 talks continue.

Campaigner Greta Thunberg, fellow activist Vanessa Nakate are among the young campaigners will speak to crowds at the end of the march through the city.

Asked on Times Radio whether he had been invited to join the marches, Zahawi said:

No… I have to say, I wish they were doing it on a Saturday and a Sunday, not in school time.

Young people, however, are defying Zahawi:

The @FFF_Scotland climate strike march leaving from Kelvingrove is already huge people are still pouring in from all directions due to surrounding roads being closed to cars. To interview a Tanzanian, Kenyan or Jordanian youth climate activist visiting #COP26 please DM me. pic.twitter.com/eYRHmNvFEa

Charlie O’Rourke, 14, from Glasgow, skipped school to attend the march.

He said global leaders at COP26 must “listen to the people”.

Finlay Pringle, 14, from Ullapool in the Scottish Highlands, travelled by train to Glasgow with his father to take part in the march.

People of all ages have joined the youth-focused protest.

Among them are a group of mothers from around the world, including Rosamund Adoo Kissi Debrah, whose daughter Ella died from an asthma attack as a result of severe air pollution.

The group will also be handing in a letter at COP26 calling for an end to new fossil fuel financing for the sake of their children’s health and future.

Friday’s protest comes ahead of marches on Saturday where tens of thousands of people are again expected in Glasgow, with other marches in London and cities around the UK, as well as across the world.