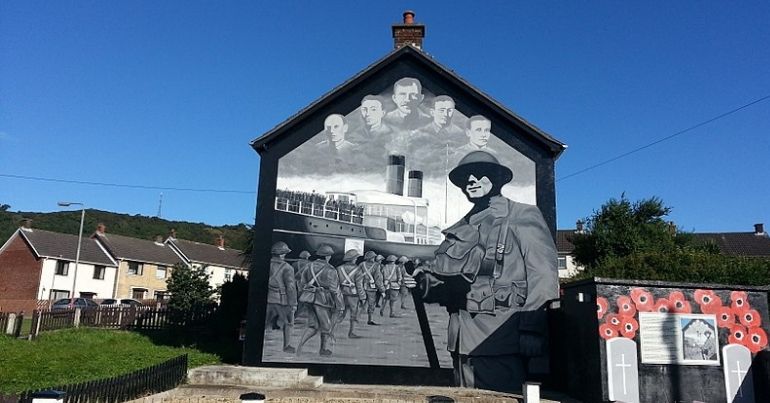 Serving soldiers will carry the coffin of a former soldier who died while on trial for the killing of a disabled man. Dennis Hutchings was on trial in Belfast for the 1974 murder of John Pat Cunningham, but he contracted coronavirus (Covid-19) and died in hospital. He denied the charges.

Hutchings’ supporters argued for full military honours, but the MOD refused this. In a U-turn, the department has reportedly announced his coffin will now be carried by personnel from his old unit. Hutchings served in the Household Cavalry for 26 years.

Hutchings became a cause célèbre among some sections of the veterans community and attracted the support of former veterans minister Johnny Mercer. Mercer told the Telegraph:

I am pleased for the family that the MoD will honour Dennis Hutchings in death as they failed to in life. He was a good man who served his country proudly in Northern Ireland.

Military funerals are usually reserved for famous veterans and citizens, including people like captain Tom Moore and paedophile celebrity Jimmy Savile. The MOD initially seems to have resisted using serving soldiers to carry Hutchings’ coffin. But now the MOD has told the Telegraph that a bearer party and trumpeter will be provided from his former regiment. They said Hutchings had served “for many years with great dignity, diligence and courage”.

The Pat Finucane Centre, a human rights organisation which supported the Cunningham Family, responded bluntly to the news. It said the decision showed “utter contempt”, and that it reeked of anti-Irish racism:

There can no doubt that @BrandonLewis was consulted about this appalling decision by @BWallaceMP in advance. It is obvious that both regard John Pat Cunningham as just another dead paddy whose family can be treated with utter contempt. This just stinks of racism. @dfatirl https://t.co/73LHElDdKG

Hutchings’ funeral will be on Remembrance Day. It comes at a time when tensions in Ireland are already high following Brexit. It ignores the pain this move is likely to inflict upon Cunningham’s family. And it seems likely that many Republicans will see it as a brazen endorsement of Hutchings by the British state despite the alleged crimes he was on trial for.