If you thought Cambridge Analytica was scary, well this lot's f*cking terrifying - Canary 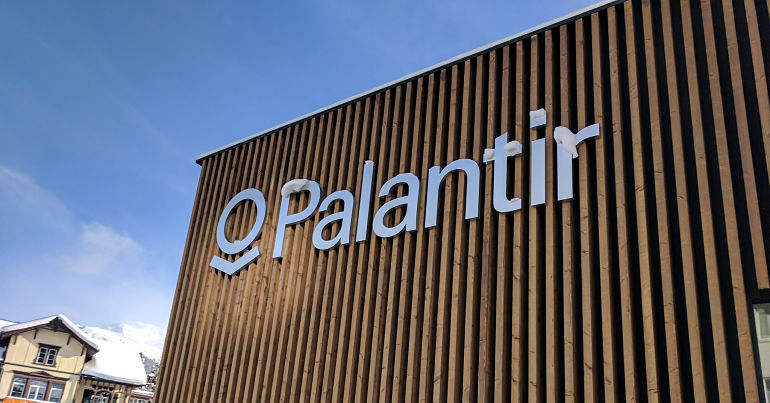 There’s a data analysis company that is far bigger and possibly far scarier than Cambridge Analytica (CA). You’ve probably never heard of it. Yet this US company is already implicated in UK intelligence gathering and European-wide projects.

Palantir was co-founded by billionaire Peter Thiel. Thiel is a board member and major investor of Facebook and was a member of President Donald Trump’s transition team.

Recently, Facebook’s founder and CEO Mark Zuckerberg was questioned in a US Senate hearing about Palantir, though he gave little away:

So why the interest in Palantir?

Palantir first came to public attention thanks to investigations by US journalist Barrett Brown just prior to his arrest and imprisonment. Brown discovered that Palantir, HBGary Federal (later rebranded as CounterTack), and Berico were part of a dirty tricks campaign [pdf, p14] to discredit WikiLeaks founder Julian Assange and Intercept editor Glenn Greenwald.

Palantir has several divisions, including Defense, Cyber and Intelligence. The latter offers to integrate:

In 2016, Palantir was awarded a $34.6m contract with US Immigration and Customs Enforcement (ICE) and helped the Customs and Border Patrol Agency create the Analytical Framework for Intelligence (AFI) system to track immigrants. Palantir also works with Health and Human Services, the FBI and Homeland Security to track people as part of the ‘War on Terror’.

One of Palantir’s products is ‘Gotham’, a system to identify corporate or government leakers, as this leaked video shows:

Sophie Schmidt, the daughter of Google executive chairman Eric Schmidt, used to work as an intern at SCL Group, the parent company of CA. Schmidt reportedly advised former SCL head Alexander Nix to check out the work of Palantir.

A Palantir spokesperson denies this:

But it’s reported that, in 2013, UK-based Palantir employee Alfredas Chmieliauskas worked with CA, with access to the now infamous 50 million+ Facebook users’ data (that figure has since risen to around 87 million).

With the apparent demise of CA and SCL Elections, there is speculation about which other SCL affilates will fall on their sword, and whether the more recently formed company Emerdata will gather up the spoils:

Meanwhile, revelations continue to emerge, with SCL admitting [pdf, p3] in a 2010 email that, not long after the company was founded, it helped to break up strikes in the UK car industry:

In 1990 the first field trials for this methodology were undertaken by Strategic Communication Laboratories Ltd., a project management and implementation company, who successfully broke up a strike at a UK car transport plant.

Also, emails show [pdf, p7] that SCL’s managing director Mark Turnbull and data scientist David Wilkinson were asked to present at a Foreign and Commonwealth Office (FCO) conference in February 2017. The FCO told [pdf, p8] SCL it wanted to explore “our early Data Strategy for Foreign Policy and seek your views in shaping this”. The Canary has previously published the conference programme [pdf] and report [pdf].

Palantir and the UK

Undoubtedly, there will be more revelations in weeks to come; and not just with CA/SCL, given that Palantir is now covering [paywall] Europe too.

In fact, Palantir has already worked for UK intelligence and was awarded contracts to handle vast data sets on UK citizens for British spy agency GCHQ. The company also helped develop an aid for the spyware XKEYSCORE programme. This was on behalf of the US National Security Agency (NSA) and its ‘Five Eyes‘ partners (in the UK, Canada, Australia, and New Zealand), and was subsequently exposed [pdf] by whistleblower Edward Snowden. And a 2010 presentation on the joint NSA-GCHQ ‘Mastering the Internet‘ surveillance programme recommended running Palantir software on Android handsets (smartphones and tablets). Palantir was also used as part of a GCHQ project which sought to improve the agency’s ability to collect tweets, blog posts and news articles.

It remains to be seen if Palantir lives up to its all-seeing/all-knowing name (taken from The Lord of the Rings). But its record to date most definitely suggests we need to keep our eyes wide open.