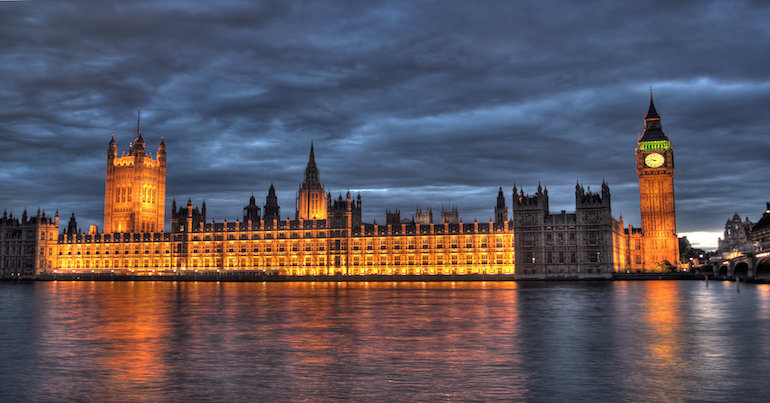 After his overwhelming electoral victory on 1 July, Andrés Manuel López Obrador will become Mexico’s new president in December. And instead of bringing austerity to citizens, he’s promising to bring austerity to political elites – something that is long overdue in Britain, too.

Austerity for an out-of-touch political class

López Obrador (aka ‘AMLO’) is creating a new ceiling for public salaries. He says he’ll earn 108,000 Mexican pesos a month (currently around £4,370). That’s only half the salary of outgoing President Enrique Peña Nieto – who reportedly earns 270,000 pesos per month (currently around £10,920). AMLO also insists that no other public worker will have a wage higher than his.

The centre-left politician has long insisted that “we cannot have a rich government and a poor people”. In 2015, the average Mexican worker earned just $14,867 a year (currently around £11,430).

In Britain, prime minister Theresa May currently earns around £150,000 every year. The Independent reported in 2017, meanwhile, that the “median average pre-tax income is around £22,400”, and that anyone earning above £70,000 sits “in the top five per cent of all UK earners”.

AMLO’s reforms in Mexico may seem like common sense to most people, or even a gesture of solidarity with ordinary citizens who have long suffered from “staggeringly high” levels of income inequality, corruption, unpopular neoliberal economic policies, and devastating violence that (thanks to a state-led military escalation that began over a decade ago) has killed at least 200,000 people and left roughly 30,000 missing.

But some people have dismissively called AMLO’s proposals ‘populist’. The BBC, for example, said his pay cut was “a populist gesture”. And the Guardian called this and other proposals “populist pledges”.

The Cambridge Dictionary defines populism as:

But as Newsweek says:

populism is depicted as something inherently negative… In the media, the negative connotations of populism are dominant…

And as the BBC points out:

AMLO, however, has simply proposed realistic and achievable cuts to the overblown benefits of an out-of-touch political elite. It’s hardly ‘promising too much’. But then again, when was the last time establishment media types truly understood or represented the interests of ordinary people?

If you want to get rich, don’t go into politics

AMLO’s proposals are hardly new or unthinkable. Numerous world leaders have previously done exactly the same things. One of those was former Uruguayan President José Mujica. He drove around in an old car, lived in a “ramshackle” farmhouse, and donated 90% of his salary to charity. He soon received the label of “poorest president in the world” as a result. And he described his gestures perfectly. Far from being ‘populist’, he explained [Spanish]:

People who like money should be thrown out of politics.

Mujica is right. If living the life of luxury is a person’s main desire, they shouldn’t become politicians. People should go into politics above all else because they want to serve and represent the interests of ordinary citizens in their community. And to ensure that we get politicians whose main aim isn’t to get rich with taxpayers’ money, we should follow Mexico’s lead. We should end austerity for ordinary citizens, and place it instead at the doors of the political establishment.