An awful Tory has attacked May's premiership, and people don't know how to feel - Canary 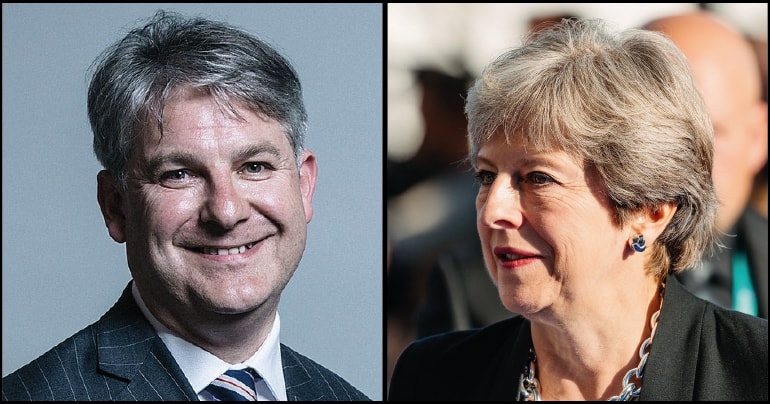 A notorious Tory has become the third MP to publicly admit submitting a letter of no confidence in Theresa May. And while many people would love to see May toppled, the actions of this MP have given some people pause for thought. Although admittedly, it hasn’t been that much of a pause.

Nope. As a disabled working class woman, I know this government views me as nothing but scrounging burden on society.

But nothing on God’s green earth would make me like Philip Davies, even a little bit.

Philip Davies has an inglorious record as a politician. He’s particularly well known for ‘filibustering’ proposed bills. This involves talking for so long the allotted time runs out, and a bill cannot be discussed in parliament. This can actually put an end to a bill and stop it becoming law.

Davies has done this many times. He has filibustered and blocked:

The practices he uses are clearly undemocratic, and have no place in a modern democracy. If May ever attempted to stop him from bringing disgrace upon parliament and the Conservative Party, there’s little evidence of that in his behaviour. As recently as June 2018, Davies blocked the prevention of ‘excessive force’ being used against mental health patients.

This unruly MP is now trying to stop the PM’s career.

The enemy of my enemy?

Some people were confused about how to feel:

Receiving a letter of no confidence from a human turdnugget like Philip Davies somehow manages to raise my opinion of Theresa May.

Philip Davies handing in a letter to bring about a vote of no confidence in May is peak Tory. They’ve got 8 months to sort brexit out and we’re on the brink of a second GE in 18 months. Party before country with that shower of feckless twats

Others were of the opinion that even a stopped clock is right twice a day. Although Davies is more like an ancient calendar that’s right once a millennia:

And forthwith and forever more may the calendars mark July 19th as the day Philip Davies did something good. https://t.co/cZUWyE7oPc

Yeah but Philip Davies only hates May because she's a woman so it doesn't count.

Others made remarkably similar comparisons:

And others took the opportunity to simply have a deserved pop at the man:

I'm surprised Philip Davies remembered to sign it, he was probably talking for a week beforehand. A complete [email protected] of a parliamentarian

Where can I submit a Letter of No Confidence in Philip Davies being a human being?

Davies is actually one of four Tories to publicly admit sending a no confidence letter. The count currently stands at three, though, as Simon Clarke withdrew his on 18 July.

It’s unknown how many MPs have submitted letters overall, but some reports claim around 40. There need to be 48 in total. But even if it doesn’t reach that number, it’s clear that the Tories are not fully confident in their leader. Although some say this isn’t the worst news for her:

Theresa May not having the support of Philip Davies is probably the best news she's had all week.