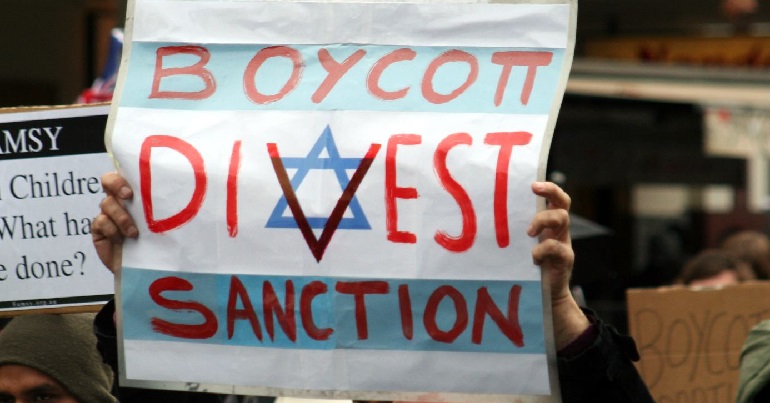 Critics have accused the Israeli government of ‘legalising apartheid’ after the passage of a controversial new law on 19 July.

The legislation strips away the “official language” status of Arabic, names occupied Jerusalem as the undivided capital of Israel, and says “Israel is the historic homeland of the Jewish people and they have an exclusive right to national self-determination in it”. The word “exclusive” there is key, especially in a country where 1.8 million people (roughly 20% of the population) are Palestinian.

Arabic was an official language of the State of Israel for 70 years, 2 months, and five days.

Israel passed a bill defining the country as the homeland for Jews, and Jews only. Palestinians say the bill "legalizes apartheid" and is a "dangerous and racist law" violating Palestinian human rights https://t.co/FH5hYfiVgS pic.twitter.com/p2eTTLHP4s

One Palestinian member of the Knesset (Israel’s parliament), meanwhile, called the legislation “a law of Jewish supremacy” that ensured Palestinians would “always be second-class citizens”. And human rights group Adalah (the Legal Center for Arab Minority Rights in Israel) said Israel’s government had “made discrimination a constitutional value” and committed to “favouring Jewish supremacy as the bedrock of institutions”. Adalah’s general director insisted:

The Jewish nation-state law features key elements of apartheid, which is not only immoral but also absolutely prohibited under international law.

Adalah: #Israel's new Nation-State Law “features key elements of apartheid. It is not only immoral but also prohibited under international law. It constitutionally enshrines the identity of Israel as the nation-state of the Jewish people only." FULL QUOTE: https://t.co/fRql11ldCM pic.twitter.com/ajis14QbVL

The American Jewish Committee, which proclaims itself the “leading global Jewish advocacy organization”, also expressed disappointment with the law. It said the legislation “put at risk the commitment of Israel’s founders to build a country that is both Jewish and democratic”.

‘True freedom means respecting and enhancing the freedom of others’

In response to the law, award-winning journalist Max Blumenthal questioned how a ‘freedom and democracy watchdog‘ like Freedom House could still consider Israel to be ‘free’:

This consideration is poignant given that the law’s passage came just a day after the 100th birthday of anti-apartheid legend Nelson Mandela. And one quote from Mandela on freedom is particularly striking:

He continues to inspire. pic.twitter.com/xkpgppRsx9

Mandela famously stood firmly alongside Palestine in its fight for justice, saying in 1997:

Apartheid is wrong – wherever it exists

As people’s reactions to the ‘nation state law’ suggest, many today believe Palestinians are living through a similar form of apartheid to that which Mandela lived through in South Africa. And there are numerous reasons why critics have called Israel an apartheid state.

Some people criticise Israel prioritising the rights of Jewish settlers over those of Palestinian landowners in the occupied West Bank. Others point to a 2017 UN report which insisted that Israel had “established an apartheid regime”. And some Israelis have also argued that apartheid exists, with University of California professor Mark LeVine pointing out that “Israelis from Holocaust survivors to prime ministers have long warned that the country was or risked becoming an apartheid state”. Renowned Jewish academic Noam Chomsky, meanwhile, argued in 2014 that Israel’s actions in Palestine are “much worse than apartheid” in South Africa.

The UN’s Apartheid Convention calls apartheid a crime against humanity.

Only this year, Israel has faced allegations of war crimes in both the occupied West Bank and Gaza. And new data from a freedom of information request shows that the Israeli government has long been earmarking the vast majority of land in the occupied West Bank for Israeli settlements, in violation of international law:

Israel awards 99.7% of "public land" in the occupied West Bank to Israeli settlements, which are illegal under international law.

But for many people, the passage of Israel’s new ‘nation-state law’ should be the final straw:

In passing the #Jewish State bill the Israel has legislated annexation of #Palestinian land & establishment of an #apartheid system. Will this be the tipping point that finally moves liberal apologists to end their blind support & demand justice & human rights for Palestinians? https://t.co/ARmVapGLut

From Spain to Ireland, citizens and their governments are increasingly taking a clear stand; against apartheid, occupation, and the violation of Palestinian rights. And with the passage of a law accused of legalising apartheid, there’s all the more reason to join them.

– Also see previous Canary articles on Israel. And join us, so we can keep holding the powerful to account.