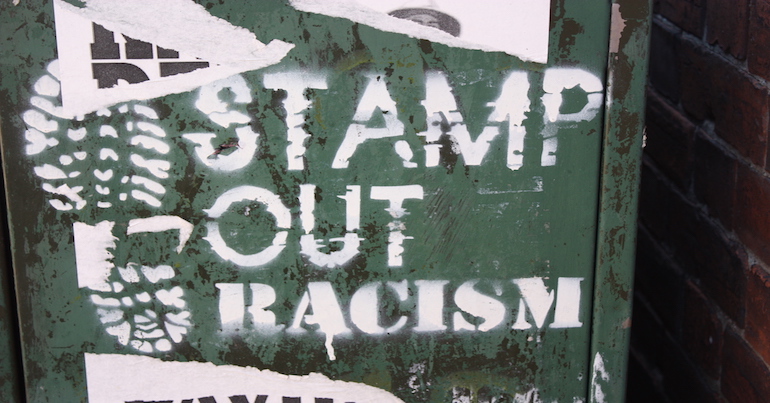 A hotel in an Irish village, that’s due to house asylum seekers, has suffered an apparent arson attack for a second time. The Shannon Key West Hotel, in Rooskey, Co. Roscommon, had been marked for use as a direct provision centre. In Ireland, asylum seekers receive accommodation until the outcome of their applications is decided. Direct provision is the name of this arrangement.

This system is controversial. Many asylum seekers wait for years to get an initial hearing about their application. The government had also blocked them from working until recently. While living in direct provision, asylum seekers receive a weekly allowance of just €21.60 per week.

In a statement seen by The Canary, the police said a fire “was discovered shortly [after] 9.15p.m. by onsite security personnel”. The building was attacked before, just five weeks ago. This first fire at the Rooskey hotel happened on 10 January, causing smoke damage inside and outside. It is also the third attack on a proposed direct provision centre since November 2018.

Rooskey: clearly being treated as suspicious incident as sealed off as crime scene. Large Garda presence, led by Supt English, and fire brigade in attendance. Area above hotel also sealed off. Video below. pic.twitter.com/4SHdAVSnaT

Not a random attack?

The police statement also said that it’s possible that it was planned in advance:

One line of enquiry is that those responsible may have been in the vicinity of the Shannon Key west hotel in the days prior to the fire to monitor the movements of persons to and from the hotel.

Another line of enquiry is that some degree of planning may have been necessary to carry out the crime rather than just a spontaneous or an opportunistic attack on the property.

The police went on to say they were “keeping an open mind a[s] to where those responsible may be from”.

A pattern of arson

A similar assault on a hotel in Moville, Co. Donegal, happened in late November 2018.

In response to the incident in Moville, the minister for justice and equality, and the minister of state for equality and integration released a joint statement. They said they “condemned the arson attack” which was “despicable”.

David Stanton, the minister of state, went further and stated:

That people would attack such a building in this way is deeply shameful.

In response to the latest attack Marc MacSharry, a local government minister, said:

There’s no excuse for the criminality.

Attackers are “full of hate”

The Movement of Asylum Seekers in Ireland (MASI) spoke to The Canary. MASI said it doesn’t “have intelligent information about what is happening” in Rooskey. Although, whoever is responsible for the attack is “full of hate.” MASI also said:

We cannot rule out the possibility of the occupied centres being targeted. In fact there is a real fear amongst the people in the centres. Until the Garda [police] gets to the bottom of what has been happening, anything is possible at this stage.

MASI said it is possible that more attacks are going to happen because the attackers “are getting away with it.”

As previously reported in The Canary, Ireland has recently seen an increase in the prominence of far-right activists. A formerly defunct far-right party is planning to run candidates in the coming local elections in May. And in the presidential elections last year, a man described as a racist came second in the polls.

The country also has one of the lowest levels for taking in asylum seekers in Europe. According to a report published by the European Commission, between 2016 and 2017, Ireland took in 5,200 asylum seekers. By comparison, in the same time period, Germany took in over 920,000 people. But this does not seem to be enough to stop the far right.

In response to the latest fire, a local anti-racist group has organised a rally. On the event page, it says its intention is “to address the most recent racist arson attack on the proposed Direct Provision Center in Rooskey.”

Vigilante racist attacks like this need to be faced down. They have no place in our society and communities.

There are also related problems in wider society, including in the mainstream media. For example, on 15 February, the Irish Times published a headline claiming asylum applications had reached a new high. There were 3,673 applications for asylum, an increase of 42% since 2017. This figure does not include asylum seekers transferred from Greece. Maybe this is a new high for Ireland. But it’s still very low compared to the rest of Europe.

Reporting like this only encourages fear of asylum seekers. And it also does nothing to discourage future attacks on asylum seekers and direct provision centres.