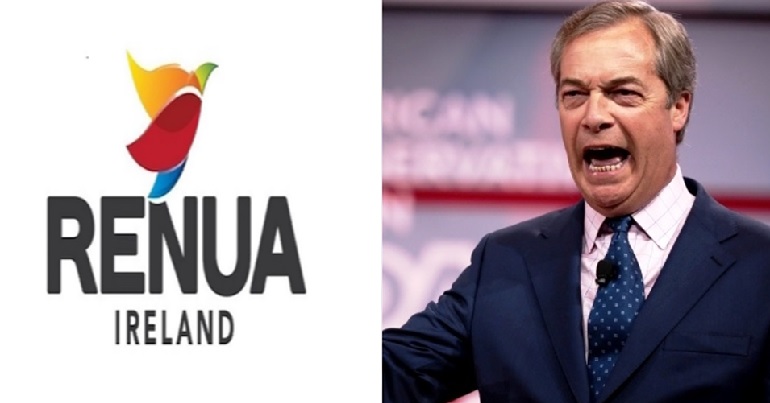 Over the weekend, the formerly defunct far-right party Renua seemed to re-emerge in Ireland. At its AGM on 2 February, it announced that 20 candidates would be contesting the local elections in May.

After losing its three seats in parliament in the 2016 general elections, the party seemed to have fallen apart. But considering its intention to run 20 candidates in May, it appears it has decided that now is the time to attempt a comeback.

@RENUAIreland AGM full of enthusiasm and excitement as 20 Candidates were Launch for Local Elections 2019 with additional Candidates been recruited in the coming weeks. https://t.co/ojOEuGR5NK

Renua was founded in 2015 after a number of ministers were expelled from Fine Gael for disobeying the party whip. Some of its main principles consisted of being ‘pro-life’, pro-business, and anti-immigration. At the time of its emergence, NGO Anti-Deportation Ireland (ADI) described Renua as “the Irish equivalent of UKIP”. This has not changed.

Renua Ireland believes in the nation state, we will defend Ireland’s Constitution and Sovereignty and will place Ireland’s interest first against all others.

For Renua, this means strict immigration controls and quotas. In the same section, it writes that it wants to limit the amount of asylum seekers allowed into Ireland. Only 1,000 per year would be given entry. Any asylum seekers who have their application rejected would either be detained or electronically monitored.

Renua also wants to reduce taxes on businesses and business owners. As well as this, it wants a reduction of public spending by the government. And it wants the reintroduction of the measures proposed in the McCarthy Report. Published in 2009, the report was drafted in response to the economic downturn, subsequent recession, and the bank guarantee. It recommended that public spending be substantially reduced. Large cuts to social welfare were also suggested. Many of these recommendations were implemented and Renua wants a return of such measures.

It also suggests rewarding public servants “who propose the best ideas for reducing costs and/or improving services to end users”. It wants a type of neoliberal market discipline that even the current right-wing government would be unlikely to pursue.

Given the above, you would think there’s no appetite for such policies in a supposedly liberal Ireland.

But with the recent emergence of a previously unseen far right in Ireland, Renua likely sees an opportunity.

The emergence of the far right

Over the previous six months, the far right has made its appearance known. A government that enriches landlords and leaves people unable to afford rents has made people angry. Add to this the failure of the mainstream left in Ireland with the betrayal by Labour of its core.

Because of this, anti-government anger is now turning into support for the far right. Talking heads for the latter have emerged which push racist conspiracy theories. For them, anyone to the left of UKIP is suspect. Far-right activists have visited Ireland and been greeted warmly by these same talking heads. Meanwhile, hotels that were earmarked as housing for asylum seekers have been set on fire; and one of the hotels was attacked during a visit of these same activists.

Peter Casey, a candidate in the presidential elections in October, whose platform consisted of pro-business and racist slogans, came second. This came as a surprise and shock to many.

An Irish version of the Yellow Vest movement, but co-opted by the far right, has also emerged. They say they want to give people “the power to hold the establishment to account”, but their leadership and prominent supporters are on the far right.

Renua has taken note. Given its disappearance over the last few years, its plan to run 20 candidates in the elections in May is telling. The level of support shown for the far-right version of the Yellow Vests and Peter Casey probably means that Renua believes its candidates will be successful.

With that in mind, its re-emergence must be watched closely. If the far right gains any kind of political foothold in Ireland, it would be disastrous. Renua is a part of this frontal assault. And its reappearance on the political scene should not be easily dismissed.

Given the anger towards the main political parties in Ireland, Renua could very likely succeed. With the surprise success of Peter Casey in October, a scenario where Renua is victorious is not unbelievable.