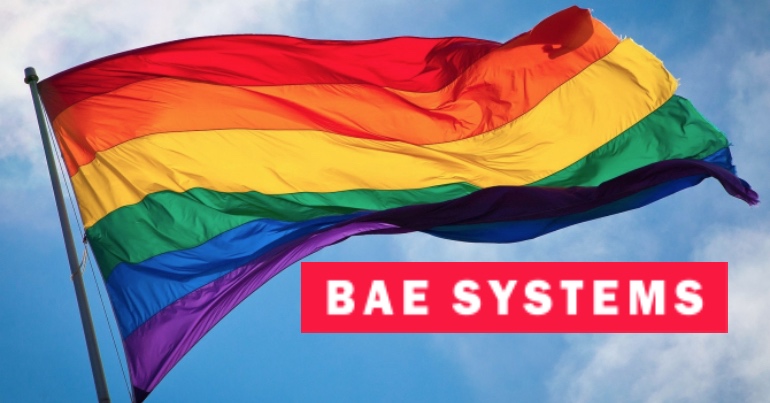 On 1 February, Surrey Pride announced that BAE Systems is going to be its lead sponsor. BAE Systems is the fourth largest arms company in the world and its warplanes are used in Saudi Arabia‘s attacks on Yemen.

Surrey Pride admitted the decision would be “controversial”. But it’s a lot more than controversial. It is utterly sickening.

Speaking to Pink News, Theresa Palmer from BAE Systems said that she was “extremely proud” about the sponsorship deal and that:

As a local employer we want to make clear to our community that they have a welcoming, supportive business on their doorstep.

But that support obviously doesn’t apply to LGBTQI+ rights in the places BAE Systems sells weapons. As one Twitter user pointed out:

How can you have BAE as your lead sponsor when
A) weapons
B) their Chair says stuff like this pic.twitter.com/eVCKqCODKq

I don’t think it’s our job to stand up as pressure groups against countries and their laws. We are there to influence but not to campaign.

BAE Systems also supplies arms to Turkey, where the government banned and attacked Pride in Istanbul.

Social media users tweeted their anger at this decision:

How have we strayed so far?

WEAPONS KILL QUEERS ALL OVER THE WORLD!

Arms manufacturers have NO place in our Pride!

I'm so sad that @PrideInSurrey have decided that BAE Systems are an appropriate sponsor for our first ever pride.
Pride is community, protest and celebration. Not corporations, Capitalism and war.
Happy #LGBTHM19 I guess.

Time for #Pride to #dropBAE…https://t.co/h4Lzh6BAYA

We're disgusted that arms company @BAESystemsplc is to be the lead sponsor or @PrideInSurrey. BAE arms some of the world's most homophobic regimes and assists the persecution of #LGBT people. Let's urge @PrideinSurrey to ditch them. There's #NoPrideinWar! https://t.co/dX4t1myY4S

We now have a decisive motive to organise as queers and rally against this toxic display of prioritising weapons over people.

Social media users also pointed out how public pressure forced BAE to drop its sponsorship of the Great Exhibition of the North.

Surrey Pride – are you sure?? The campaign against BAE Systems sponsorship of the ‘Great Exhibition of the North’ was a notable success. Now they have been announced as lead sponsor of Pride in Surrey!

Bristol Pride also faced criticism in 2018 accepting Airbus as one of its sponsors. Airbus is an arms company that supplies parts to military aircraft in Turkey and has a factory in Bristol. Campaigners called accepting the sponsorship “blood money”.

While Bristol Pride went ahead with the sponsorship, organisers told The Canary that they were “committed to finding a way forward”. And following a meeting with campaigners, they agreed to have more formal ethical guidelines for future events.

So it’s down to all of us to tell Surrey Pride that there is no pride in war; that accepting sponsorship from a company selling weapons to countries that kill and imprison LGBTQI+ people is utterly sickening.

BAE Systems deals in death and destruction. Its weapons are used to kill and repress people. And no amount of pinkwashing will ever remove the blood it has drenched on its hands.