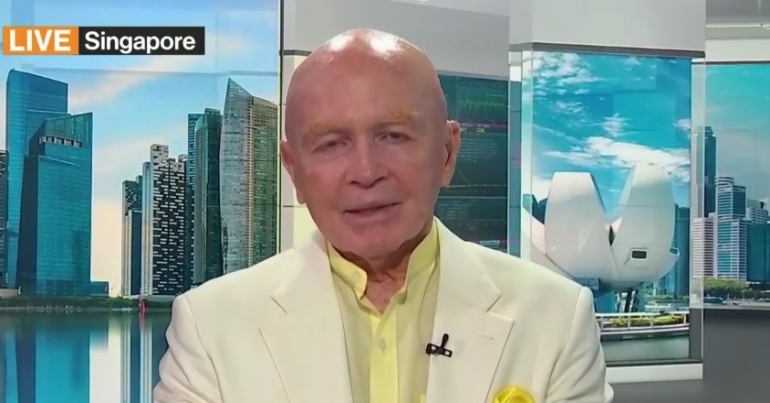 UPDATE: The headline was changed on 6 February at 11:57am to change “admits” to “says”

Bloomberg Markets: Asia provided a rare glimpse of truth into the Western-backed coup in Venezuela recently. The remarks were made by investor Mark Mobius, who “exited from his Venezuela investments” after Hugo Chávez became president in 1999.

Thank God we listened to what [Chávez] was saying. He said he was going to take over all these companies. We said ‘we’re out of there’…

Significantly, the millionaire investor then said:

Now we’re interested, I think, if there’s a change – a real change – in government, Venezuela would be very, very interesting

Mobius’s “interest” is unsurprising. Because the Western-backed right-wing opposition has a fierce privatisation agenda. The Canary previously quoted journalist Ben Norton describing how:

“in the immediate wake of the US anointing Juan Guaidó as Venezuela’s supposed ‘president'”, there are already “rapid moves to privatise Venezuela’s oil and open the door for multinational corporations”.

Jorge Martin, secretary of the Hands Off Venezuela campaign, warned that:

and that it would lead to:

wholesale privatisation of state property, return of the land to the former owners, mass layoffs in the public sector, the abolition of all social programmes of the revolution.

Martin also told The Canary that:

In order to establish such a regime, they would have to smash the organisations of the workers and peasants and destroy their active cadres. This must be opposed staunchly, not only by socialists, but by any consistent anti-imperialists and democrats.

And in case there was any doubt, the long-time investor concluded his thoughts by saying:

You must remember: this is all about oil. The US wants to get a hold of this oil; at the end of the day, because – as you know – Venezuela has been a big supply to the US, and Trump is interested in lower gas prices – lower prices at the pump – so… if we look at it from the viewpoint of oil then we can understand what’s happening with Venezuela.

The right-wing-controlled national assembly has previously attempted to privatise the country’s oil wealth. And Trump’s national security advisor has made clear that this is his objective as well:

On 4 February, The Canary reported on an establishment “expert” admitting that US sanctions on Venezuela are designed to “make the economy scream”.

In other words, this has nothing to do with democracy – just as author and activist Tariq Ali recently told The Canary. That’s what peace activists, internationalists, major public figures, and others have all made clear for some time now. And we must listen to them.