At emergency meeting, author Tariq Ali explains why Venezuela coup has 'nothing to do with democracy' - Canary 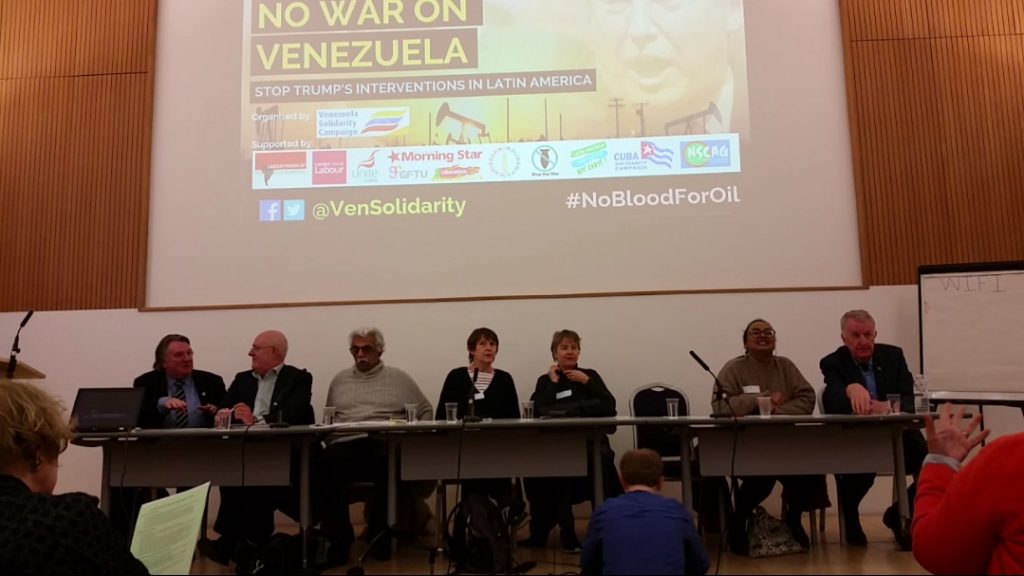 The Venezuela Solidarity Campaign (VSC) held an emergency meeting at the headquarters of the National Education Union (NEU) on 31 January. And renowned intellectual and author Tariq Ali gave a powerful speech to a packed audience.

Speakers at the event also included Kate Hudson of the Campaign for Nuclear Disarmament, Christine Blower of the NEU, Douglas Nicholls from the General Federation of Trade Unions (GFTU), and VSC coordinator Matt Willgress.

The event came as many other people in the UK, US and around the world have been holding meetings and demonstrations in response to the ongoing US-led coup attempt in Venezuela.

The Canary was at the meeting. And we spoke to Tariq Ali before it began. He explained that:

This is yet another example of regime change carried not by military means so far but carried out… [by] misusing [institutions] to try and get rid of an elected government. Juan Guaidó, who has been imposed on the people of Venezuela – they hope, represents a tiny organisation, a far-right organisation, and has been trained by the United States for some time. He is a US asset.

Ali then emphasised that:

Regardless of any criticisms one may or may not have of [Venezuelan president] Nicolás Maduro or the mistakes made by the government, the reason… attempts are being made to topple him and impose a stooge American politician, like they attempted to do in Libya and elsewhere, is because the Americans want a new government; they don’t care a damn whether it is elected or not. And for that reason alone, it is absolutely necessary to oppose this act.

“Nothing to do with democracy”

Ali then called out the “mainstream media”, saying:

The fact that so many mainstream media organisations are now part and parcel of these adventures that the Americans embark upon – and that the European Union countries, Britain included, have by and large (with the exception of the Tsipras government in Greece) supported this manoeuvre – indicates as to how the one word they shouldn’t use is ‘democracy’.

The situation arises from the cruel US-led attack on Venezuela by way of torture through sanctions designed to starve the Venezuelan people. 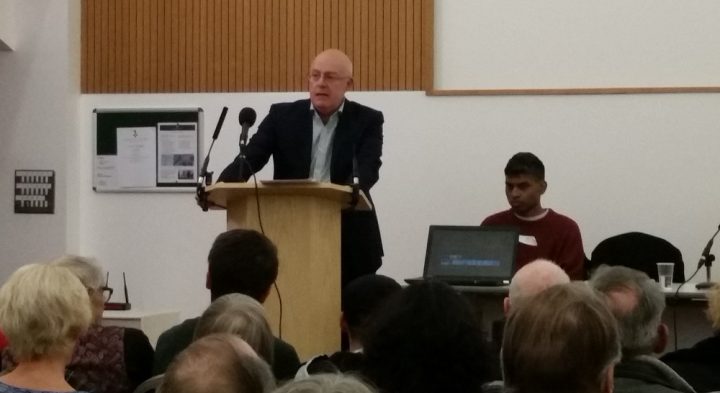 He also referred to the fact that major global trade unions have condemned the US-led “recognition of Juan Guaidó” as interim Venezuelan president.

The speakers were unanimous in their denunciation of the actions of “right-wing” governments in collusion with the coup. They also called for increased solidarity with the people of Venezuela by any appropriate means at people’s disposal.

Everybody held signs at the end and shouted “no blood for oil” and “no war on Venezuela”. 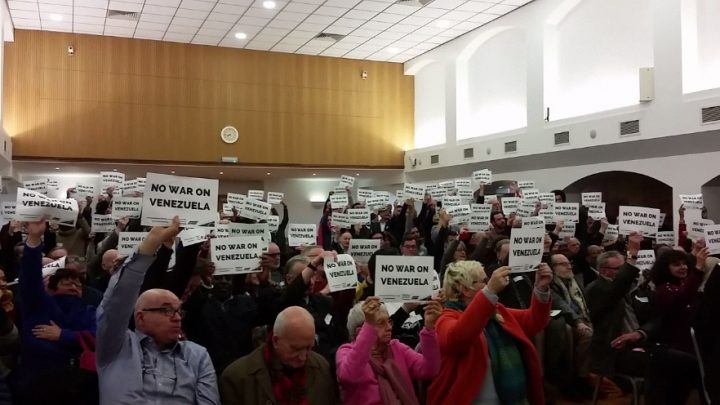 As the imperialist pressure continues to mount on the people of Venezuela, we must all do whatever we can to end this crisis imposed by reactionary governments around the world.