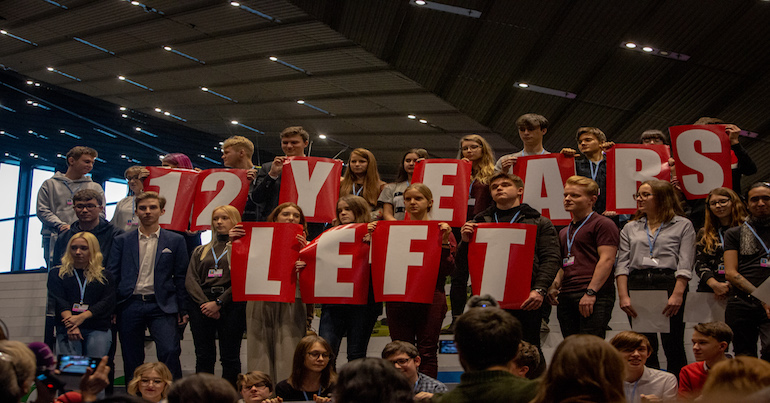 Please share this press release with details of the #SchoolStrike4Climate on March 15th 2019 to as many people as you can and support students across Ireland in taking action. https://t.co/b6nlEg9UkU #climatestrike #ClimateBreakdown @KOSullivanIT @deshocks @codohertynews

Inspired by Swedish climate activist Greta Thunberg, the students are set to protest on 15 March. According to the press release, these protests aim “to highlight the dangers posed by the failure of adults to address climate change”.

If we don’t act now we may not be able to act at all.

The students are planning a number of actions on the day. Some of their activities will include protesting outside the Irish parliament and local government buildings, as well as protesting outside their school gates. Their intention is to join in protest with other school students from around the world on 15 March.

One school principal said that it was “inspiring” to see these students “so passionate”. And he urged “other school leaders to join the network and support their students”.

This is us trying to make a bigger impact on the world.

In the meantime, some students will protest outside of the Irish parliament in Dublin every Friday. Other students are planning similar protests in Cork in the lead-up to 15 March.

As The Canary has previously reported, students worldwide have already protested against the inaction of their governments in combatting climate change. This included protests outside parliament in Dublin.

The passion of young people standing for #ClimateAction
In Ireland. Powerful stuff.

Every Friday at 1pm outside the Dail.

“It’s their future that’s being messed with”

Noel Cunningham, a science teacher in Dublin, insisted in the press release that teachers and parents “owe it to young people to help them get more involved in protesting about” climate change. And he said:

After all, it’s their future that’s being messed with.