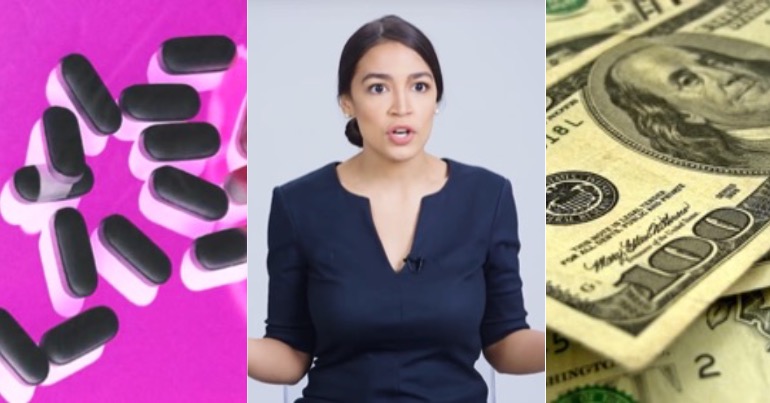 One of America’s most radical congresspeople continues to make waves in Washington. And this time Alexandria Ocasio-Cortez has taken aim at corporate titans in big pharma.

She pointed out one inconvenient truth for the ‘capitalist’ giants: why are publicly subsidised drug corporations allowed to privatise their profits and charge the public huge fees?

Ocasio-Cortez has made a complicated issue extremely simple. She asked, if the American public is an “early investor” in the research and development of drugs, then why does it get no benefits in return?:

Big Pharma companies often say that drugs “need” to be expensive to fund research. What they don’t tell you is that they use *publicly-funded research* for expensive, privatized drugs.

This week on Oversight, @RoKhanna and I exposed how this scheme works:pic.twitter.com/ELbllU3Fxy

Ocasio-Cortez received a great deal of praise for her questioning, including this moving account:

My first sustained activism was in fighting so that the public would benefit from publicly-funded scientific research.

12 years later, I'm dying from a disease with no cure because big pharma invests in ads not research.

I am grateful to you beyond words, @AOC & @RoKhanna. https://t.co/6iocCqmvM2

Others working in the industry shared their infuriating stories of a corrupt system:

100% @AOC. I specialize as a Grants Accountant. I worked for one of the top Cancer Research Companies preparing grant applications, for the scientist, to NIH. Government funds most of the research which is purchased, deeply discounted, by big pharma who then apply for patents. https://t.co/sTHvSCY383

But this issue isn’t exclusive to the United States. As argued in a joint report between STOP AIDS and Global Justice Now, the NHS is also being “ripped off” by British pharmaceutical companies. As the Independent wrote when summarising the report:

The NHS is spending millions of pounds on medicines that were discovered with taxpayer-funded research.

The UK is after all:

the second largest funder country of global health research and development after the US.

The Global Justice report also damningly showed that two of the NHS’s most expensive drugs were developed with substantial sums of public money. For example, the prostate cancer drug, Abiraterone, was:

developed by the primarily publicly funded Institute of Cancer Research and later bought by a subsidiary of Johnson & Johnson. The advanced prostate cancer treatment was deemed too expensive for the NHS for years. The NHS now spends £98 per day per patient on the drug, despite a generic alternative being available for less than £11 per day per patient.

Such an extortionate system cripples the NHS. Between 2011 -2016 alone, the NHS spent 15% of its annual budget on drugs – which is more than its current spending deficit.

In essence, drug companies are selling back drugs to the public for huge profits that they have already paid to develop. The situation was described by Heidi Chow of Global Justice Now as “nothing short of daylight robbery of British taxpayers”.

When the public sector contributes, it gets a share of the rewards – this should be the principle at the heart of life sciences innovation.

And one Twitter user gave another simple solution to the problem:

Drugs funded by government research grants should not be eligible for private patent applications.

Ocasio-Cortez raised an issue that is important both in the US and the UK. And it begs the question – if the state can fund and develop drugs, why not take them out the private sector completely? Medicine should be a human right, not an opportunity to financially exploit the sick.