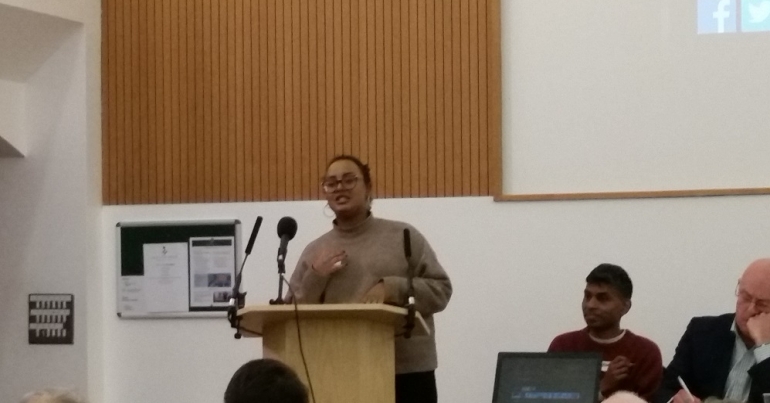 Newly elected Labour National Executive Committee (NEC) member Huda Elmi blasted the Western-backed coup in Venezuela on 31 January. Elmi was among the speakers at an emergency meeting hosted by the Venezuelan Solidarity Campaign (VSC). The Canary was in attendance and spoke to Tariq Ali who explained why the coup had “nothing to do with ‘democracy”.

Elmi’s contribution was significant given the smearing of Jeremy Corbyn for his solidarity and willingness to oppose imperialism.

She pulled no punches with her scathing attack on the ongoing coup attempt:

We in the British Labour movement say the same to Donald Trump and his ally Theresa May no more Vietnams and whilst we are at it, no more Iraqs or Libyas either. 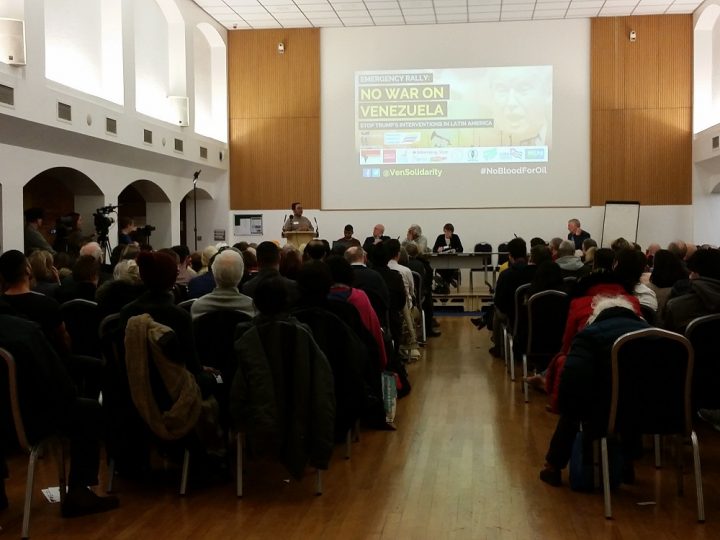 She described how the US was facing:

an existential crisis to that assumed right to dominate and terrorise sovereign nations in its backyard…whose defiance is an insult and embarrassment to their power. This time when Venezuela ran into economic problems, the vultures struck. They saw opportunities and imposed withering and inhuman sanctions to starve people into submission. And trade restrictions that make recovery nigh impossible.This will not stop without opposition

Elmi put it to the audience that:

What has happened [in Libya and Iraq] will keep on happening, will it not, until we stand up and we say no more.

Yet Corbyn’s response was far clearer and unequivocal than that of the former US presidential candidate Bernie Sanders. The self-proclaimed ‘democratic socialist’ from across the pond disappointed many with his statements. Sanders appeared more concerned with criticising Nicolás Maduro’s government, regurgitating right-wing talking points without question, rather than condemning his own government’s illegal ‘regime change’:

The Maduro government has waged a violent crackdown on Venezuelan civil society, violated the constitution by dissolving the National Assembly and was re-elected last year in an election many observers said was fraudulent. The economy is a disaster and millions are migrating. 1/3

It took three tweets for Sanders to offer a muted reaction to the coup attempt:

But we must learn the lessons of the past and not be in the business of regime change or supporting coups—as we have in Chile, Guatemala, Brazil & the DR. The US has a long history of inappropriately intervening in Latin American nations; we must not go down that road again. 3/3

Tariq Ali addressed this point perfectly at the emergency meeting, making the point:

He then emphasised that:

But that is not the reason why Maduro is being toppled by the United States, because he made mistakes in the economy.

When supposedly progressive leaders fail to stand-up properly against imperialism we must call into question their priorities and world view.

Elmi showed her supporters and the wider world that, despite the Labour Party’s long imperial history, there are those within the party that will stand firmly and resolutely against racism, fascism, and imperialism.