Gotcha! A QC claims Theresa May is bang to rights under the Bribery Act 2010 - Canary 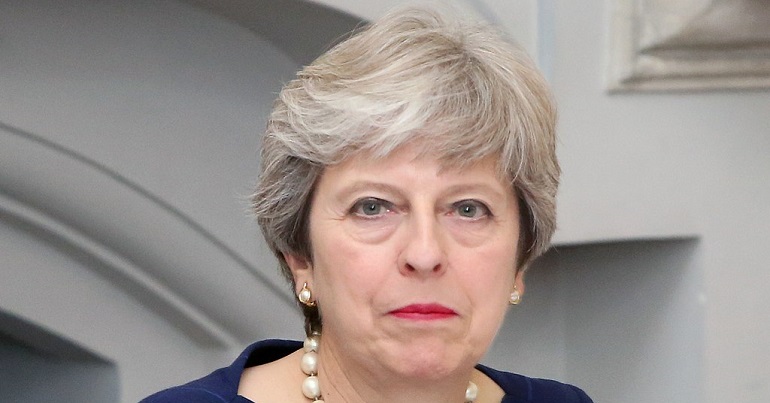 Prime minister Theresa May could be in contravention of the Bribery Act 2010. A leading QC has argued just that. And an examination of the law appears to show that May could have committed a criminal offence by ‘bribing’ Northern Ireland’s Democratic Unionist Party MPs and, more recently, Labour MPs.

Liberal Democrat Lord Thomas of Gresford QC is no legal lightweight. He’s held a number of high profile posts, including Shadow Attorney General 2003-2006 and 2007-2010. He’s a member of the House of Lords committee set up to examine the Bribery Act 2010.

In a letter to the Times published on 2 February 2019, Thomas accused May of committing bribery, referring to Section 1 and Section 2 of the Bribery Act 2010. Here’s his letter in full:

Any Labour MP seriously considering discussions with the PM should remember her record and that of her party going back generations. Quite simply, taking such a bribe would be fool’s gold.

Labour MP David Lammy went on to accuse any of his colleagues who accepted the “bribe” as cowards:

More fool them. Socialists my arse. Cowards and facilitators. History will be brutal. https://t.co/SKHzSzw1Xv

The Conservatives introduced pork-barrel politics straight after the general election because they gave a couple of billion to the DUP just to secure their votes… I think it degrades our political system and to try and extend it in this way, I think it’s dangerous for our democracy.

In June 2017 May also ‘bribed‘ the DUP, despite its historical association with paramilitaries. She gave it £1bn as part of a ‘confidence and supply’ agreement, to ensure her government survives. A further £1bn was provided to the DUP in October 2018.

Brexit has become a vanity project to May. Indeed, it’s clear May will do anything to push through a Brexit deal, no matter how bad it is. She’ll do so regardless of the knock-on effects for people across the UK, as long as it ensures Conservative party unity.

Meanwhile Lord Thomas has made it clear that in his view the Attorney-General should now investigate May and her apparent contravention of the Bribery Act.