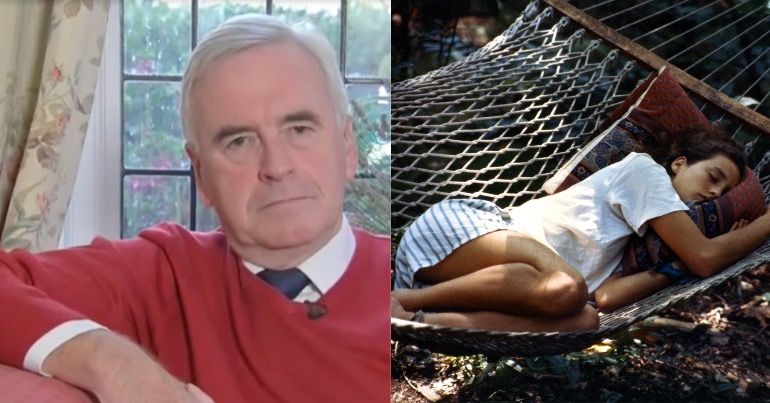 Labour Party centrists have stolen another weekend by focusing attention on their never-ending threat to split the party. But as they entertain ways to salvage their dying political careers, Labour’s shadow chancellor is embracing radical new ways to help people’s lives.

John McDonnell expressed his approval for the latest work by the thinktank Autonomy. It’s released a report, The Shorter Working Week: A Radical And Pragmatic Proposal:

💥💥💥NEW REPORT OUT TODAY 💥💥💥 ON THE SHORTER WORKING WEEK

“This is a vital contribution to the growing debate around free time and reducing the working week." – @johnmcdonnellMP

According to Autonomy, the work is endorsed by Labour MPs Clive Lewis and Dan Carden. It also has support from Green party co-leader Jonathan Bartley, journalist Owen Jones and Communication Workers Union general secretary Dave Ward. Not to mention the recent hero of Davos and author of Utopia for Realists, Rutger Bregman.

Working time to lose but social benefits to gain

Autonomy’s report outlines the benefits of a shorter working week and stresses that it is, “possible now and is not an abstract utopia”.

Even for those obsessed with economic growth and boosting productivity, a shorter working week is helpful. Germany’s workers, for example, work less on average than those of us in the UK and yet are more productive. Because of this, another upside of fewer working hours is that:

there would be no justification for cutting wages in tandem with reduced working hours (as productivity can often be maintained or even increased).

And the benefits of the policy extend far beyond productivity. According to Autonomy co-director Kyle Lewis:

From the effects of overwork on our mental and physical health, to the damage that the work-consume cycle does to our environment, governments have to realise that the key to a sustainable future is not more work, but a collective reduction in work.

As the report stresses, looking ahead to the future, we should harness automated technologies to liberate humanity from work further.

These benefits considered, it’s no surprise McDonnell has shown his approval:

With millions saying they would like to work shorter hours, and millions of others without a job or wanting more hours, it’s essential that we consider how we address the problems in the labour market as well as preparing for the future challenges of automation. https://t.co/QNW95GZVfs

A reminder of what matters

Our exploitative economic system lacks imagination for reform and it romanticises overwork. So the Labour leadership showing support for such radical measures that challenge this is welcome.

As centrists fight for their careers and cause yet more disruption that wastes party member’s energy, McDonnell reminds us that improving people’s quality of life is what matters.