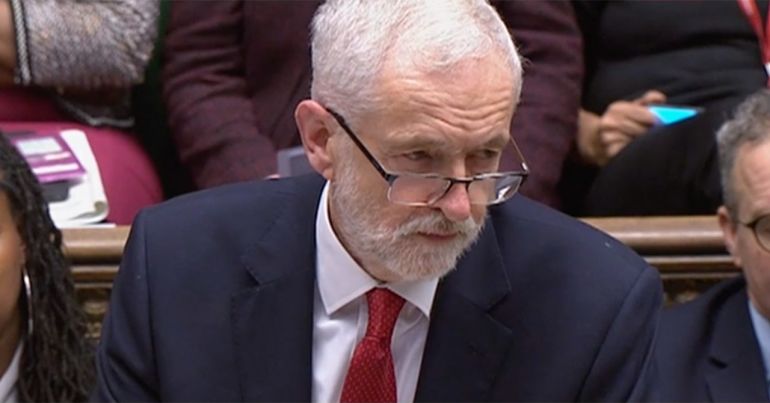 Leaked WhatsApp messages display Conservative MPs freaking out over facing Jeremy Corbyn in an election. On 3 February, Sunday papers speculated that Theresa May could call an election for 6 June. And Tory MPs were aghast at the prospect. 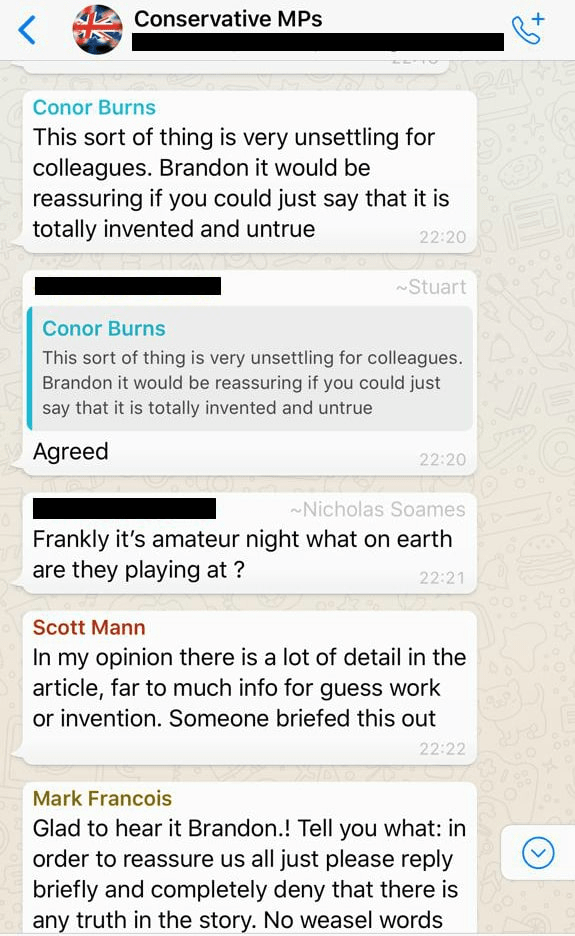 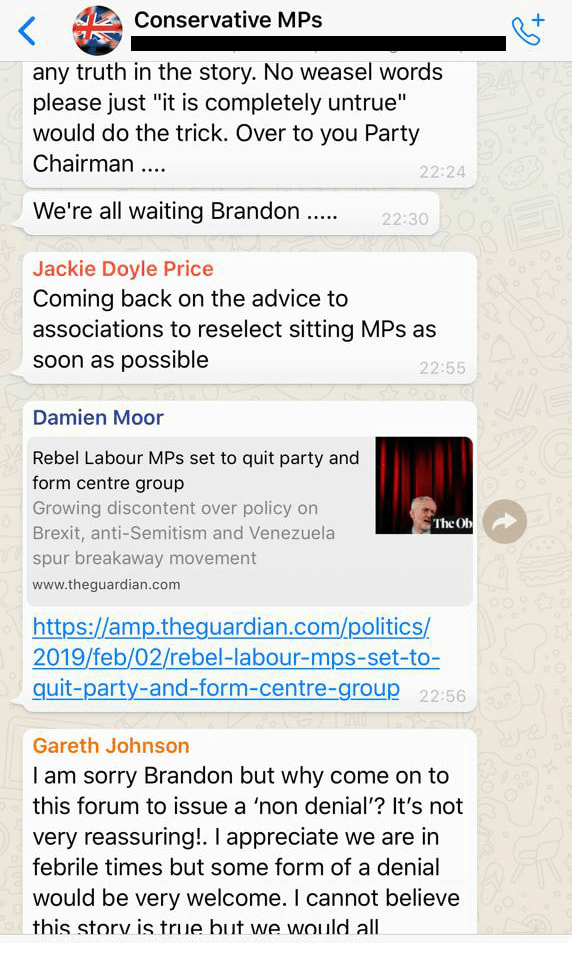 Publicly, Downing Street has denied reports of an incoming election. But Lewis refused to totally rule it out in the WhatsApp group: 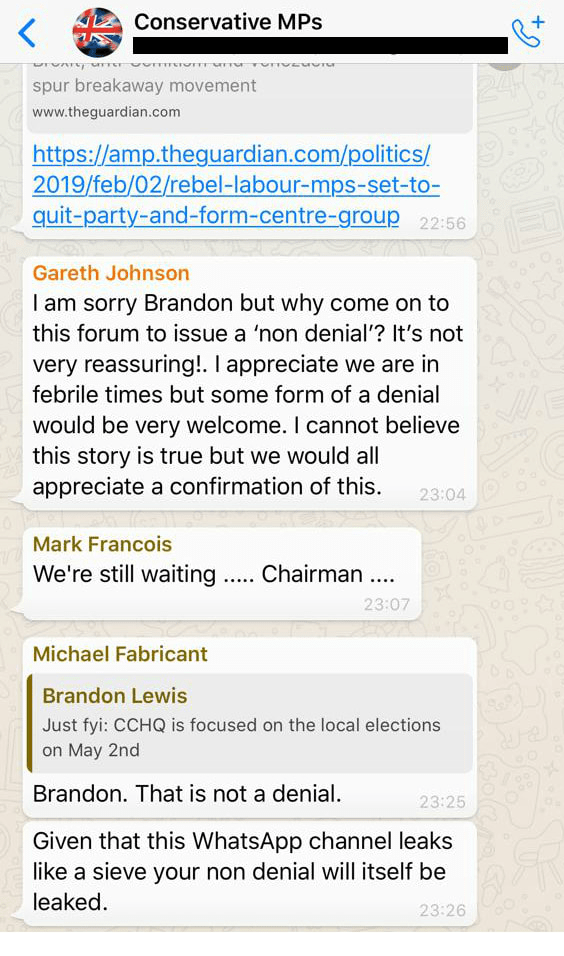 Meanwhile, a former spokesperson for Corbyn, Matt Zarb-Cousin, speculated that May might be talking up an election to pressure her MPs to back her Brexit deal.

On WhatsApp, the discontent continued: 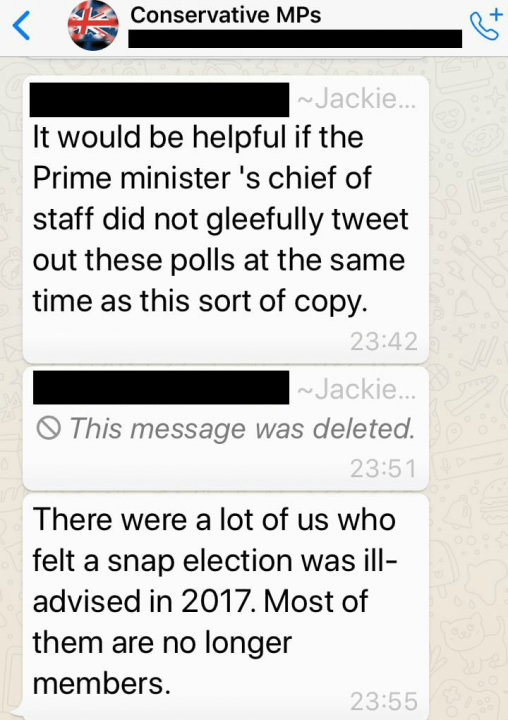 Lewis eventually responded, saying the party is “not looking” for an election (but getting the year wrong in the process):

Labour teed up an election victory

There’s a good reason Conservative MPs are frightened. Although Labour didn’t win the 2017 election, the party made significant gains and teed up a win for next time. 36 of the party’s top target seats have majorities of less than 2,000. Dozens of seats now have a high chance of turning red. In 2017, Corbyn’s Labour also broke records by leaping over 20 points in the polls and increasing the party’s vote share by more than at any general election since 1945. And this time the starting point is looking much better. Overall, the parties are broadly neck and neck in the polls.

So it’s no wonder Conservative MPs are panicking. They certainly should be.